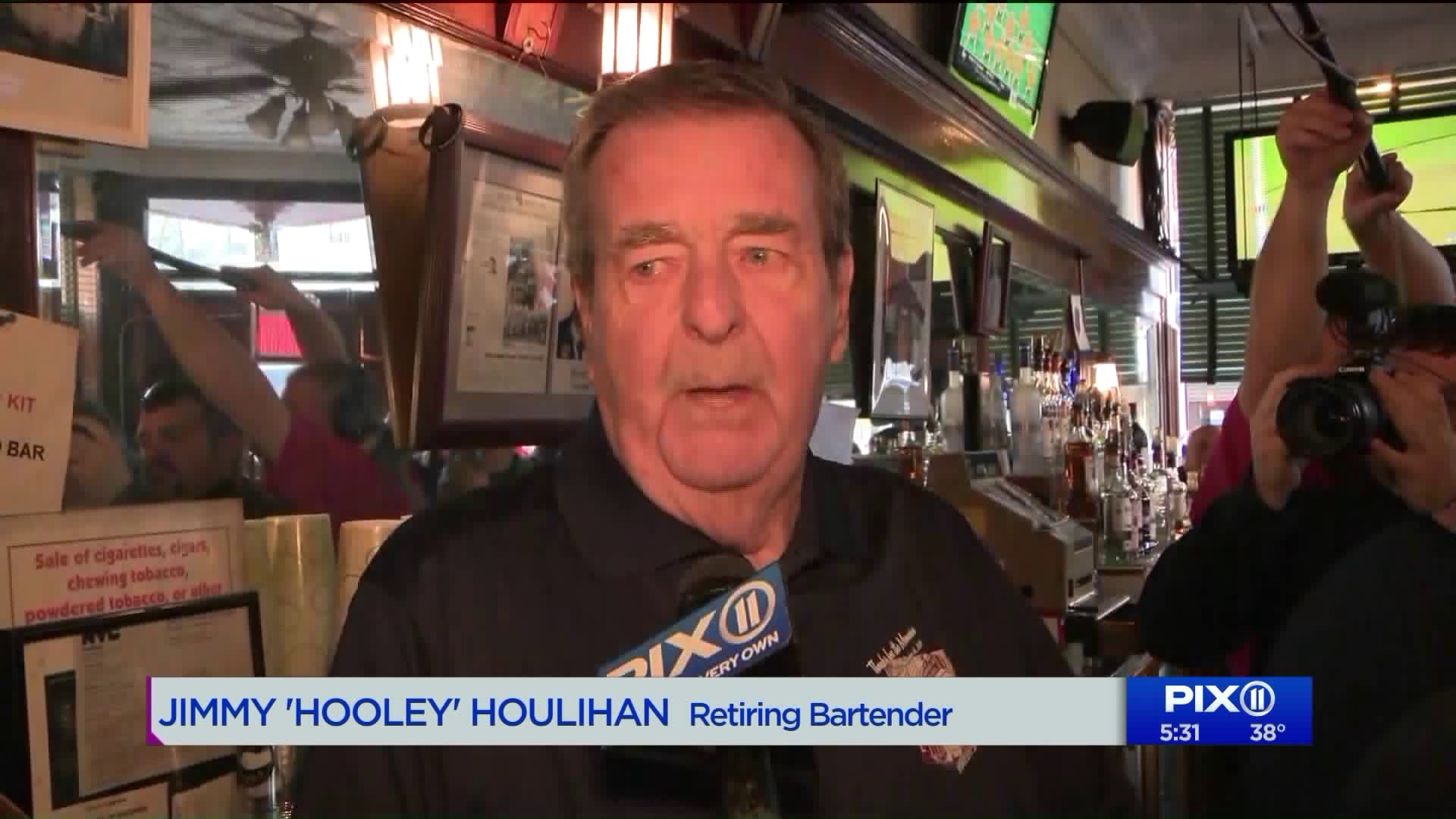 Magee Hickey reports from Windsor Terrace to celebrate a 50-year veteran of a local watering hole.

WINDSOR TERRACE, Brooklyn — He’s the unofficial mayor of Windsor Terrace, and after 54 years behind the bar at Farrell’s, Jimmy “Hooley” Houlihan is retiring.

“I have never met better people than we have right here,” Hoolihan, the retiring bartender, told PIX11 News.

“Hooley’s like the mayor of this neighborhood and he ran this bar like the town hall,” Denis Hamill, the writer/journalist and frequent customer at Farrell’s, told PIX11 News.

There were tributes, pictures of Hooley, a huge cake, an even larger card, and so many tee shirts thanking Hooley for the memories.

Farrell’s opened in 1933 and was one of the first to get a liquor license once prohibition ended.

It is so much more than a bar to these customers.

It’s the center of their community, thanks to Hooley.

“He’s done a lot of fundraising, for widows and orphans and the schools,” Andrea Sheridan, a Farrell’s customer, told PIX11 News.

Hooley, choking back tears, got to live his dream of buying the bar he loved after the second generation owner Eddie Farrell passed away.

And since Hooley’s still a co owner, he’ll be back two or three times a week, just not behind the bar.