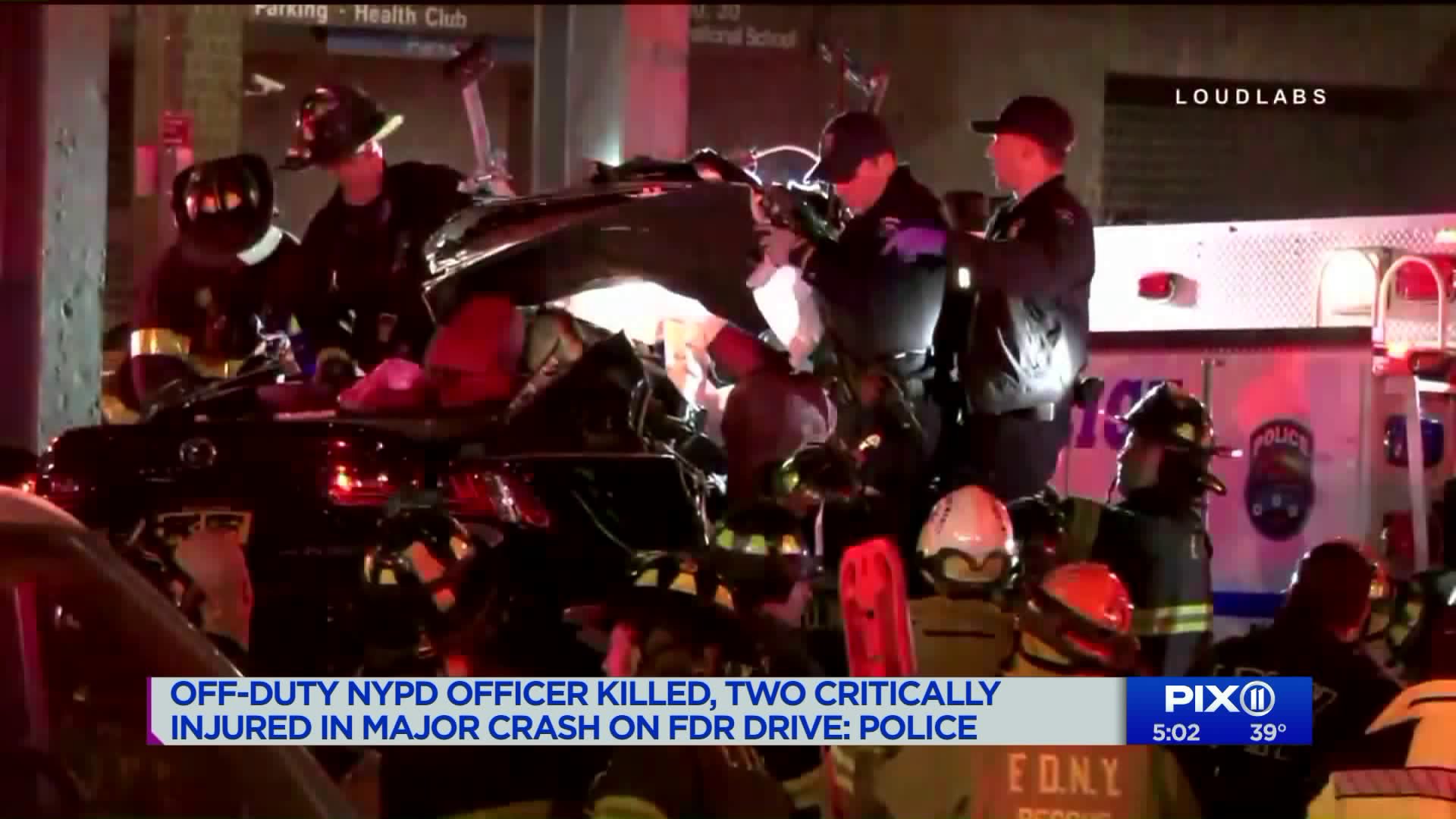 An off-duty police officer is dead and two people remain in the hospital after a major crash on the FDR Drive early Saturday in Manhattan, authorities said. 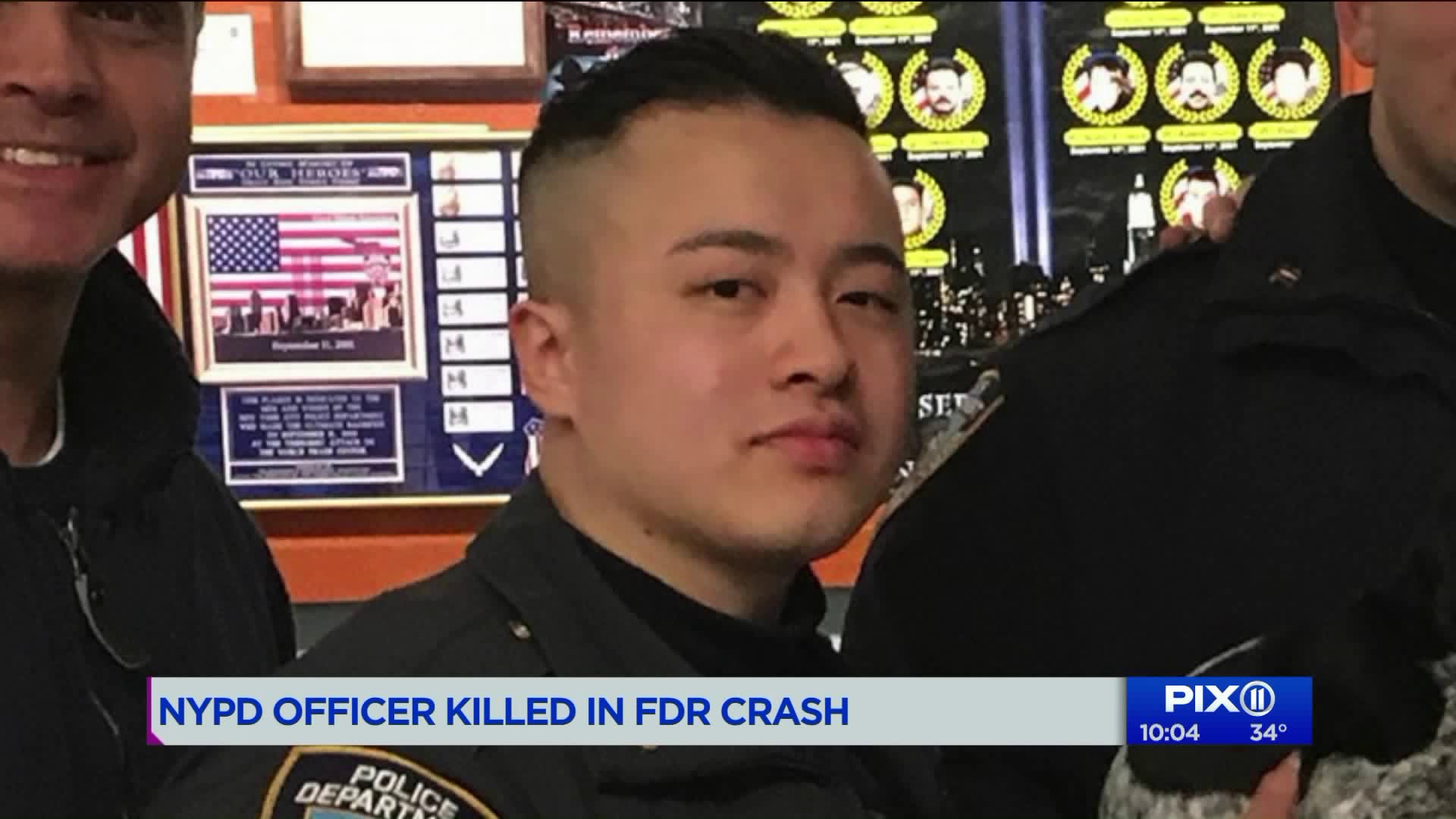 KIPS BAY, Manhattan — An off-duty police officer is dead and two people remain in the hospital after a major crash on the FDR Drive early Saturday in Manhattan, authorities said.

According to police, Garman Chen, 25, was was driving a Lexus northbound on the FDR around 2:30 a.m. when it mounted a median on the highway, near East 23rd Street in Kips Bay, and lost control before crashing.

Video from the Citizen App shows that the vehicle apparently crashed into or right under a pedestrian footbridge over the highway.

Officers responding to a 911 call found the driver unconscious and unresponsive and two passengers with serious injuries.

Chen, the 25-year-old officer driving the car, was rushed to a nearby hospital where he was pronounced dead, police said.

A 25-year-old female passenger was found in the vehicle with leg injuries and taken to a local hospital for treatment, officials said.

Another passenger, a 25-year-old man, was apparently ejected from the vehicle and found on the highway before being rushed to the hospital with injuries, according to the NYPD.

Shocking video taken by another driver and obtained by PIX11 News showed the crash.

According to Notify NYC, all lanes of the FDR Drive have reopened after they were initially closed early Saturday due to the crash. Expect residual delays in traffic, officials warned.

Police confirmed Chen's identity Saturday, as did Attorney General Letitia James in a Facebook post expressing her condolences. The identities of the other victims are not yet known.