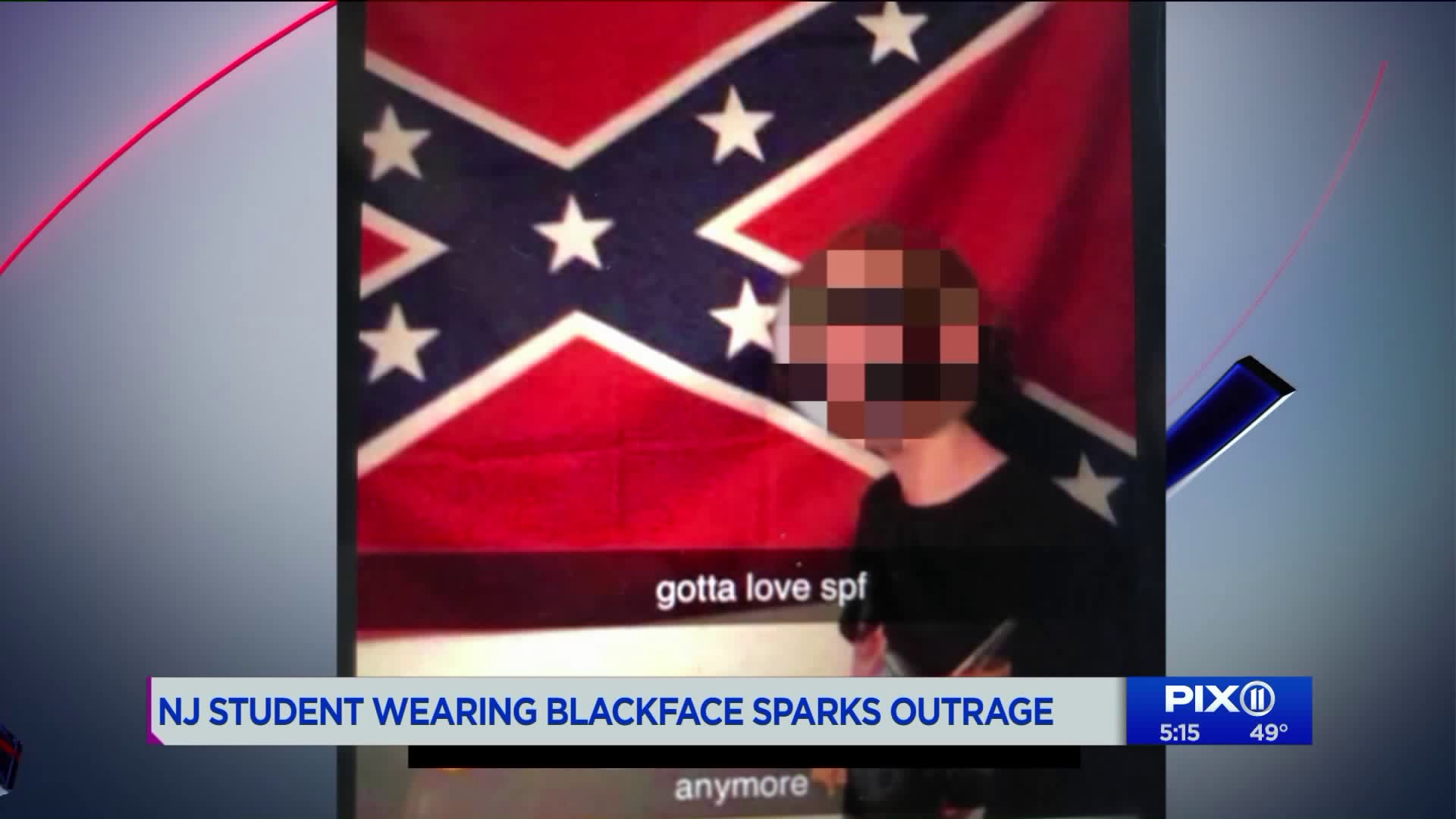 Officials at one New Jersey school are under fire tonight after not taking action against a student who appeared in blackface in a social media post.

SCOTCH PLAINS, N.J. — Officials at one New Jersey school are under fire tonight after not taking action against a student who appeared in blackface in a social media post.

A censored version of the photo surfaced online.

That photo not only caused widespread anger on campus but also got the attention of the police.

The photo showing a student wearing black face while standing in front of a confederate flag. The image first surfaced on social media last weekend and quickly sparked a firestorm on campus.

After the photo was widely shared online, a rumor started which suggested that the image was in fact some kind of threat which led the Scotch Plains police department to get involved. An investigation later determined there was no threat.

Following a week of controversy, many of the students are now calling on school officials to take action against the unnamed student.

The school’s superintendent told parents in a letter this week that even though it will take no action against the student, the school district is determined to combat hate speech of all kinds.

The superintendent did not respond to PIX11 News' request for comment.