Father and son may have been hit by car on purpose 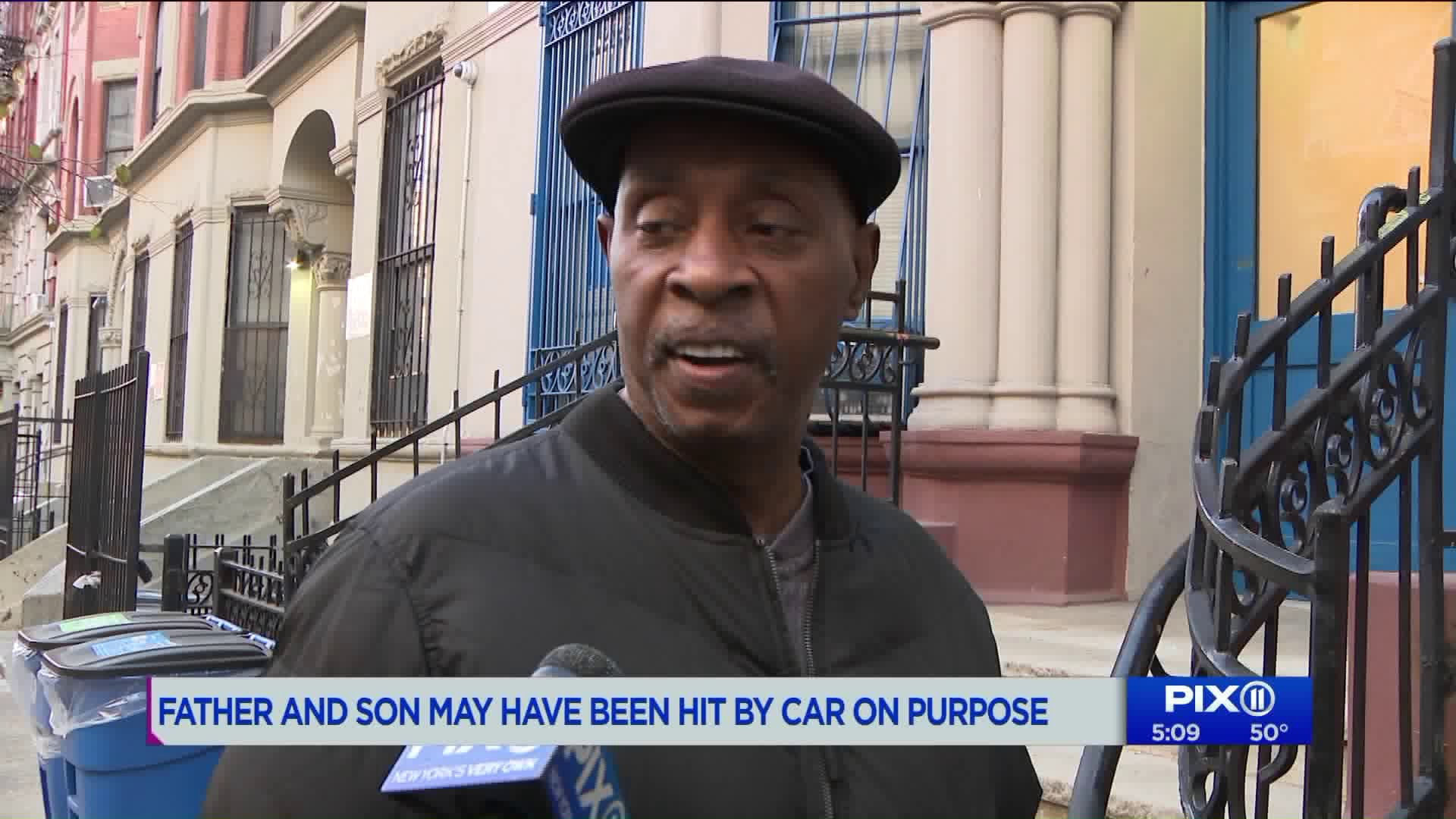 "How are you going to do that to a father holding a kid.?"That`s the Question everyone is asking after seeing this disturbing surveillance video.

HARLEM — "How are you going to do that to a father holding a kid?"

That's the question everyone is asking after seeing a disturbing surveillance video. The driver of a white BMW jumps a curb, plowing right into a father and his 8-year-old son.

The driver then backs up, jumps out of the car with his passenger, police say, then the driver then stabs the father before jumping into the passenger’s side.

The impact was so hard, the father and child went through this metal gate and down a flight of stairs. Police believe the father and the men had a prior beef and this was retaliation.

Police say after being stabbed, the father ran off, leaving his child behind. It was a woman, a Good Samaritan who helped the boy, gave him water and called 9-1-1.