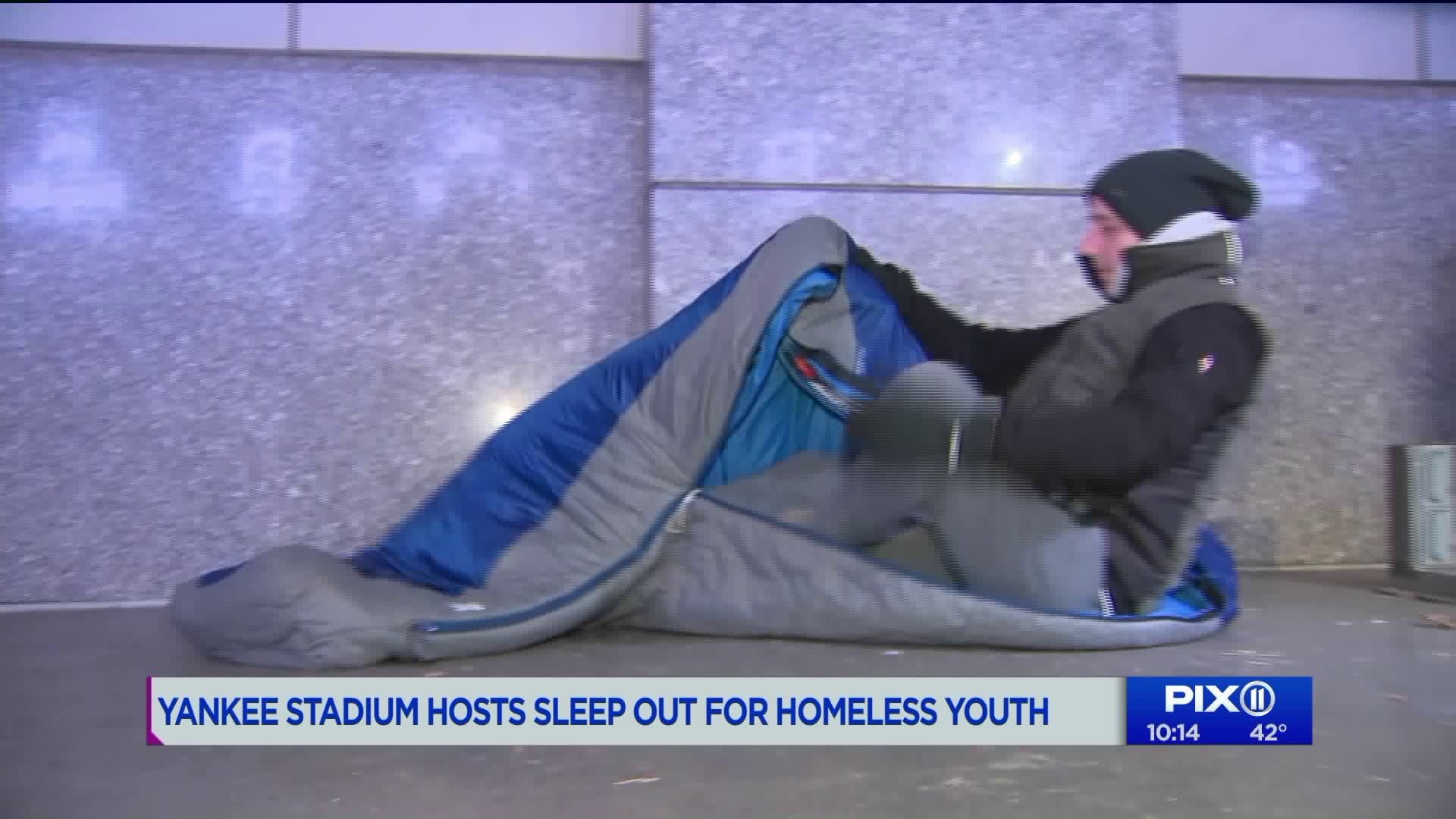 Hundreds of executives coming together to raise money for a great cause by turning in their beds for sleeping bags and cardboard boxes. They don't get much sleep, but Yankees General Manager Brian Cashman says that's kind of the point.

"If you get no sleep, which typically is the case, and you're really horrific you just wonder how people can adjust, survive with no knowledge of where your next meals coming, no knowledge of when you're next sleeping in a safe spot," Cashman said.

More than 4-million young Americans will experience homelessness this year. More than 33-thousand are in New York. Which is why Cashman participates in the Covenant House Sleep Out raising money to help homeless youth throughout the country.

"No way shape or form does it even come close to 365 days a year what people are having to deal with."

This is the ninth annual Sleep Out, but the first time it's taken place at Yankee Stadium.

"This a place of dreams and we have 2,000 kids with big dreams," said Covenant House CEO Kevin Ryan.

Ryan says the organization will raise more than $1-million at Thursday's event.

In total, they hope to raise about $10-million during 19 sleep outs taking place across the country this month. All of the money will help young people find a meal and a safe place to sleep.

"A lot of the kids have aged out of foster care or they're kids who are escaping human trafficking, they're young people who really need a break," said Ryan.

"They obviously need a place to lay their head so they can get a good night's sleep and three square meals a day on top of an opportunity," added Cashman. "And I can't imagine having to start behind like that."

Thursday's Sleep Out comes on the heels of a new initiative by the city to step up efforts to fight homelessness for people of all ages. Mayor de Blasio announced new training for 18-thousand public employees to identify and report homelessness.

The city is also hiring more than 550 new employees for its homeless outreach staff. It's all part of an effort to connect those in need with the available resources.