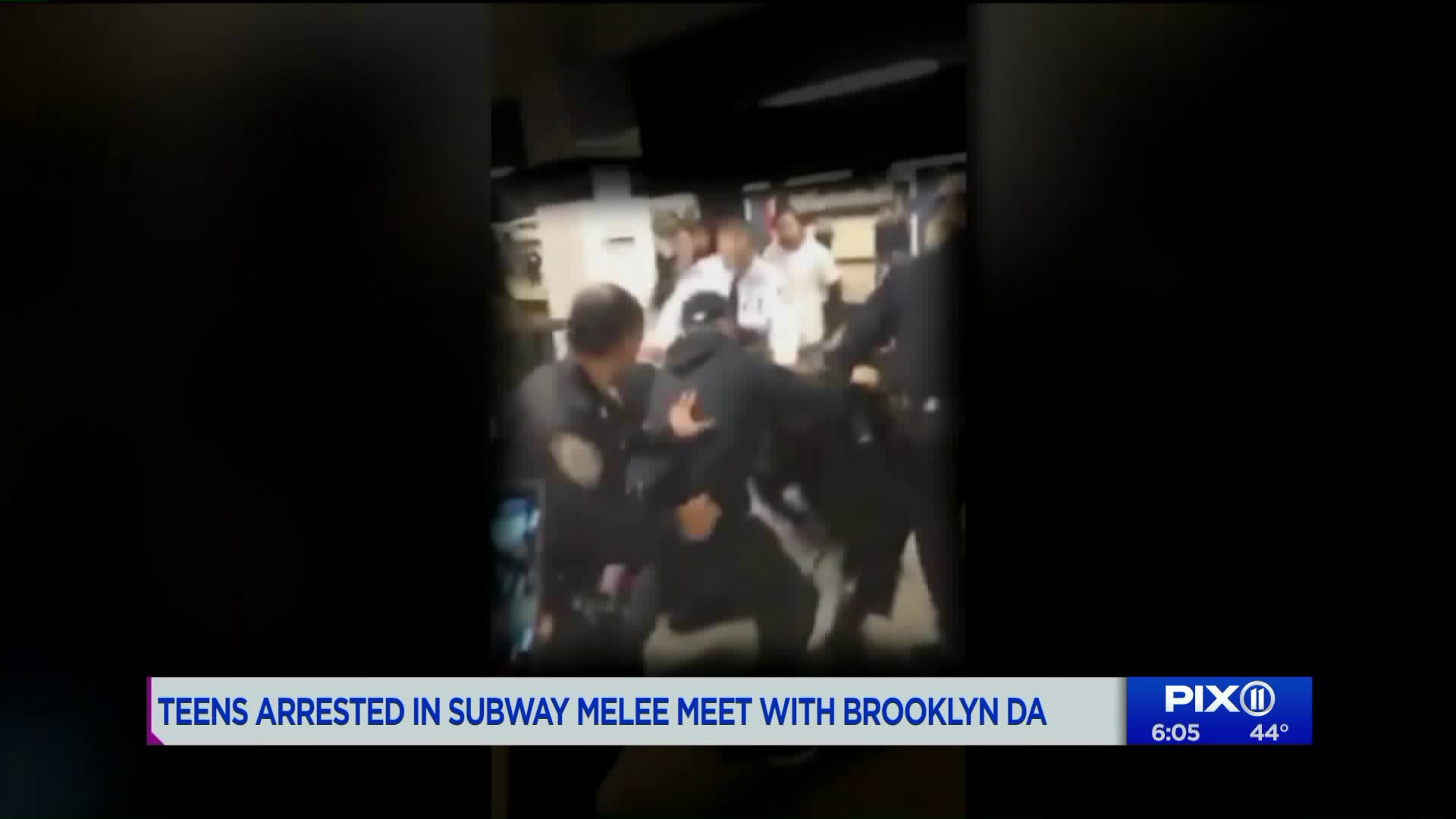 Four teens who were arrested following the wile melee met with Brooklyn District Attorney Eric Gonzalez. A probe into the officers` cnoduct is ongoing. A video of the fight went viral after an officer was caught on camera punching a teen.

BROOKLYN — Four teens who were arrested following the wile melee in a subway station met with Brooklyn District Attorney Eric Gonzalez on Thursday.

The meeting lasted over an hour.

The NYPD said two groups of teens were fighting in Downtown Brooklyn when it spilled down into the subway station. Cops from the 84th precinct followed. The ensuing chaos, captured on camera, shows one police officer throwing punches. A 15-year-old is also seen punching back.

The NYPD said the video does not show the whole incident. In a statement, the NYPD said, "We have determined that while the review of this incident is ongoing, the officer will be placed in a non-enforcement assignment. Importantly, in any situation — and particularly on subway platforms which are inherently dangerous places because of proximity to the tracks and moving trains— for the safety of all New Yorkers, people must not interfere with police activity, and comply with police directives."

Cristian Benavides has more on the meeting in the video above.