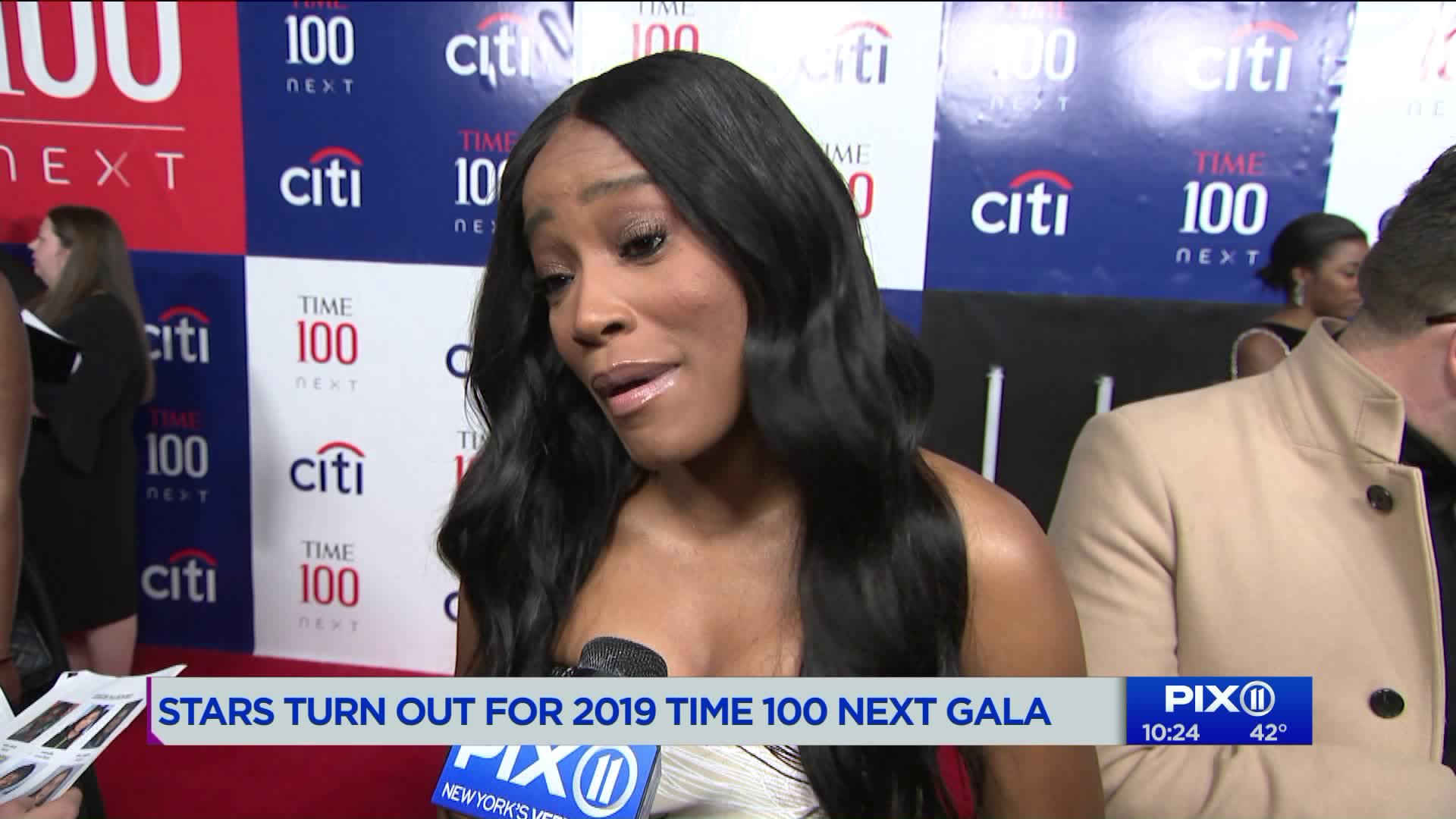 TIME Magazine is releasing it`s first ever TIME100 NEXT list, 100 rising stars shaping the future of their fields.

SEAPORT DISTRICT — TIME Magazine is releasing it's first ever TIME100 NEXT list, 100 rising stars shaping the future of their fields.

The up and comers ranging from politicians to athletes to actors to scientists and much more.

"When people acknowledge you or appreciate you for it, it's just icing on the cake," said actress/talk show host Keke Palmer. "It just propels you forward to know that in some way you are making an impact through your work."

The program is an expansion of the annual TIME 100 of the most influential people in the world - that list is released in the spring of every year. The up and comers list seems to slant younger.

"We've been doing TIME 100 for 15, 16 years and recently we have seen a rise in young people who are just doing amazing things," said Dan Macsai, Editorial Director of the TIME 100. "This list is all about the next generation who are the leaders of tomorrow,"

Walking the red carpet tonight at the Gala held at Pier 17 were many of the honorees, including Camila Cabello, the Cuban-American singer known for her hit "Havana." She also performed at this evening's event.

Another honoree, Olympic gymnast Aly Raisman, recognized for coming forward to reveal the years of sexual abuse she suffered at the hands of U.S.A Gymnastics team doctor Larry Nassar. Nassar was sentenced to 60 years in federal prison after pleading guilty to child pornography charges. He was later sentenced to 175 years in a Michigan state prison after pleading guilty to numerous counts of sexual assault of minors.

"It's important for me to look out for other survivors and to do the best I can to support other people," said Raisman. "I feel very lucky I have a voice and I'm so grateful for TIME to give me more of a platform."

On this year's cover is Chanel Miller. Miller only recently revealed her identity as the rape survivor who confronted her attacker, Stanford University student Brock Turner. In a case that made national headlines, the Stanford swimmer was convicted of sex assault, serving just three months behind bars, sparking outrage. Known as Emily Doe, went public just this past September, reclaiming her identity in her memoir "Know My Name."

Dr. Christine Blasey-Ford wrote the introduction for the piece in TIME. Dr. Blasey-Ford herself - making headlines when she testified Brett Kavanaugh assaulted her in college. Kavanaugh went on to be confirmed to the United States Supreme Court.

"For so many years I was anonymous, I didn't know how to reveal myself," said Miller. "Watching her testimony is a huge reason why I decided to reveal myself and to have her words continue to lift me and follow me means everything."