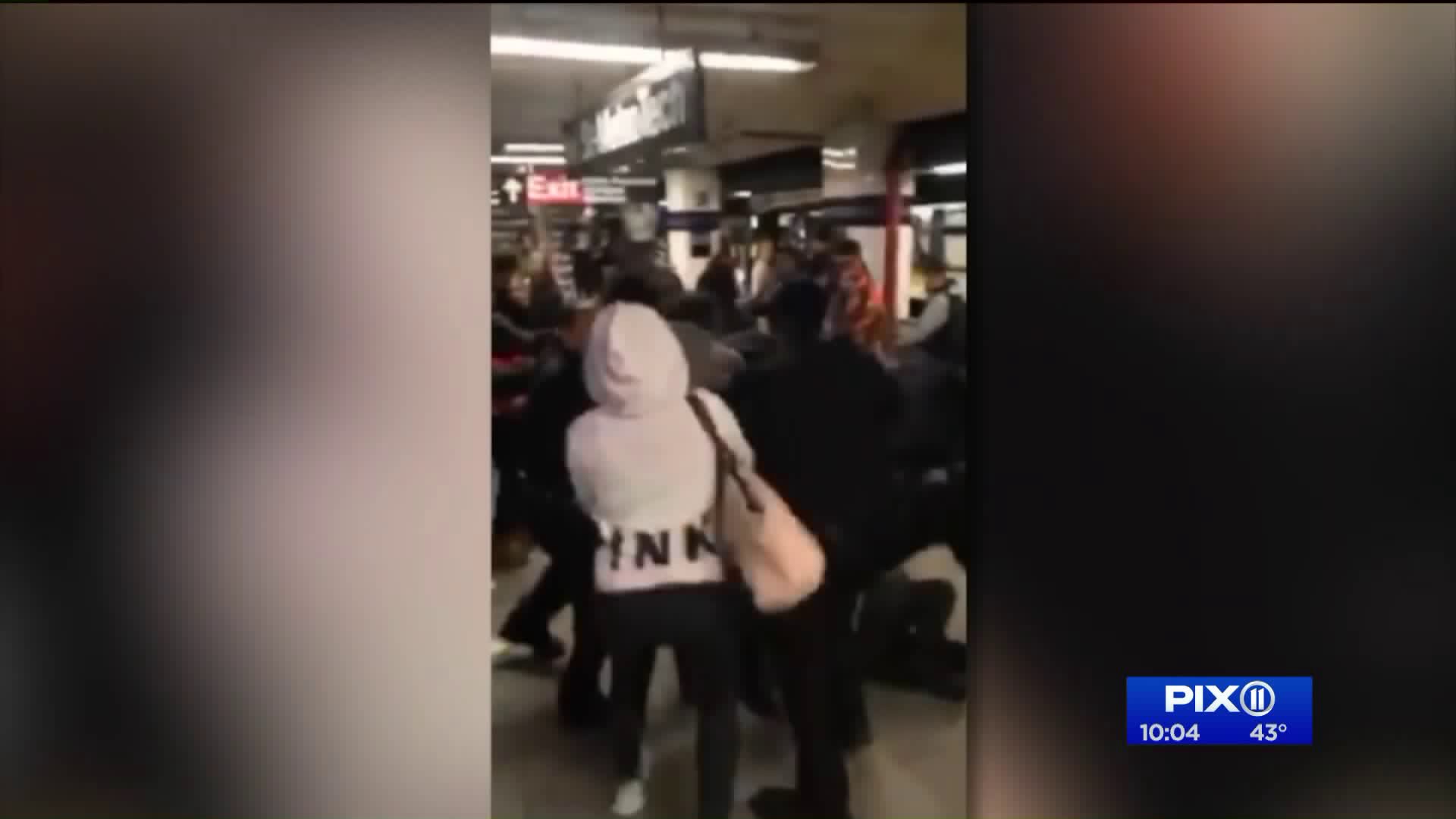 Police defended their actions in city subway stations Thursday when asked about the arrest of a man selling candy in Harlem and the summonses issued to women selling churros.

NEW YORK — Police defended their actions in city subway stations Thursday when asked about the arrest of a man selling candy in Harlem and the summonses issued to women selling churros.

There's no crackdown on vendors in the subway, NYPD Transit Chief Edward Delatorre said. There are about 90 percent fewer arrests now compared to five years ago.

The man arrested Tuesday night at the 125th Street station has a history of arrests NYPD Commissioner James O'Neill said. Video shows four officers holding him down as commuters yell at police. Police said he "failed to comply and refused to provide identification." The man was charged with obstructing governmental administration.

"We've seen a number of incidents over the last week or so that a lot of people in New York City are really concerned about," O'Neill said. "People need to feel safe in the subway. And you think 'well, someone selling candy - what does that have to do with safety? Someone selling churros, what does that have to do with safety?' It may have something to do with disorder. But when police officers ask someone for an ID, or they ask people to comply, they should comply.”

⚠️ WARNING :: POLICE VIOLENCE ‼️ THIS JUST HAPPENED AT 125TH ST IN HARLEM ✨ via @yxngtriton || THIS IS WHY WE ARE COMING OUT NOVEMBER 22 💥 #mta #nyc #NYPD #ftp pic.twitter.com/LywDwq0cm3

"The Office determined that these facts did not constitute Obstruction of Governmental Administration under New York law," she wrote in an email.

City and MTA officials weighed in on vendors in the subway system after the emergence of the Harlem video and the video of a churro vendor being handcuffed.

Mayoral spokesperson Freddi Goldtstein called on the MTA for change in a tweet.

"We’re calling on the MTA to designate zones where food vendors can sell their goods – freeing up our officers to focus on keeping New Yorkers safe," Goldstein tweeted.

"The city is responsible for the regulation and oversight of food vendors and the number of food vendors," Collins tweeted. "We will review the proposal when we actually receive it. This is about the safety and security of our riders — bottom line."