PIX 11 Investigates: Home health workers paid for only half of 24-hour days 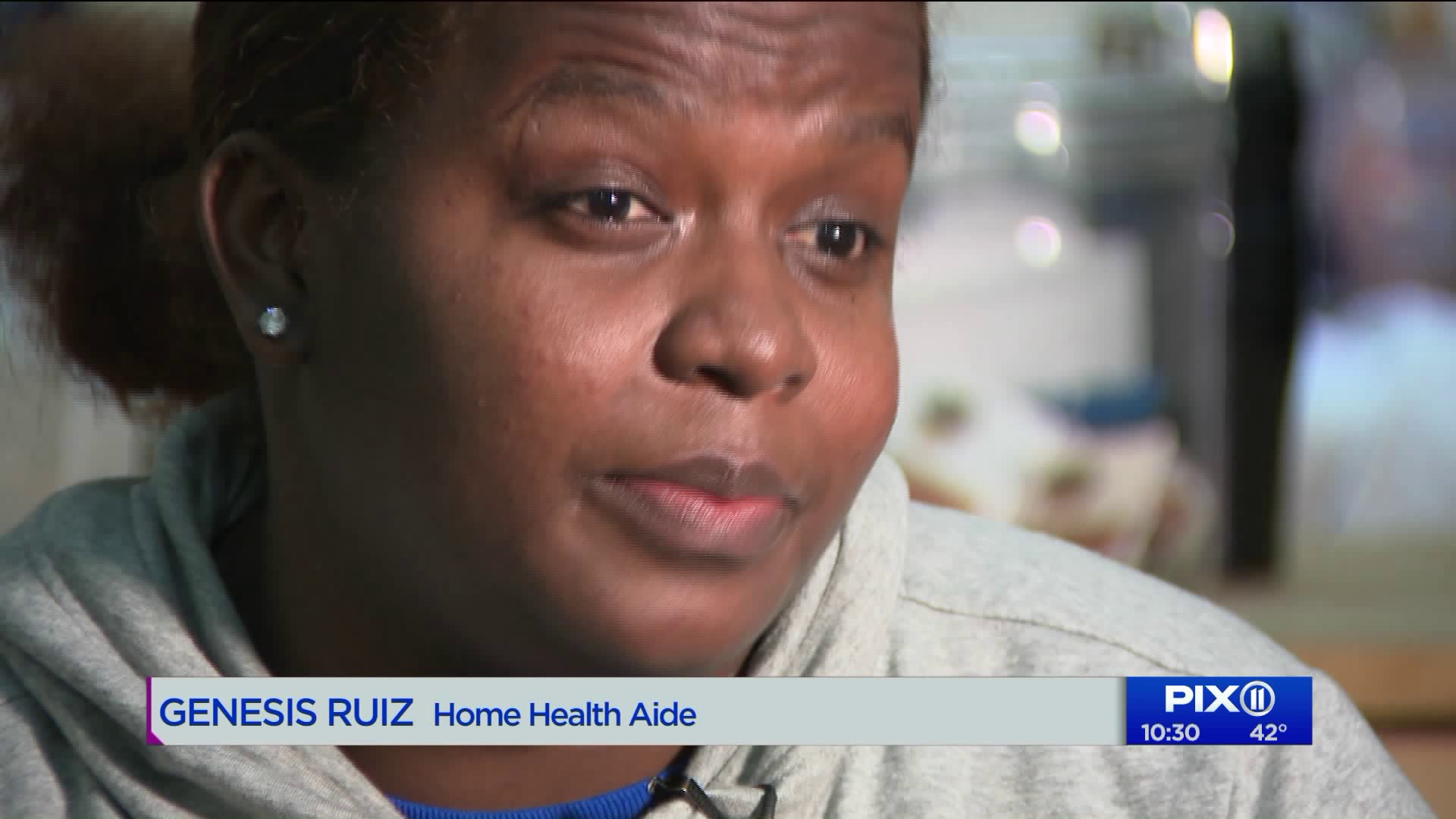 Hundreds of thousands of women of color are working dangerously long shifts and only getting paid for about half of their work.

NEW YORK — Hundreds of thousands of women of color are working dangerously long shifts and only getting paid for about half of their work.

Moreover, it is currently legal in the State of New York and is being funded with federal tax dollars.

Home health aides in the state work 24-hours per day, sometimes five days a week. They cook, clean, and generally help their patients with everything from going to the bathroom to running errands. The work continues straight through the night.

“During the night I have to check every two hours,” said Leticia Panama Rivas, a home health aide. “I have to make sure he’s breathing.”

The reward for all of that effort: only being paid for 13 of those 24-hours worked.

Here's why: Home health aides are reimbursed by the state, which gets money under medicaid from the federal government. New York State assumes home health workers have time to sleep, eat and take breaks. That logic dictates deserving about 13 hours pay, usually at around $18 per hour.

Aides Genesis Ruiz said those expectations are ridiculous based on routine patient needs.

“She usually asks for help 3-4 times per night, so there’s no way I can sleep,” Ruiz said.

“Your mind always has to be on the patient,” Rivas added more broadly.

State Assembly Member Harvey Epstein, a Lower East Side Democrat, is trying to pass legislation to bring some relief to the more than 230,000 health aides across the state.

“The idea we have workers in our city basically getting poverty wages, almost exclusively women of color, it’s not a New York I believe in,” Epstein said. “If you said this to a firefighter, 'you had to work 24-hours but we’ll only pay for 13 because we know you sleep and show for meals - that’s your down time,' you wouldn’t hear of it. It would not happen.”

Epstein’s legislation would require 24-hour days be divided among two workers doing 12-hour shifts. It would also cap the number of hours worked in a week at 50.

“The reality is, you don’t want someone providing healthcare to you who’s been up for hours and hours,” Epstein said, pointing out the dangers of the current system.

The cost of Epstein’s plan would be steep: roughly a billion dollar hit to the state budget.

However, overworked and underpaid healthcare workers is an even broader concern statewide. PIX 11 found nurses in Albany on strike facing benefit cuts and mandatory long hours.

Separate legislation is being considered to cap nursing-home hours as well.

Rivas wishes some protections had been in place for her. She now uses a walker after getting badly injured from lifting and moving a patient is the midst of working back-to-back-to-back 24-hour shifts.

The home health aide once paid with medicaid dollars is now herself in need of government assistance herself because of her medical condition.

Aides also raised concerns about the human and economic toll working 24-hours shifts take. They said they barely see their families and do not generally have a chance for continuing education to better their lives.