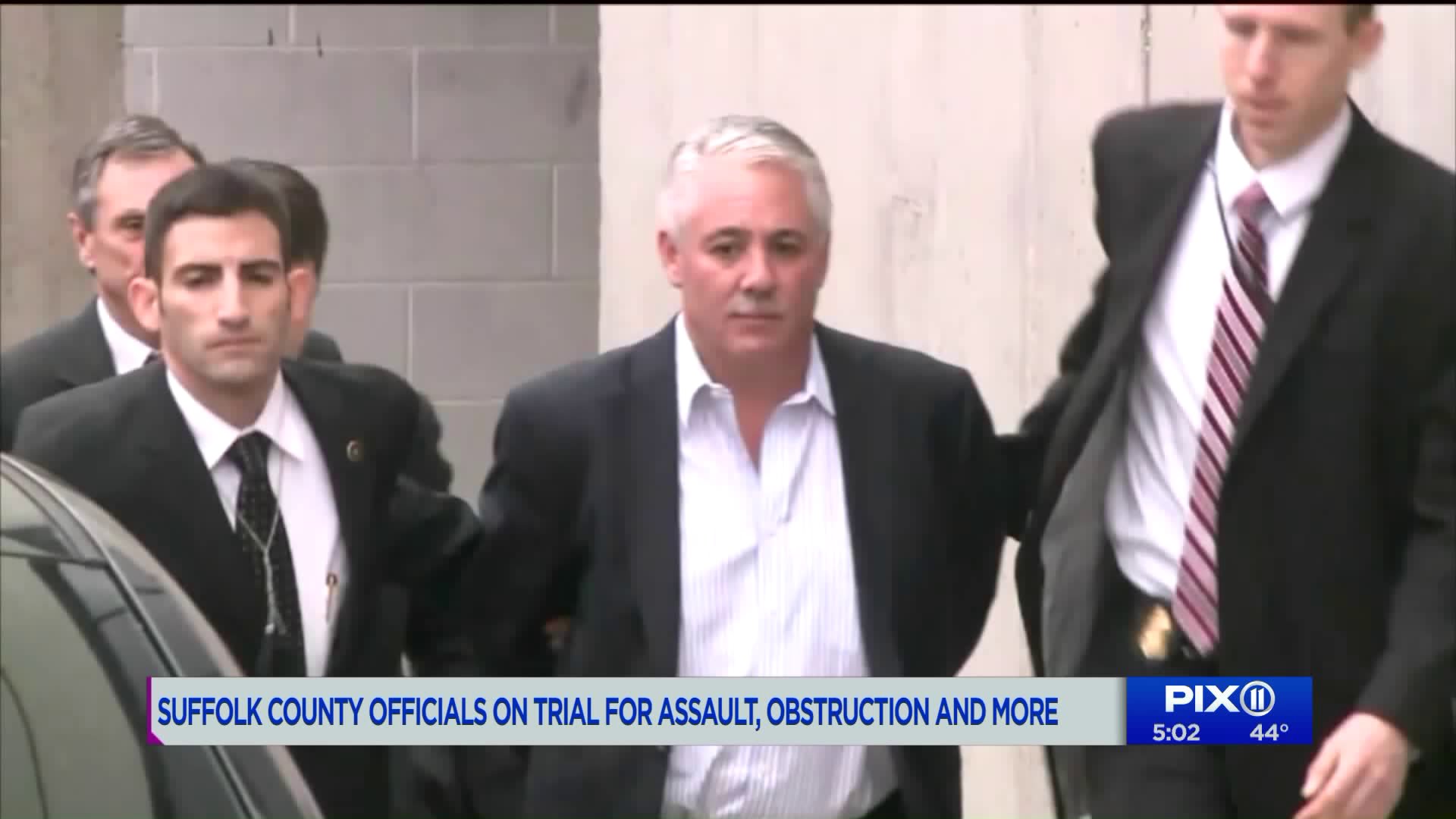 He was, until recently, one of the most powerful law enforcers in NY state. Now, former District Attorney Tom Spota is in court, accused of serious crimes.

CENTRAL ISLIP, Long Island — He was, until recently, one of the most powerful people in law enforcement in all of New York state.

However, on Thursday, Thomas Spota, the former district attorney of Suffolk County, was facing serious criminal charges. Also facing the same charges was one of Spota's most trusted assistants, former head of the government corruption investigation unit at the D.A.'s office, Christopher McPartland.

Typically, high profile defendants like them walk in to court with their attorneys, family, and friends in tow. On Thursday morning, though, Spota tried to duck in alone, only to encounter a PIX11 News camera. The same was the case with McPartland.

Both men are charged with witness tampering, obstruction of justice, conspiracy, and being accessories after the fact for allegedly trying to cover up felony crimes.

Specifically, the crimes of which they're accused involve covering for their friend, former Suffolk County Police Chief James Burke. In December of 2012, he tortured a prisoner, and Spota and McPartland helped him cover it up, according to the criminal complaint against them.

On Thursday, Loeb came to court, hoping to face the men that he, and prosecutors, said tried to cover up the abuse.

"I'm the victim of the crime," he said, outside of court, "and I wasn't allowed to even go into the courtroom."

Court officers, Loeb said, restricted him from entering the opening day of trial, after attorneys expressed concern that his presence could taint the proceedings.

Those proceedings stem from an incident in December 2012. That's when Loeb stole a duffel bag from Chief Burke's vehicle.

That alleged cover up, said Loeb, represents a much larger culture of corruption that the two men now on trial carried out.

He said that his presence at court on Thursday was not about "justice for me."

"It's for so many others that are in prison right now, whose voices have not been heard," he said.

Meanwhile, attorneys for Spota and McPartland argued that the prosecution's case will ultimately fall flat, because prosecutors' main witness, former top Burke lieutenant James Hickey suffered from "severe alcoholism," and had had to be hospitalized for treatment for "hallucinations, delusions, [and] paranoia."

Prosecutors said that Hickey turned to alcohol, and suffered from mental illness due to extreme stress imposed on him by Burke, who'd enlisted Hickey to ensure that any witnesses to the torture that the chief had administered be uncooperative with investigators.

The jury ultimately will decide. The trial is expected to last four weeks. If found guilty, Spota and McPartland face up to 20 years in prison.