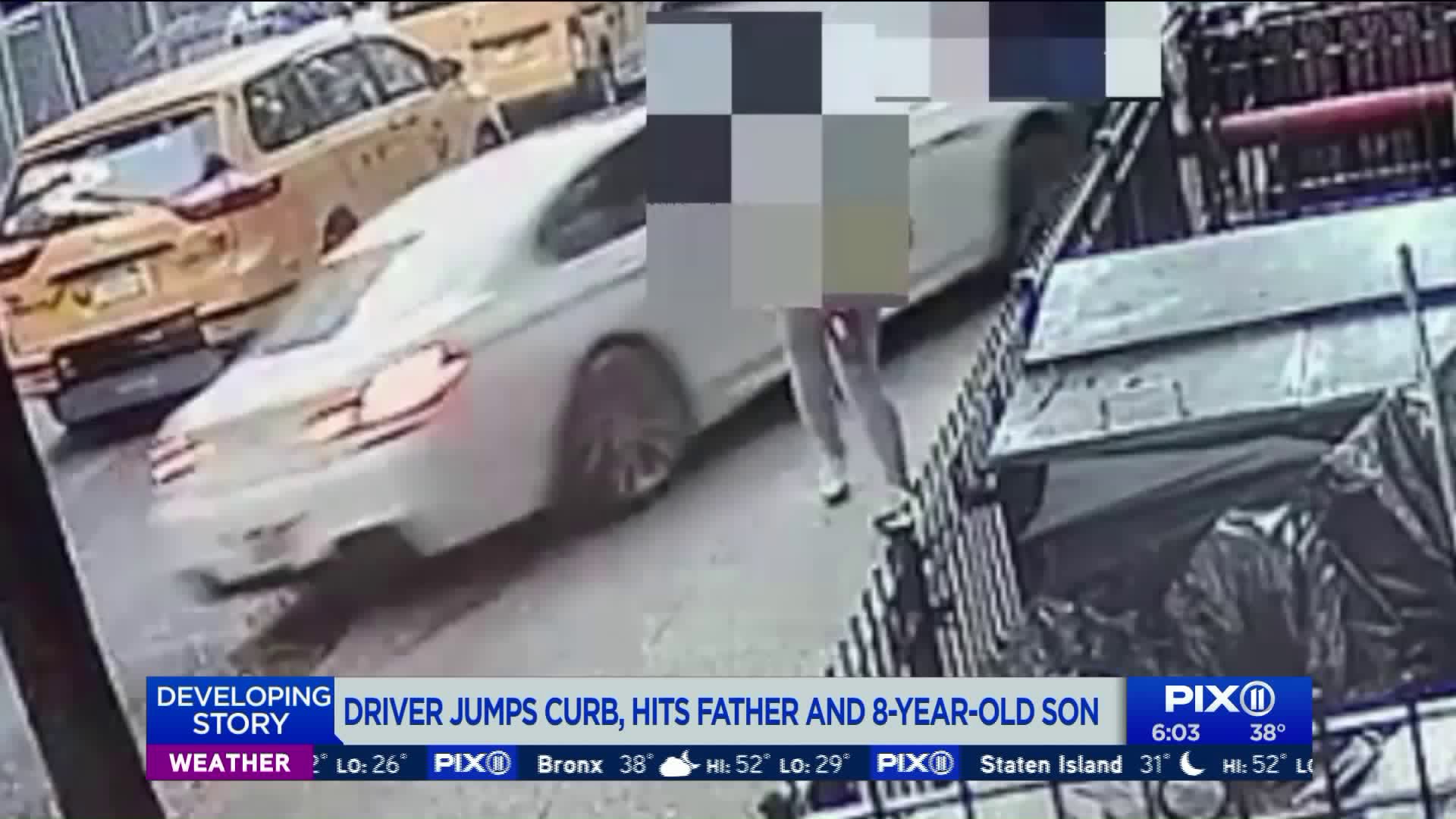 Police tell PIX11`s Anthony DiLorenzo that the attacks seems to be targeted.

HARLEM, Manhattan — A driver jumped a Harlem curb — striking a father and son out for a walk — and then got out of his BMW and slashed the dad, police said Thursday.

A driver jumped a curb in Harlem, hitting a dad and his son. Then the driver got out of the car and slashed the dad, police said. (NYPD)

The 32-year-old dad was on West 112th Street with his 8-year-old son on Nov. 6 when a BMW jumped the curb, officials said. The father and son fell through a gate.

The driver got out of the white BMW and slashed the dad.

Police said the man and his son were hospitalized with non-life threatening injuries.

PIX11's Anthony DiLorenzo learned Friday morning that police believe the father was targeted in the attack.

The father, while not a suspect, according to police, has a lengthy rap sheet and is believed to be involved in gang activity; this attack is thought to be gang related, police told DiLorenzo.

A good Samaritan rescued the boy after he was struck by the car, but the father left the boy behind as he fled the scene, according to police. The father was treated for his injuries but is not cooperating with the investigation, according to authorities.

Police have asked for your help identifying the driver.