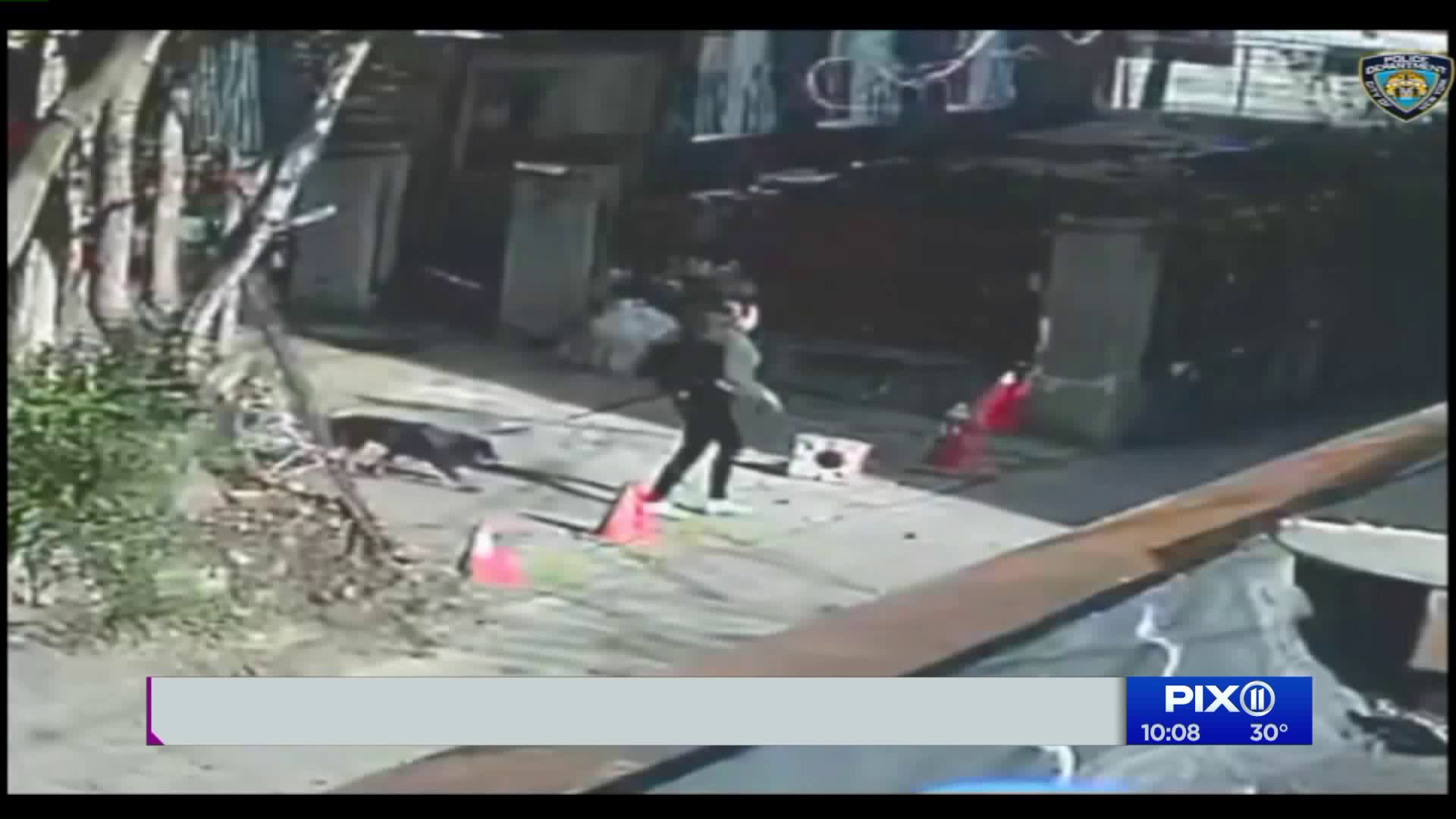 The New York City Police Department is asking for the public`s assistance identifying the female depicted in the attached video wanted for questioning in connection to a grand larceny that occurred within the confines of the 42nd Precinct.

THE BRONX — A woman is being sought in connection to a grand larceny case in the Bronx, according to police.

The incident took place on Saturday at 10 a.m. on Prospect Avenue. A 33-year-old woman returned to a building to retrieve her four dogs and discovered they were taken from the driveway of the location. Subsequent investigation determined they had been stolen by an unidentified woman observed on surveillance at 9:40 a.m.

The woman was seen on camera entering the alley where the dogs were kept and placed them in a red SUV.

Anyone with information in regard to the identity of this female is asked to call the NYPD's Crime Stoppers Hotline at 1-800-577-TIPS (8477) or for Spanish, 1-888-57-PISTA (74782). The public can also submit their tips by logging onto the CrimeStoppers website at WWW.NYPDCRIMESTOPPERS.COM or on Twitter @NYPDTips. All calls are strictly confidential.