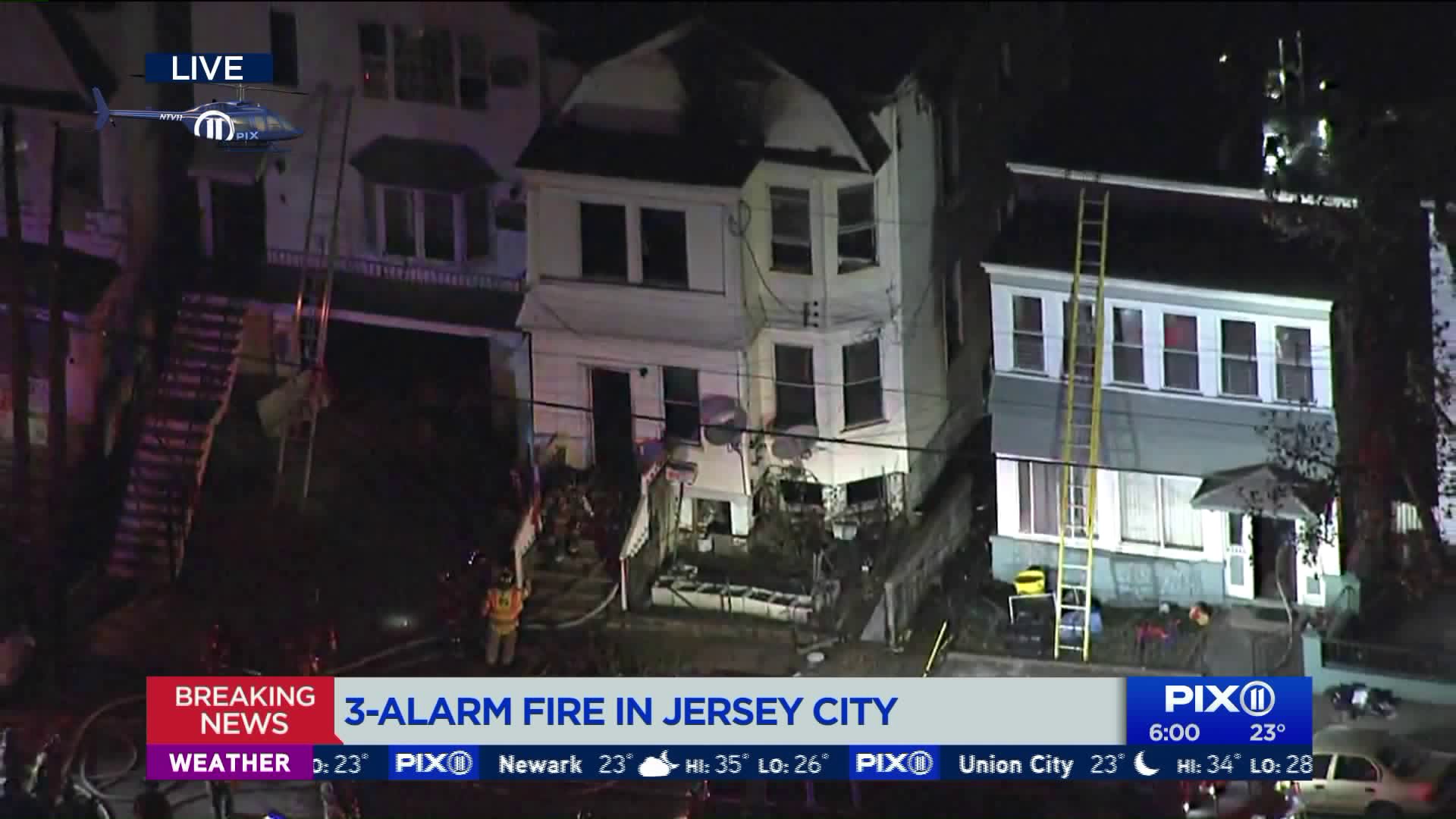 Firefighters worked to put out a three-alarm fire that tore through a house in Jersey City, New Jersey, early Wednesday. AIR 11 was over the scene and showed extensive damage to the house. 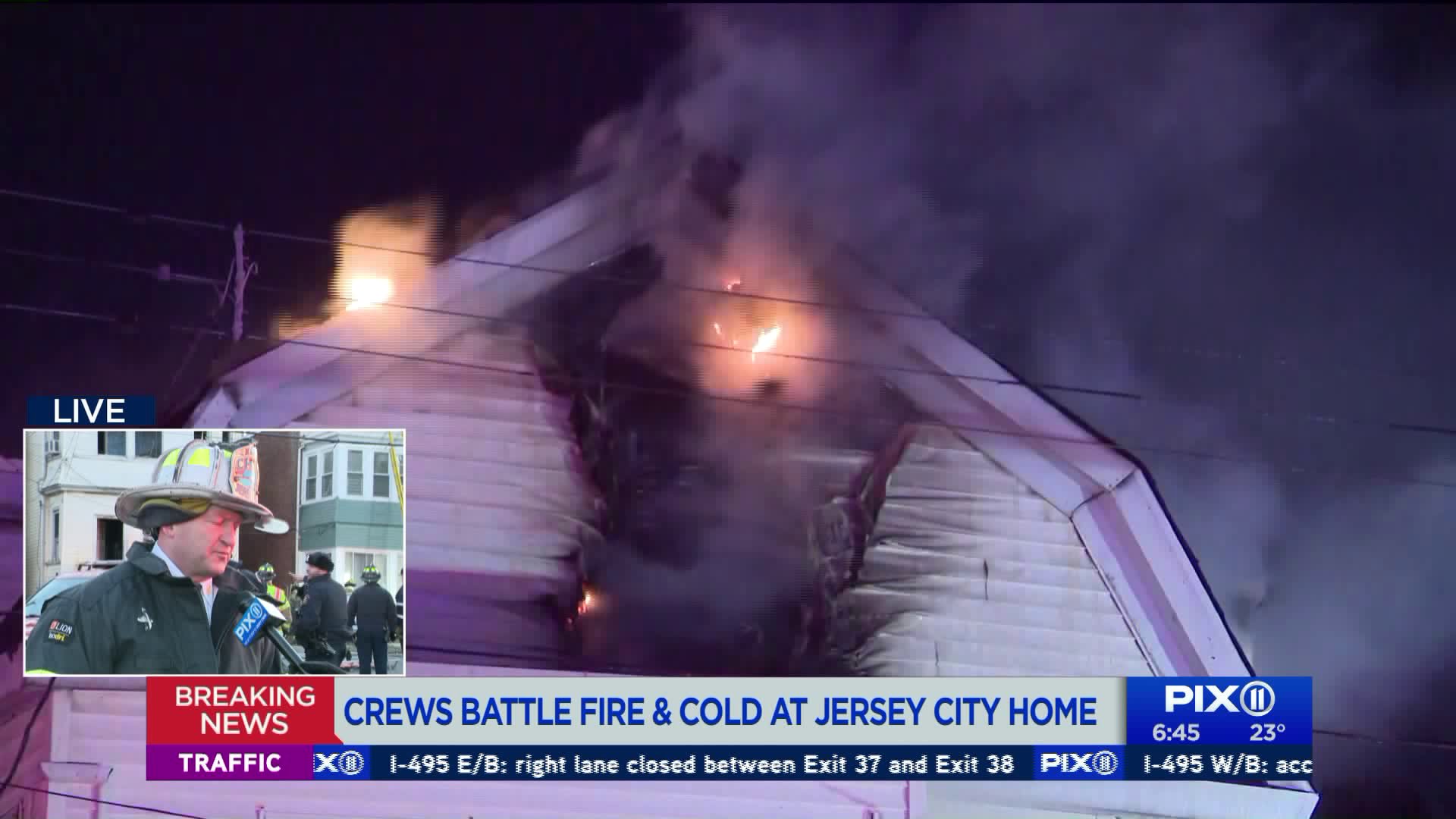 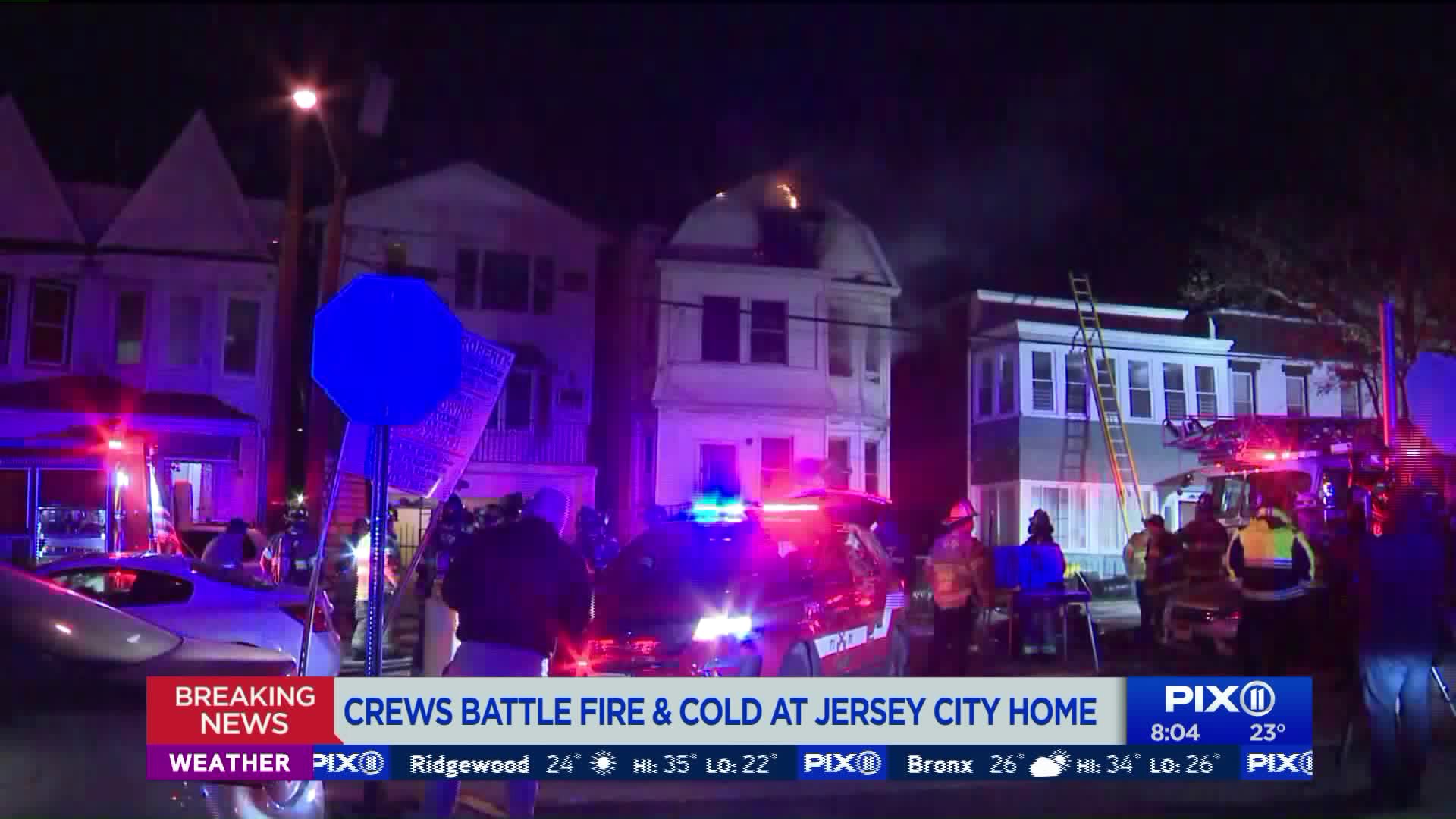 JERSEY CITY, N.J. — At least two police officers were injured and over a dozen people were displaced when a three-alarm fire ripped through four houses in a New Jersey neighborhood early Wednesday, according to authorities.

The initial call for the blaze came in around 4:45 a.m. for flames at a house on Neptune Avenue, near John F. Kennedy Blvd. in Jersey City, officials on the scene said.

Police arrived on the scene first and tried to evacuate residents from the homes, but were pushed back by heavy smoke, Jersey City Fire Chief Steven McGill told PIX11 News.

When fire units arrived they discovered heavy flames between two houses, which then spread to a third building, eventually spreading to a fourth building on another block, McGill said, adding that it seemed the blaze started in the basement of one of the homes.

All occupants were removed safely but two police officers were hospitalized with non-life-threatening injuries, the fire chief said.

There were no civilian injuries as a result of the destructive blaze, but at least 15 people were forced out of their homes due to the fire, McGill said.

Displaced residents kept warm on a rehab bus brought in by the Office of Emergency Management and the Red Cross was on the scene providing them assistance early Wednesday.

"The dog started barking and then we looked out the window and it was just a bunch of flames everywhere," one resident told PIX11 News. "That's when we just grabbed the dog and anything we could find and just left," she said.

"We heard some explosions, we see some fire, and we started evacuating," resident Hanzel Rodriguez said. "Grabbed the dogs and got out of the house."

"My kids ran out in their pajamas and that's it, with no socks on and no sneakers," evacuated resident Dyeisha Gosa said, adding that her family had just moved into the home Saturday, less than a week before this fire forced them out.

The fire was officially considered under control by around 6:45 a.m., the fire chief said.

McGill told PIX11 the fire appeared to be "suspicious" and that authorities are currently talking to a person of interest connected to the blaze.

The fire official also said at one point that one of the homes was watched by authorities for criminal activity.