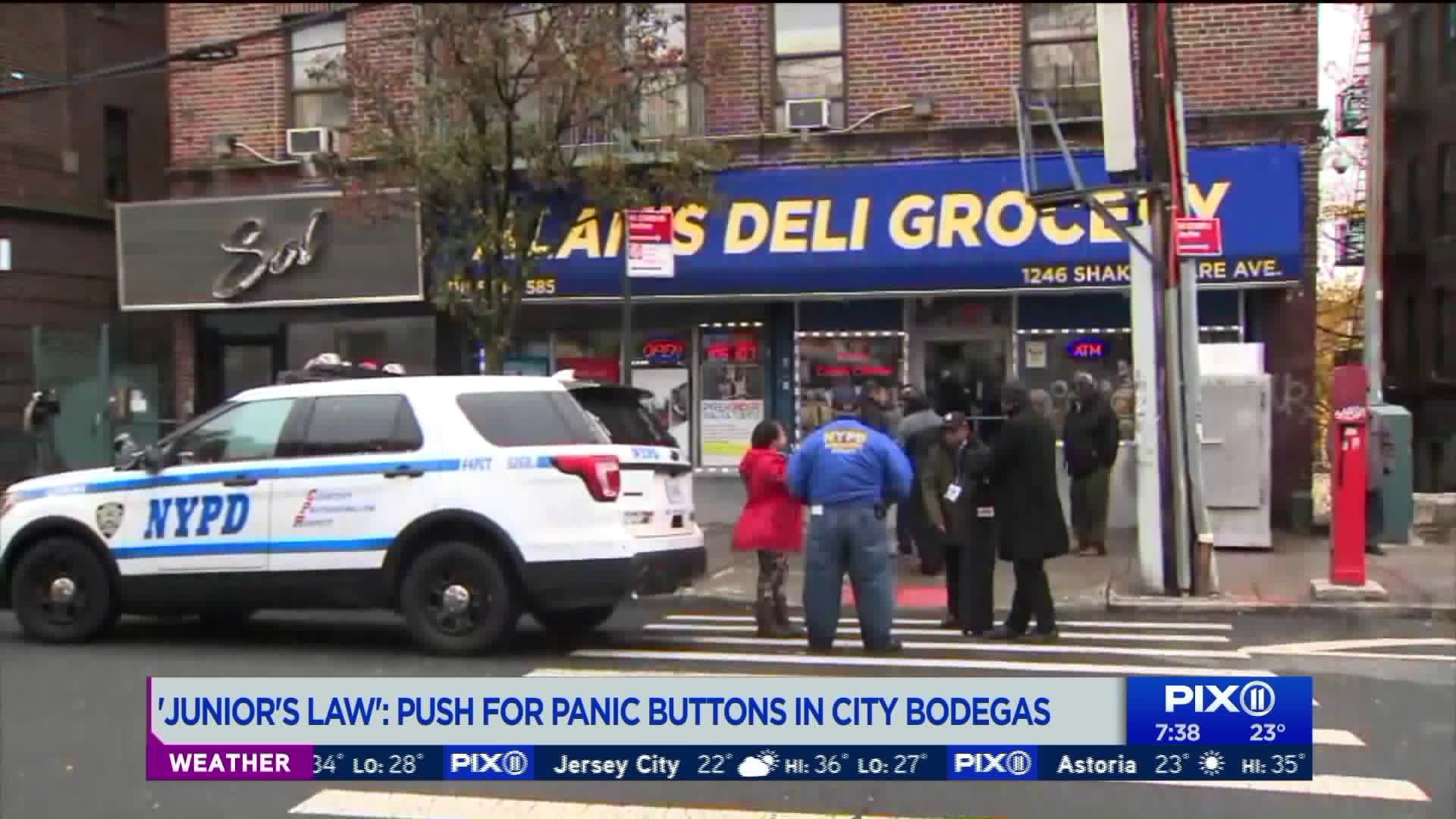 Leandra Feliz, mother of slain Bronx teen Lesandro "Junior" Guzman-Feliz, is set to announce her support for "Junior`s Law," an NYC City Council legislation that would create a panic-button program for city bodegas and corner stores so that store employees could contact authorities faster during emergency situations. 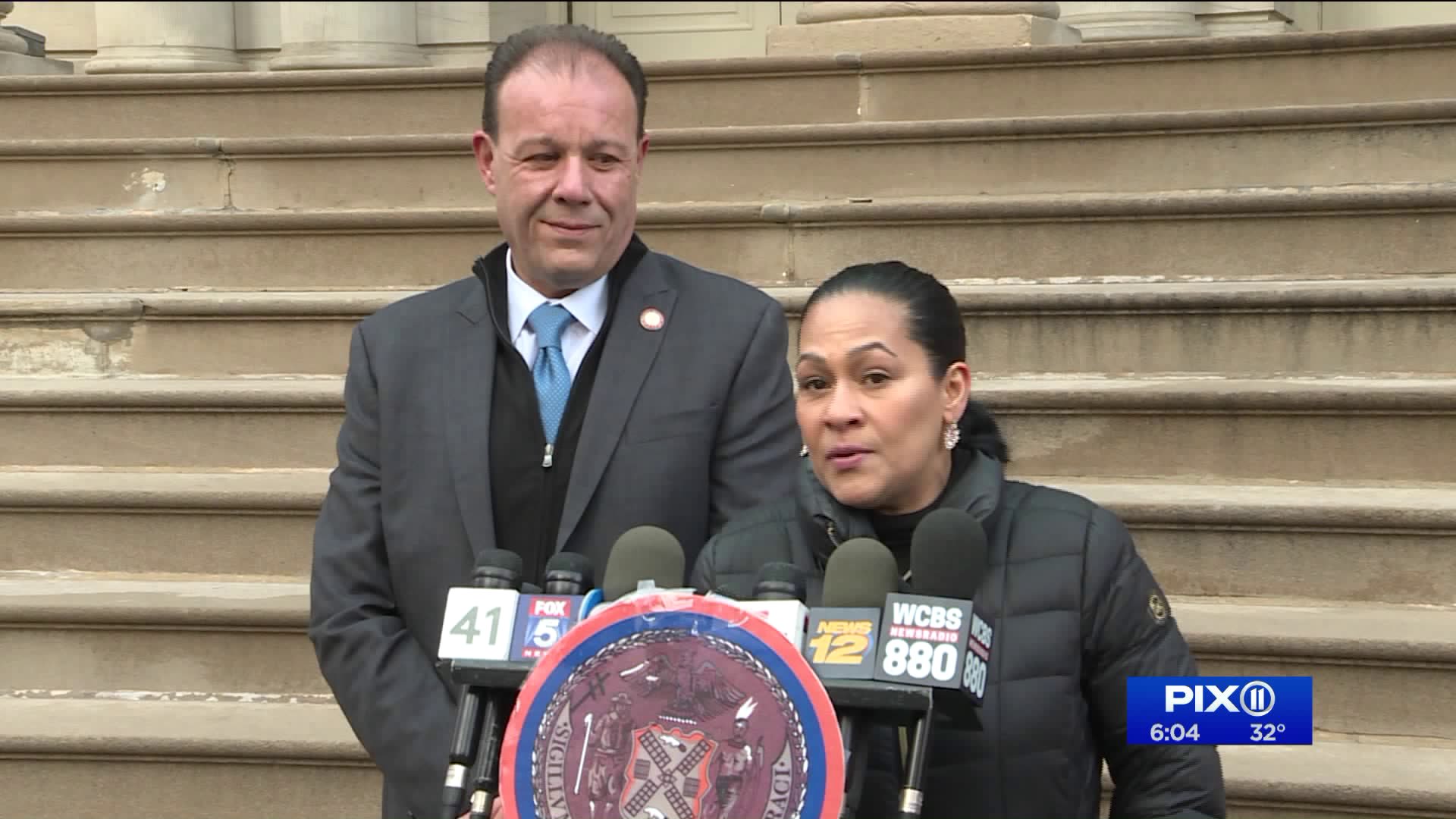 LOWER MANHATTAN — Leandra Feliz, whose son Lesandro "Junior" Guzman-Feliz was killed in a Bronx bodega attack last year, announced her support for a law named after her son on Wednesday.

Feliz made the announcement at City Hall.

The law, named "Junior's Law," after her son, would create a panic-button program reimbursing small businesses for the cost of purchasing and installing the device that would notify the NYPD in case of emergency.

Guzman-Feliz was killed by Trinitarios gang members in the Bronx in June 2018 after attempting to hide in a bodega.

"They killed my son, but now we have to protect our future kids," Feliz said.

She feels a panic button may have been able to prevent her son's death.

"If the panic would have been there at that time, my son would be here," she said.

The bill is currently supported by 31 council members.

More than a year after the teen was brutally slain outside the bodega, five men were convicted of his murder; others await trial for their alleged involvement in the attack.