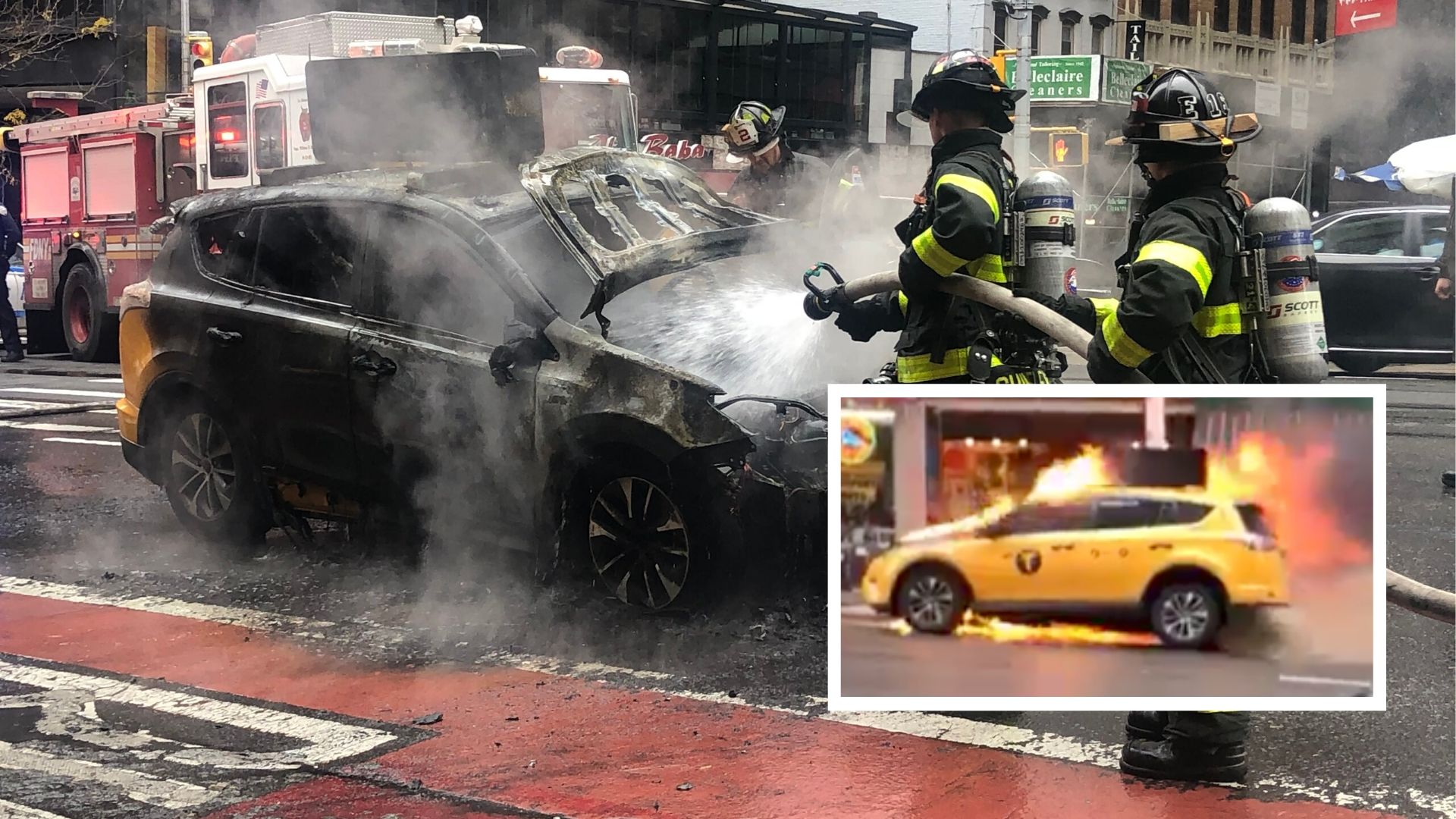 MIDTOWN, Manhattan — A taxi engulfed in flames held up traffic and attracted a crowd in Midtown Manhattan Tuesday morning.

According to the FDNY, a call came in around 10:30 a.m. for a cab on fire on Second Avenue, just south of East 46th Street on Manhattan's east side.

Fire officials said units were on the scene and PIX11 witnessed firefighters hosing down the smoking taxi, which looked to be extinguished by 10:45 a.m.

The burned-out cab looked to be completely gutted by the flames.

PIX11 heard a witness on the scene remark, "We don't know what happened to the driver."

There were no injuries reported according to the FDNY.

Another witness at the scene said she lives nearby and heard what sounded like an explosion before smelling smoke in her apartment.

It is not currently clear how the