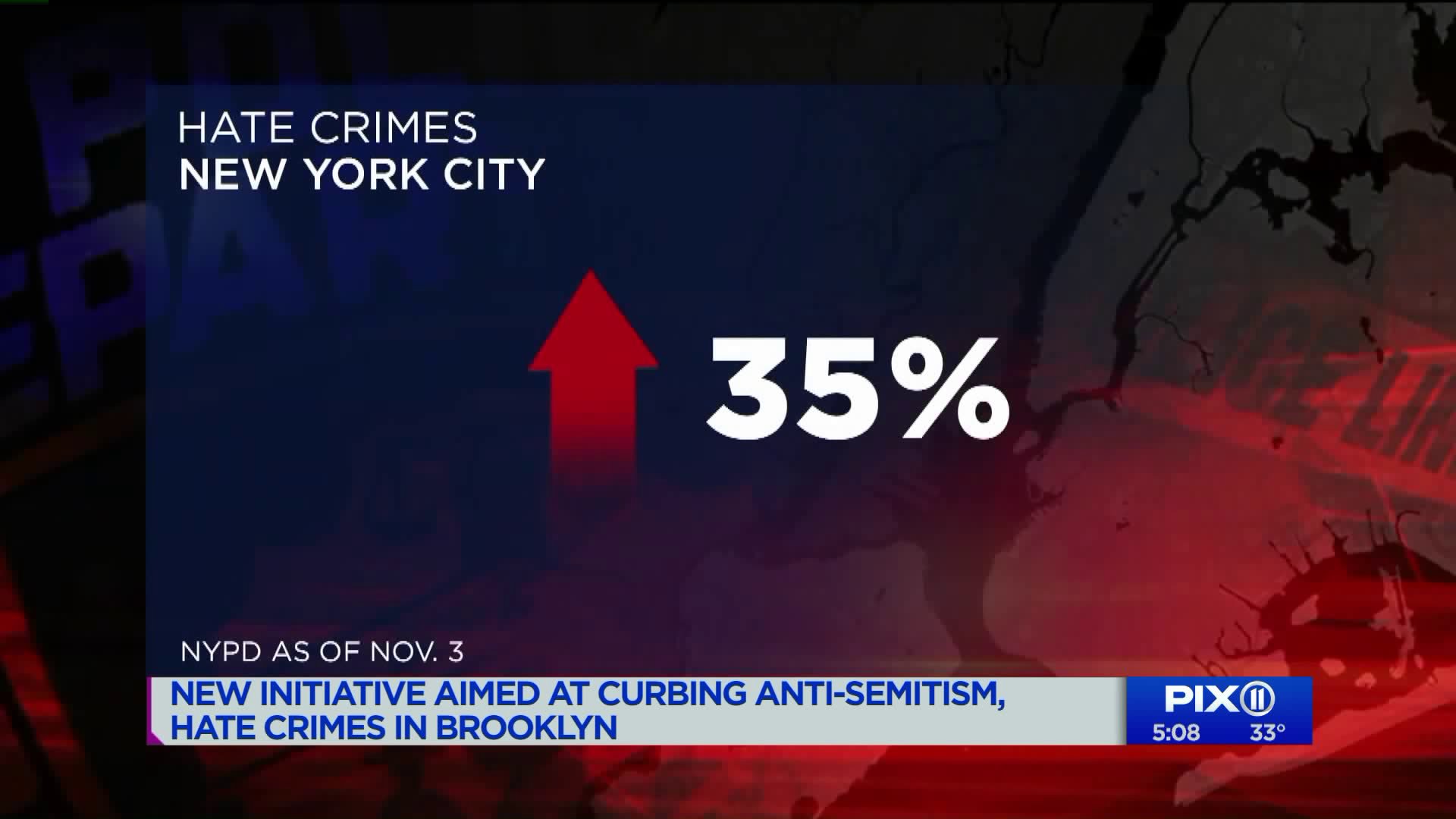 The number of hate crime incidents reported to the FBI last year remain at the heightened levels they surged to in 2017, according to statistics released Tuesday by the bureau. The new data also showed that bias against Jews comprised 57.8% of reported offenses motivated by religion, followed by 14.5% of reported offenses targeting Muslims.

The number of hate crime incidents reported to the FBI last year remain at the heightened levels they surged to in 2017, according to statistics released Tuesday by the bureau.

The statistics released in the annual Hate Crime Statistics report are a compilation of bias-motivated incidents submitted to the FBI by 16,039 law enforcement agencies. The new report collected data from 110 fewer agencies than 2017's.

The latest report found that 7,120 hate crime incidents were reported by law enforcement agencies to the FBI in 2018, just 55 fewer than had been reported in 2017. Between 2016 and 2017, the FBI found a 17% increase in reported incidents.

The data released Tuesday shows that bias against African Americans overwhelmingly comprised the largest category of reported hate crime offenses pertaining to race, with a total of 46.9% of them motivated by anti-black or African American bias. An FBI spokesperson tells CNN that an offense is defined as a specific action against persons, property or society, and that reported hate crime incidents can contain more than one offense.

"After about a 30% increase over the last few years, hate crimes overall took a pause (last year) but the more violent types of hate crimes did not. So under this stable exterior, we see a shuffling of the type of offenses and the types of victims," Brian Levin, the director of California State University's Center for the Study of Hate and Extremism, told CNN on Tuesday.

According to the new report, Latinos comprised 13% of reported offenses pertaining to race, a figure that has seen a steady increase in recent years, which Levin attributes to a national shift in focus from Muslims to Latinos.

"I think we're seeing a swapping out of Latinos as immigration has reasserted itself as a top issue and as Middle Eastern-related terrorism has declined ... and the fear-mongering around that has declined," he said. "As the electorate has switched from having terrorism being the No. 1 issue, now to immigration, it looks like we've seen a switch for Latino victims."

Among people targeted due to sexual orientation, 59.8% of reported offenses involved anti-gay bias against males.

The Department of Justice did not respond to CNN's request for comment on Tuesday about the FBI's report.

"It is unacceptable that Jews and Jewish institutions continue to be at the center of religion-based hate crime attacks," Greenblatt said. "We need to take concrete action to address and combat this significant problem."

Heidi Beirich, who heads the Southern Poverty Law Center's Intelligence Project, blamed President Donald Trump in the wake of the new report, saying, "Hateful and inflammatory rhetoric from the current presidential administration continues to normalize the beliefs that motivate these crimes," adding that "it is no coincidence that we continue to see a rise in hate crimes under this president."

CNN has reached out to the White House for comment.