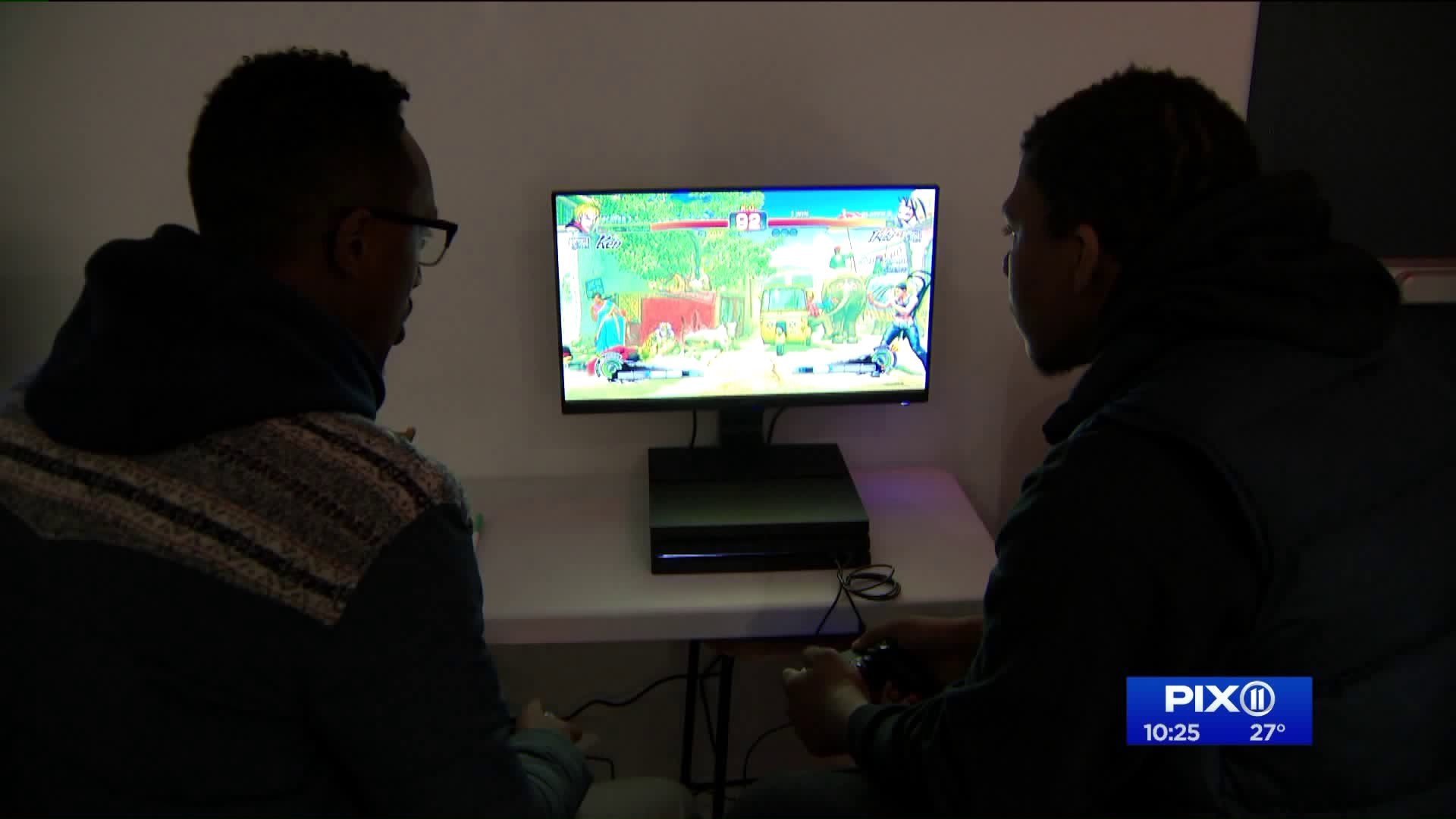 A new gaming center is opening on Home Street to serve Bronx students interested in careers in the gaming industry.

THE BRONX — A new gaming center is opening on Home Street to serve Bronx students interested in careers in the gaming industry.

"The Bronx Gaming Center is going to be such a robust hub and community center where we are teaching classes, from coding, game design, game development and establishing career pathways for young people," said Chelsea John, Manager of Entrepreneurship Programs at DreamYard. "Also helping to revolutionize and create an environment where we are breaking down a lot of the toxic nature that already exists in gaming in a really equitable and inclusive way."

"BX Start" is run by DreamYard, an organization that works with 50 Bronx public schools. Hearse Boys and the New York Videogame Critics Circle also worked in conjunction for the launch. The funding for the program comes from telecommunications giant AT&T.

"I'm interested in coding mainly because I want to be a game designer," said 17-year-old Bronx resident Kimari Rennis. "I grew up with game since I was 5 and rather than just playing and enjoying them, I want to learn how to make them myself with narrative."

A mix of old-school looking arcade games - to more advanced monitors fill the center meant to serve an underserved community. Research shows 70 percent of people working in the gaming industry are white and male. One goal of BX Start is to provide a space for young people of color and young women to learn to create.

"The underrepresentation of women and queer gamers there's a whole slew of underrepresented gamers that are not seeing themselves in content that is pervasive in pretty much the entire world," said Rudy Blanco,
Director of Entrepreneurship and Gaming Programs at DreamYard. "This particular space is intentionally meant for gamers here in the Bronx not only find themselves through gaming, but also give them a chance to leave their homes and instead of gaming and playing isolated in their own places to be able to come and play have community here."

They want Bronx teens to know the opportunity exists for gaming to be a career, particularly for kids who've had a lifelong interest in video games.

"I've been into gaming since I was like 7-years-old," said now 19-year-old Ronald Gordon. Gordon is interning at New York Videogame Critics Circle and is interested in gaming journalism. "The Bronx doesn't have that much prominence in the gaming community and definitely seeing a place where people could come just grow together and see new people, meet new people and expand relationships."

"I want to be a part of this program simply because there's a lot I can do to contribute," said Rennis. "The Bronx is a very underserved community a program like this dedicated to us and people of color I think is very revolutionary."