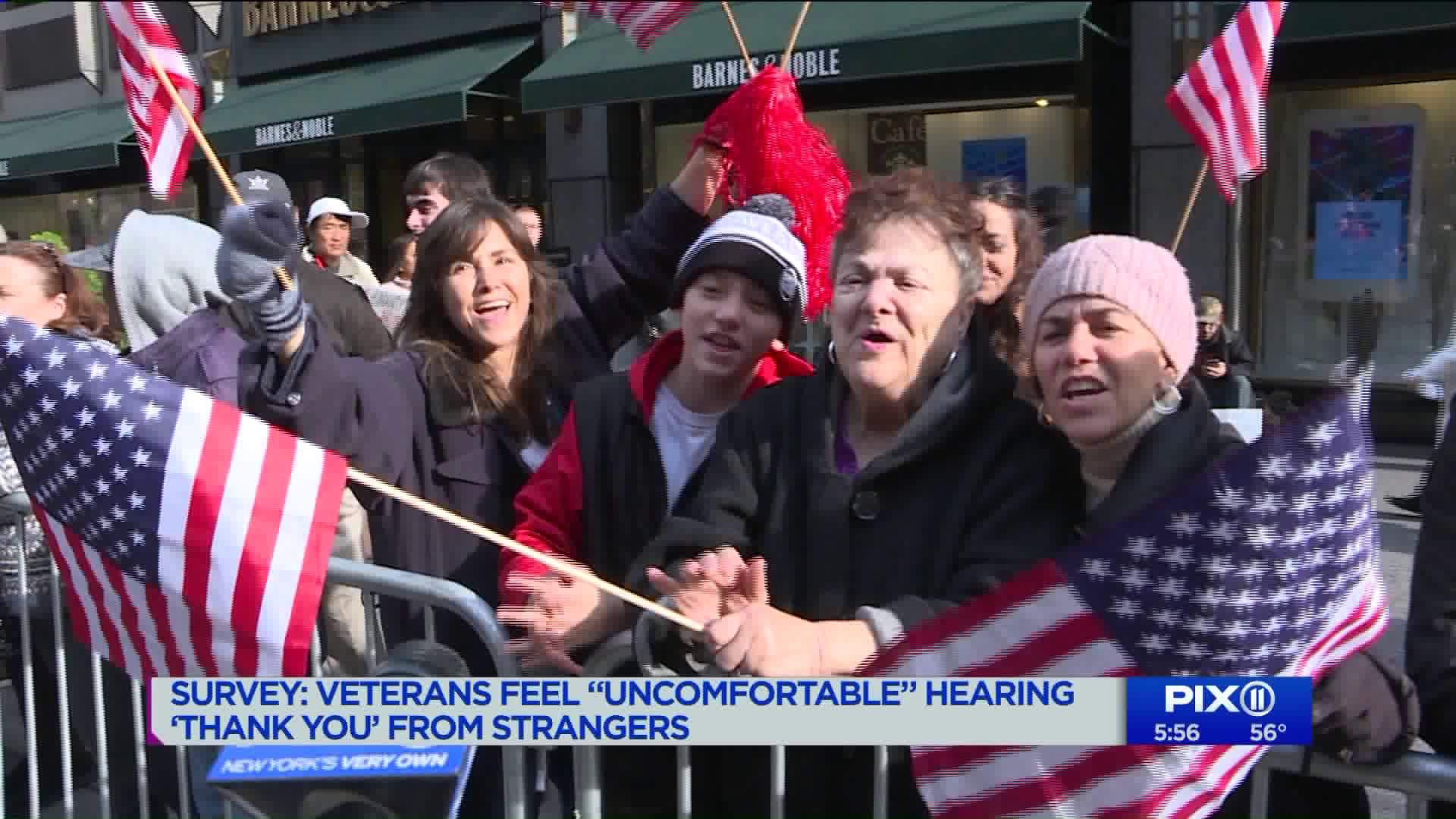 According to a recent poll conducted by Cohen Veterans Network, a not-for-profit network of mental health clinics for post-9/11 veterans and military families, 49 percent of vets and active service members surveyed say they feel uncomfortable when a stranger approaches them to thank them for their service.

NEW YORK  — “Thank you for your service" is an expression widely used by civilians to show their gratitude to the men and women who’ve served the country.

But veteran Chief Warrant Officer Carlton Garrett, who served during Vietnam, can do without the phrase.

A member of the U.S. Marines shakes hands with spectators during the Veterans Day Parade on November 11, 2019 in New York City. (Photo by Spencer Platt/Getty Images)

According to a recent poll conducted by Cohen Veterans Network, a not-for-profit network of mental health clinics for post-9/11 veterans and military families, 49 percent of vets and active service members surveyed say they feel uncomfortable when a stranger approaches them to thank them for their service.

“Veterans tend to be very humble people and that’s probably why people are saying that,” Jamie Wilson, who served eight years in the Navy as a cryptologic technician interpretive, told PIX11.

The survey also found that veterans preferred to field questions about when they served and where they were stationed instead of the common thank you.

Kyle White, a sergeant in the US Army and a Medal of Honor recipient who currently serves as an Ambassador for Cohen Veterans Network, is spreading awareness about the trend with the organization’s new initiative “Beyond Thank You For Your Service.”

The campaign aims to educate civilians on more meaningful ways to show their gratitude.

“Volunteer with a local charity that supports veterans or military families or military children something along those lines,” White suggested.

It’s a case of action speaking louder than words for those who served the country.

The CVN Veterans Day survey also found that 88% of Americans believe there should be more programs available to help break the military-civilian divide. As further evidence of the divide, 39% of Americans report that they are unsure about how to start a conversation with a veteran.

Additionally, 24% of Americans report they would feel uncomfortable talking to a veteran they just met about their service in the US military, the survey or to reveal that immaturity of veterans and active-duty service members would not mind civilians asking them the following specific questions about their military experience:
- when did you serve?
- where were you stationed?
- what was your job while serving?