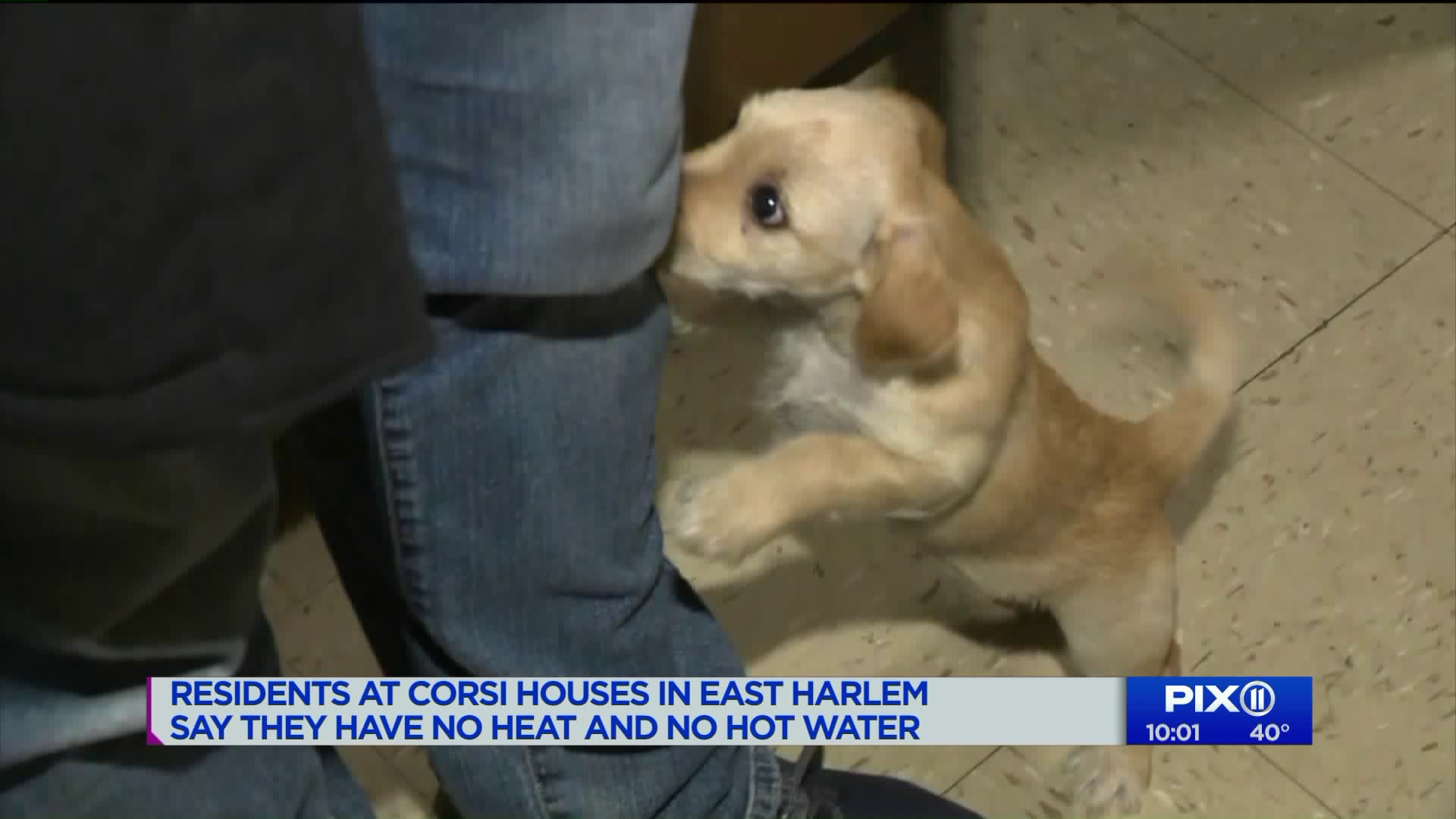 EAST HARLEM, Manhattan — It was just as cold inside some apartments at the East River Houses in East Harlem as it was outside Saturday night.

Jasmine Rosario says she has been without heat for a week and a half.

She needs to bundle up in her apartment on First Avenue in East Harlem.

And as temperatures continue to drop, she fears for the well being of her 8-week-old puppy, Melo.

"He shivers. I cant leave him on the floor for too long because of the wind that comes under the door," she said.

"I can't keep turning on my oven and I can't leave him here alone because he will freeze. I kinda feel trapped."

Rosario has been boiling water on her stove to warm up the apartment.

She is one of the luckier ones in the building, because she has hot water.

Lamont Howington tells us he's been without heat and hot water for over a month now.

Residents say they want answers, but keep being told to write up tickets describing their issues.

"Keep putting in tickets for the water which is pointless," said Howington.

NYCHA has been updating heating issues on its twitter feed, but there's been no info in the past few days on the East River Houses.