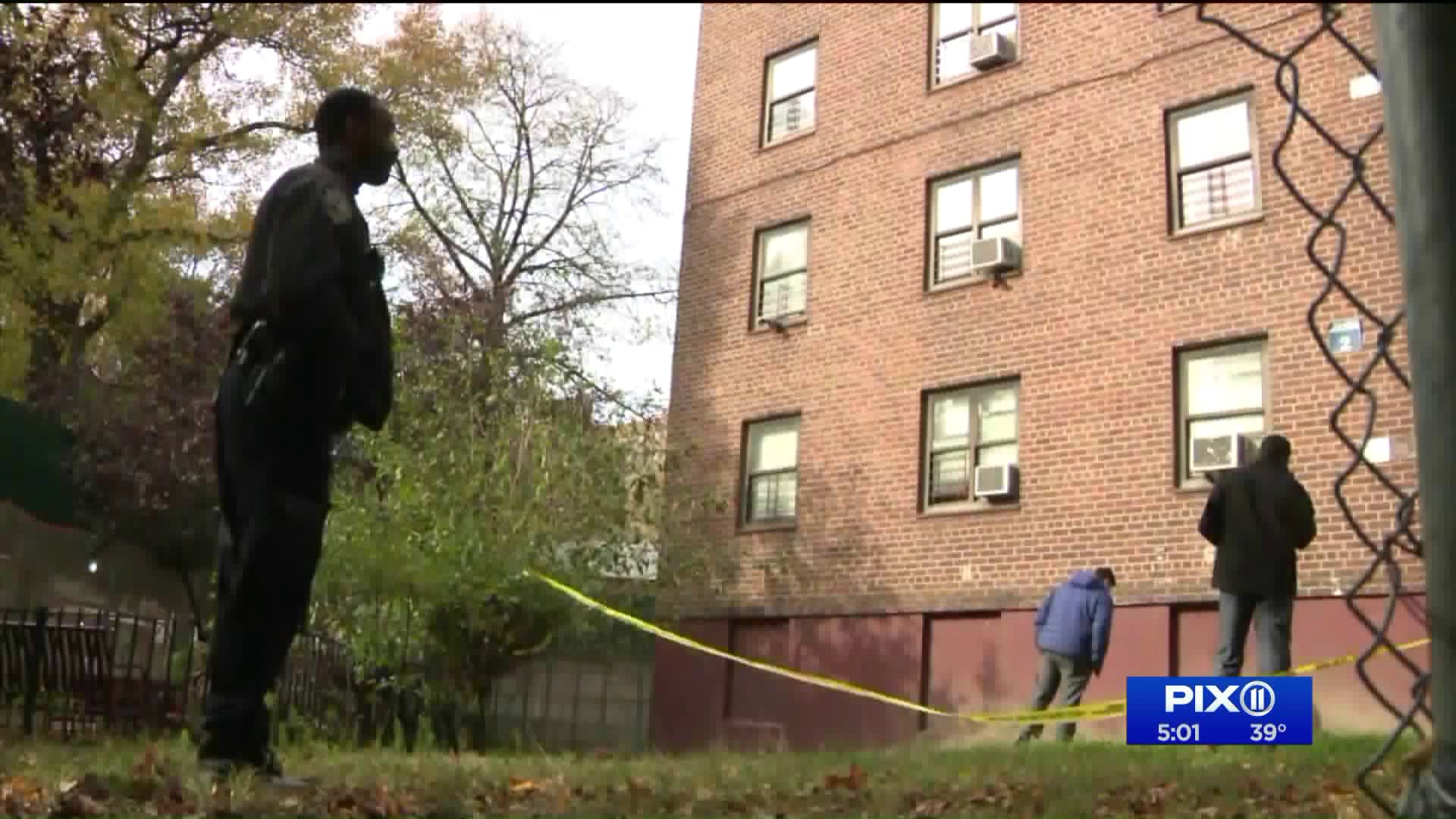 A young boy is fighting for his life after falling out of a ninth-floor window of his Bronx apartment Saturday morning, police said.

SOUNDVIEW, the Bronx — A young boy is fighting for his life after falling out of a ninth-floor window of his Bronx apartment Saturday morning, police said.

Scene outside a Bronx apartment building after a boy fell from a ninth-floor window on Saturday, Nov. 9, 2019. (PIX11 News)

According to authorities, just before 11 a.m., the 7-year-old boy fell from a bedroom window in his family's ninth-floor apartment in a building located on Harrod Avenue, near East 174th Street, in the Soundview section of the Bronx.

The boy, who is autistic, was rushed to a nearby hospital where he is listed in critical condition, officials said, adding that he has some internal bleeding.

According to police, it currently appears the boy somehow fit himself into a space where an air conditioning unit was installed in the window.

Police said the boy's mother was home at the time of the incident. Witnesses told PIX11's Jennifer Bisram his mom was right by his side as he was put onto a stretcher after the fall.