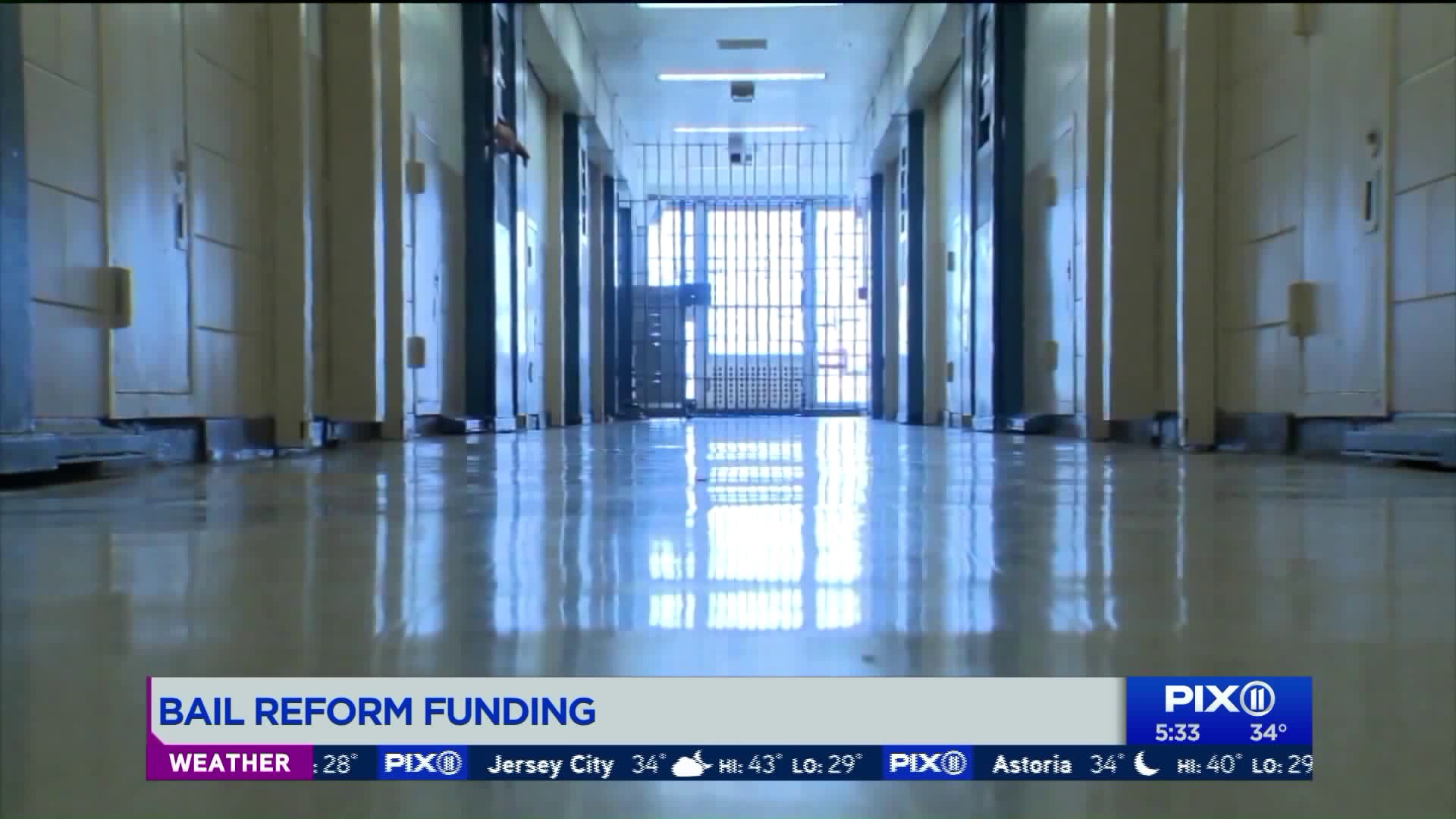 Jail or bail haven`t been the only options for New Yorkers accused of crimes since the 2016 launch of the Supervised Release program and now the program will be expanded,Mayor Bill de Blasio announced Friday.

NEW YORK — Jail or bail haven't been the only options for New Yorkers accused of crimes since the 2016 launch of the Supervised Release program and now the program will be expanded, Mayor Bill de Blasio announced Friday.

It will get $7 million in funding from the city council and $100 million from Manhattan District Attorney Cyrus Vance's office, the mayor said.

“With the lowest rate of incarceration of any major city, New York City is proving you don’t need to arrest your way to safety,” de Blasio said. “We are taking additional steps to ensure that people who can be safely supervised in the community are able to stay there, all while keeping crime at historic lows.”

The expansion comes ahead of massive bail reform in New York. The bail law, passed in April, would eliminate pre-trial detention and money bail for most people awaiting trial on misdemeanors and nonviolent felonies.

“The success of New York’s new criminal justice laws depends on New Yorkers attending their court dates," Vance said. “My office is proud to invest in pre-trial services that help defendants stay on top of their court appearances using funds recovered in our investigations against major banks."

More than 15,500 people have entered the program since its launch and nearly 90 percent of participants made every court appearance while under the program, according to city officials.

It's a "proven solution to the challenges and opportunities provided by the State's bail reform measures," according to Mayor’s Office of Criminal Justice Director Elizabeth Glazer.

“Over the past five years, New York City has undergone a fundamental shift in how we experience and understand safety, as crime has continued to fall alongside the City's jail population, even as law enforcement has lightened its touch,” Glazer said.