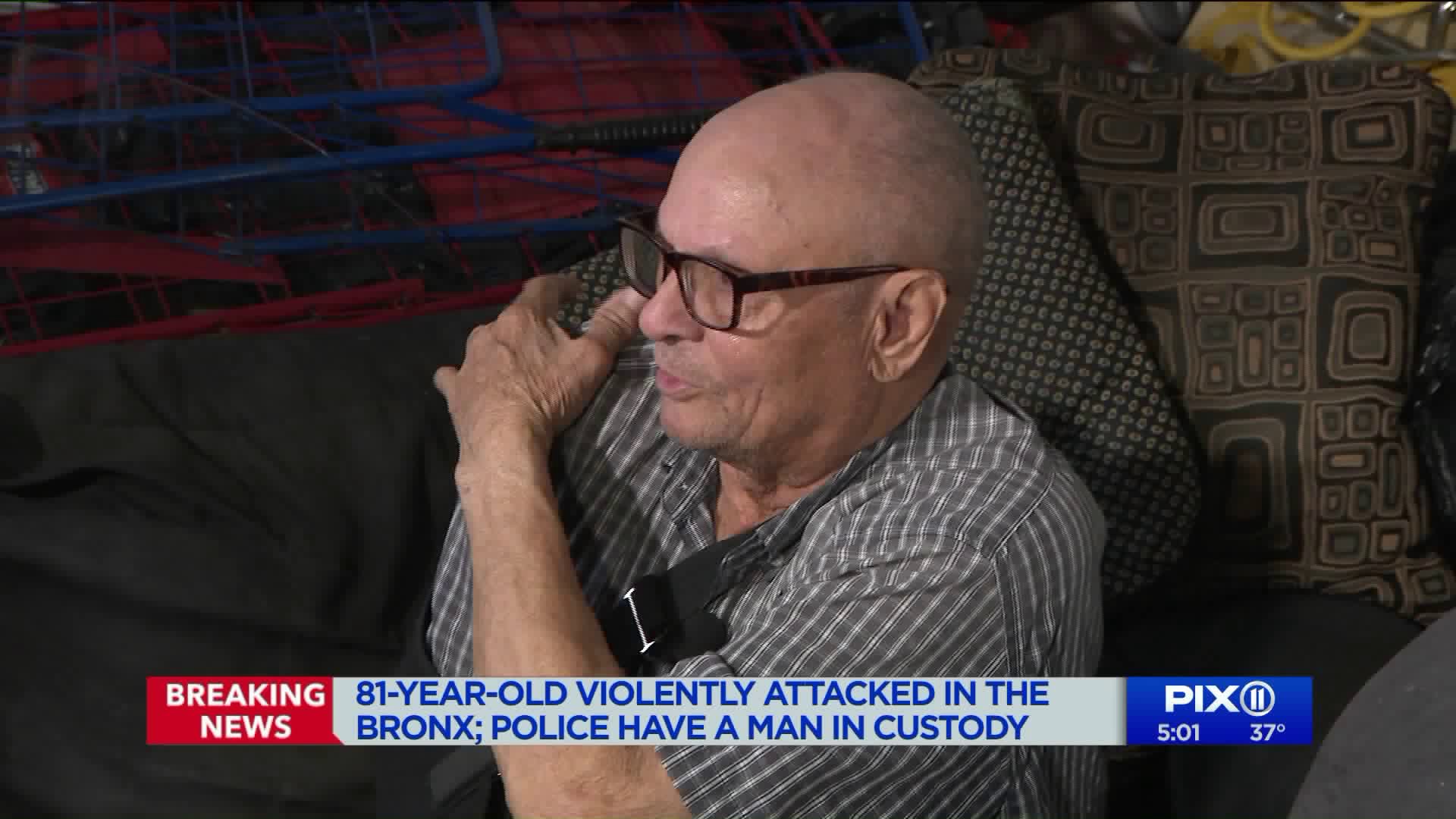 81-year-old Pablo Vargas had no idea what hit him from behind until he saw the surveillance video. Nicole Johnson reports.

A 44-year-old man is in custody in connection with the shocking attack of an 81-year-old man reading a newspaper who was kicked from behind and knocked to the ground in the Bronx, police sources told PIX11.

The suspect has been identified as 44-year-old Anthony Denroy in the attack of 81-year-old Pablo Vargas. Denroy has been charged with two counts of assault.

The victim was on Jerome Avenue near North Street reading a newspaper on Thursday morning when a man walked up from behind, police said.

Video shows the attacker kick the man. The victim's newspaper fell on the ground beside him.

The 81-year-old man's shoulder and wrist were injured in the attack.