‘I love cooking for these guys’: FDNY celebrates firehouse chefs with a cook-off 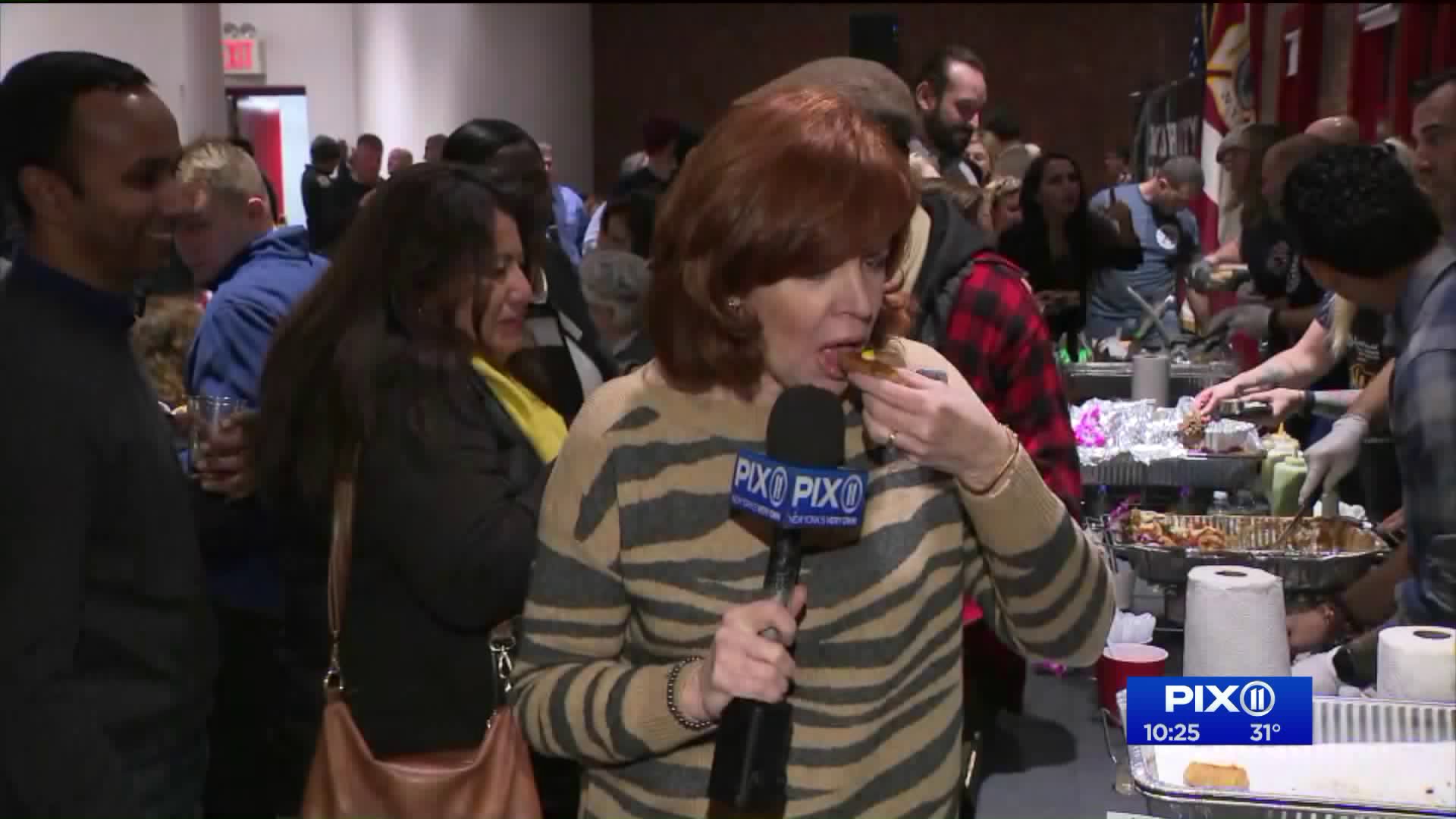 Whoever knew firehouse food could be so incredibly diverse and delicious? Ten top firehouse chefs competing in The FDNY cookoff to benefit the NYC Fire Museum.

MANHATTAN — Whoever knew firehouse food could be so incredibly diverse and delicious?

Ten top firehouse chefs competing in The FDNY cook-off to benefit the NYC Fire Museum on Friday. Bulgogi, Korean-style beef, was sampled by this reporter and pronounced “yummy”.

How about a tuna poke with pineapple and cilantro on lime rice with spicy chipotle? Last year’s winner, Joseph Chiodi, clearly has some time on his hands at Engine 262 in Astoria to create a masterpiece.

Or who can beat this father-son duo with a smoked brisket with mac and cheese in cornbread from Engine 235 in Bed-Stuy?

“My father and the guys in the firehouse taught me,” Nick Bavaro told PIX11 News.

There were some more traditional dishes but with flavorful twists, like an artisan lasagna and stayin’ alive shepherd’s pie. Plus croquetas de Cubano, or a Cubano mojo pork that takes days to make.

Perhaps the most original, a desk called fire and Ice cream, a waffle with pancetta, corn, jalapeños and homemade Ice cream.

How can these judges decide?

“It really just comes down to pure flavor and texture, that’s what I go for,” Dale Talde, the chef/owner of Goosefeather, a hit, new restaurant in Tarrytown, told PIX11 News.

Another judge, Ray Cooney, of TV’s Firehouse Kitchen fame, added: “I always look at the Fire Department angle. Can we feed 15 guys with this meal realistically and if they run and go out, will it be delicious when they come back?” Cooney added.

A third judge, Eric Howard, of Gramercy Ale House and a firefighter, said he looks for originality.

“Firemen are known for chicken parm and things like that, but I want to see what else they can do,” Howard added.

And the winner is firefighter Vincent DeGennaro of Engine 10 and his Bulgogi, the barbecue Korean beef taco this PIX11 reporter inhaled.

The tickets for the cook-off were $100 a piece with all proceeds going to the NYC Fire Museum, but you can’t really put a price tag on great food, can you?