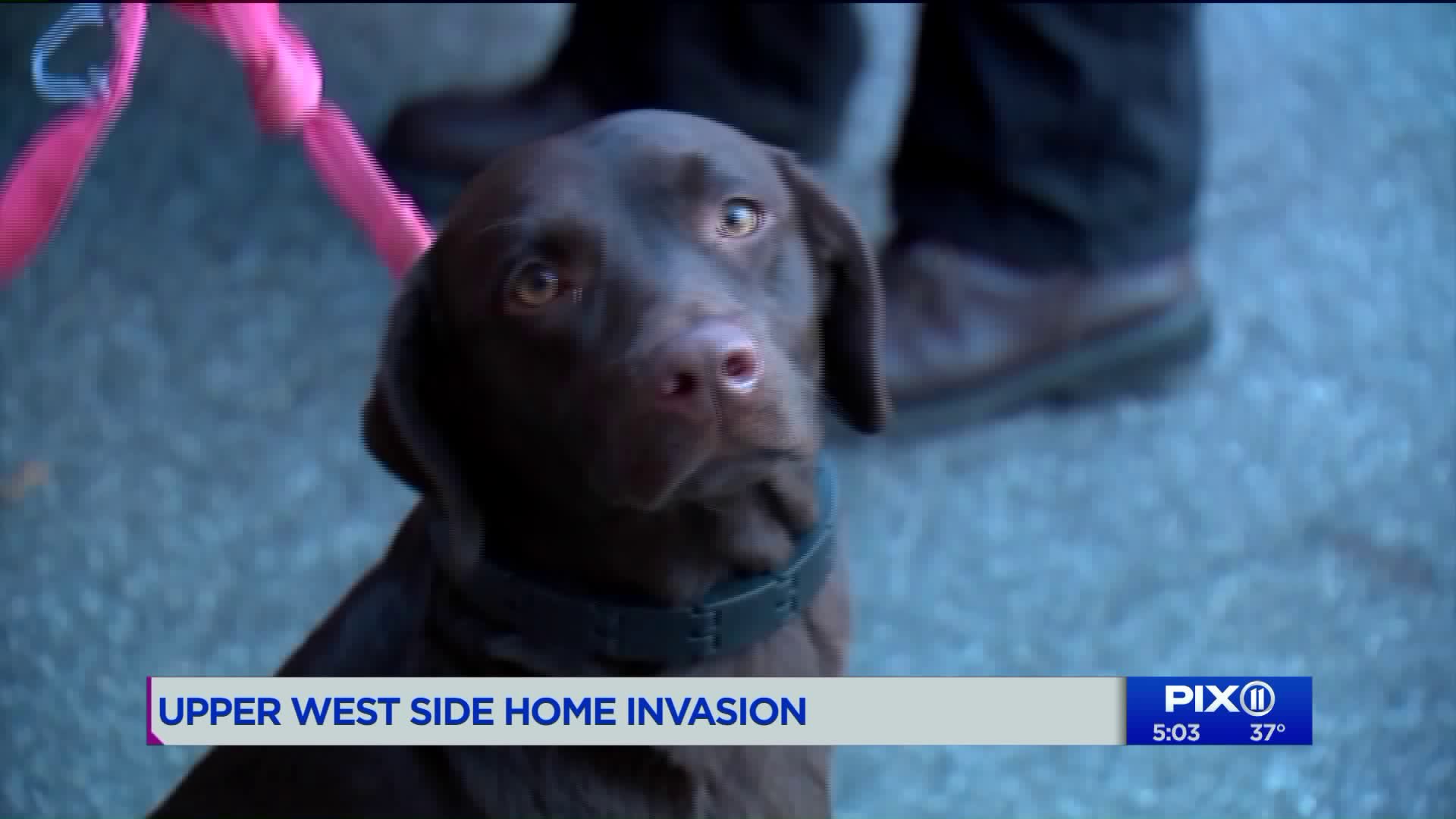 James Ford reports from the Upper West side following a robbery, where a very special companion was taken, and later found.

UPPER WEST SIDE, Manhattan — Home invasions are, of course, attacks in which somebody violently breaks into a home and steals valuables. In the case of one such attack here, the most valuable thing stolen has a name: Nala, a two year-old chocolate Labrador retriever.

Police footage of the suspect (NYPD).

The purebred ended up becoming both evidence of the alleged crime, and a witness to it.

It happened at around 6:30 a.m. on Friday. Two men managed to get let into the building on West 83rd Street between Columbus and Amsterdam Avenues, and then broke into an apartment, where a man in his early twenties and his girlfriend live, along with Nala.

Neither of the human victims spoke to waiting media as they walked out of their building late Friday morning, on their way to the local NYPD precinct. Detectives took them there to give statements for the investigation.

The man's mother, however, did talk at the scene about what happened.

"Two men entered the apartment, we're unsure how," said the woman, who gave only her first name, Maria. "They woke my son up, beat him up. They asked for his debit card and took his PlayStation 4" she said.

"We're not sure if they took the dog, or they let the dog out," she said.

What is certain is that the dog ended up out of the building, and on the nearby sidewalk and street, much to the amazement of people who know her.

"I'm really shocked by what happened," said one neighbor, who declined to give her name. "I'm happy that the dog is safe," she said.

That kind of appreciation is apparently what led another good samaritan neighbor to make sure that Nala came back home, which she did by mid-morning.

Meanwhile, the two alleged home invaders made use of the most monetarily valuable item they stole.

"They did use his [debit] card," the victim's mother said. "They did withdraw money."

She said that $500 was withdrawn by the men, whose faces were apparently seen on surveillance video at the bank, as well as at the building where they allegedly broke in. Thanks to the potential surveillance video evidence, the men may soon be caught.

Meanwhile, back in loving custody is the most valuable witness to the crime. Just like her human family members, though, Nala had no comment for the journalists waiting in front of her building.