Bronx man freed from Rikers will get schizophrenia treatment at home 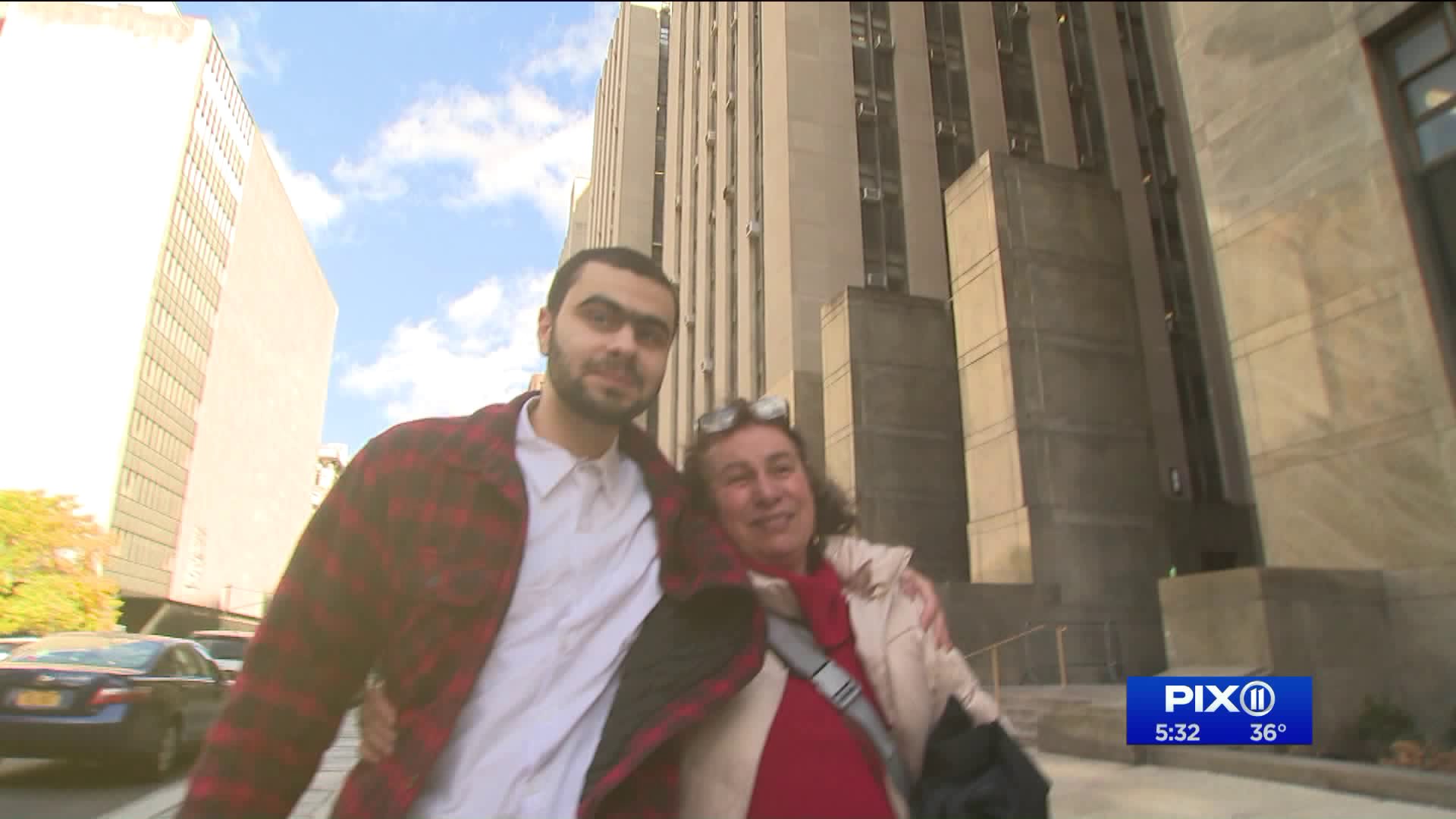 Saul Nunez was only 19 when he bought a cane to suck demons out of the sky.He said he received that instruction from voices in his head.It was only after Nunez hit a 91-year-old man over the head with the cane that he got a diagnosis to explain his behavior: schizophrenia.

MANHATTAN — Saul Nunez was only 19 when he bought a cane to suck demons out of the sky.

He said he received that instruction from voices in his head.

It was only after Nunez hit a 91-year-old man over the head with the cane that he got a diagnosis to explain his behavior: schizophrenia.

On Friday, nearly two-and-a-half years after he was put behind bars for hitting the man, Nunez made a deal with prosecutors in mental health court that sent him home and opened the possibility for him to get a clean record.

When Nunez, now 21, emerged from the courthouse in lower Manhattan, he told PIX11 “I want to go home, be with my mom and family, and recover from this long process.”

It’s been a grueling odyssey for Nunez, whose illness finally stabilized with a monthly injection of the psychiatric drug, Invega.

His mother, Rosa Nazar, attended every one of her son’s court hearings over the last 29 months, bringing his red plaid jacket to every proceeding.

She always hoped he would be released, but she was forced to wait a long time.

The 91-year old-victim, Juan Llorens, had forgiven Nunez almost immediately after the assault, which did not leave him with serious injuries.

But the Manhattan District Attorney’s Office had charged Nunez with Assault in the 1st degree and suggested he plead guilty for a seven year sentence.

Neither Nunez nor his mother was interested in that offer.

In fact, back in July 2017, PIX11 was present when Nunez’ mother met the elderly victim, a bottle collector, as Juan Llorens sat on a bench in upper Manhattan.

The elderly man hugged Rosa Nazar and told her he hoped Saul could get treatment outside jailhouse walls.

“I see God in that man,” Nunez said, “because God is forgiveness.”

Rosa Nazar added, “I was glad to have the chance to ask for his forgiveness, and he was so amazing to me.”

The attorney representing Saul Nunez, Mark Jankowitz, worked out an agreement with prosecutors that had Nunez pleading guilty to attempted assault.

If Nunez successfully completes a treatment program and graduates from mental health court, he won’t have a rap sheet.

“That outcome is, he’d be allowed to withdraw that plea and plead guilty to disorderly conduct, which is a violation,” Jankowitz said, “and he’d come out of it without a criminal record.”

Before leaving the courthouse, Saul Nunez put on the red plaid jacket that his mother has carried to every court date and got ready for a train ride home to the Bronx.

He told PIX11 he’s hoping to get a college degree and move on with his life.

One of the caseworkers who will help with his treatment program was waiting at court for Nunez’ release.

“We’re just going to support him through his recovery,” Laura Daziano said, “and we’re very happy that he’s out.”