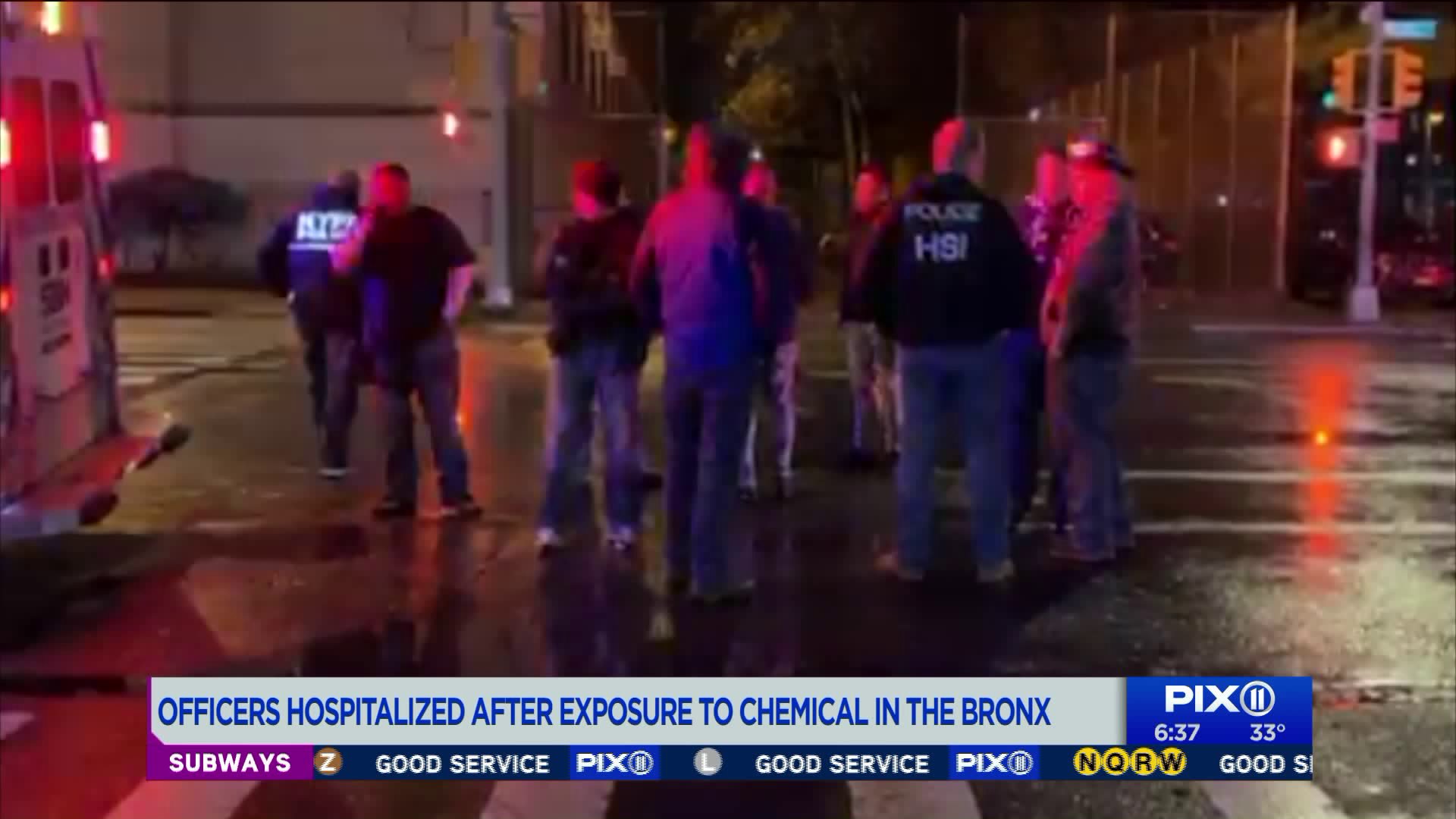 Several people, including police officers, were hospitalized after they were exposed to "an unknown chemical" during a drug raid in the Bronx.

MOTT HAVEN, the Bronx — Several people, including police officers, were hospitalized after they were exposed to "an unknown chemical" during a drug raid in the Bronx.

Authorities conducted a narcotics raid at an apartment in the vicinity of Willis Avenue and East 140th Street.

When officers arrived to the scene, a table lined with drugs was flipped, according to police. Some of the drugs were in powder form, exposing officers to the dangerous substances when it went airborne, authorities said.

Four NYPD officers and an officer from an outside department were taken to the hospital to be treated and have since been released.

Seven people inside the apartment were also taken to the hospital as a precaution and have since been arrested.

CORRECTION: This story was originally published saying that the substance was fentanyl. Police have clarified that the nature of the substance is still unknown.

This story has also been updated with the number of officers and civilians taken to the hospital.