NYC sees rise in number of hate crimes on the subway: NYPD 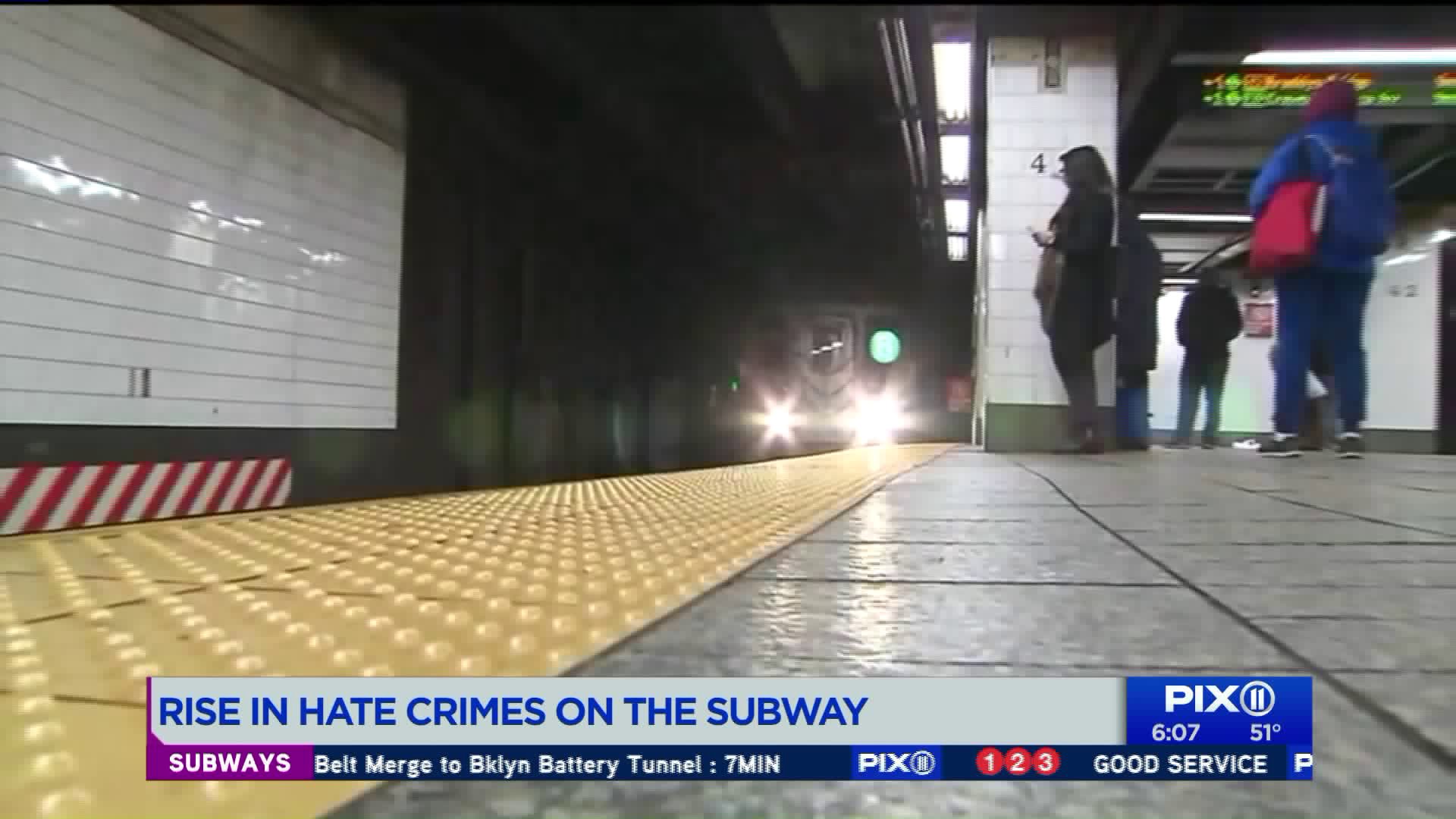 New York City is seeing an uptick in the number of hate crimes on the subway.The NYPD said there has been about 68 incidents so far this year, compared to 44 in 2018.

NEW YORK — New York City is seeing an uptick in the number of hate crimes on the subway.

Of the reported hate-crime incidents, 55 of them have been graffiti-related — 39 of those were anti-Semitic, police said.

Swastikas are being drawn around the subway — on trains, bathrooms and even station pillars, according to Chief of Transit Edward Delatorre.

“We have stepped it up, we have really good coordination with our New York City Transit partners, you know, we investigate every single incident, and we also have – and I’ll say that we have put in covert cameras in many places where we have seen repeat events,” Delatorre said.

MTA NYC Transit President Andy Byford the MTA is working to investigate with the NYPD.

“The MTA has zero tolerance for attacks on our fellow New Yorkers on the basis of religious faith, race, ethnicity, sexual orientation or gender. Hate crimes, including offensive graffiti in subways, are abhorrent and reprehensible. Trains defaced with hate speech are immediately removed from service, and we continue to work with the NYPD to investigate and hold those responsible to the fullest extent of the law.”