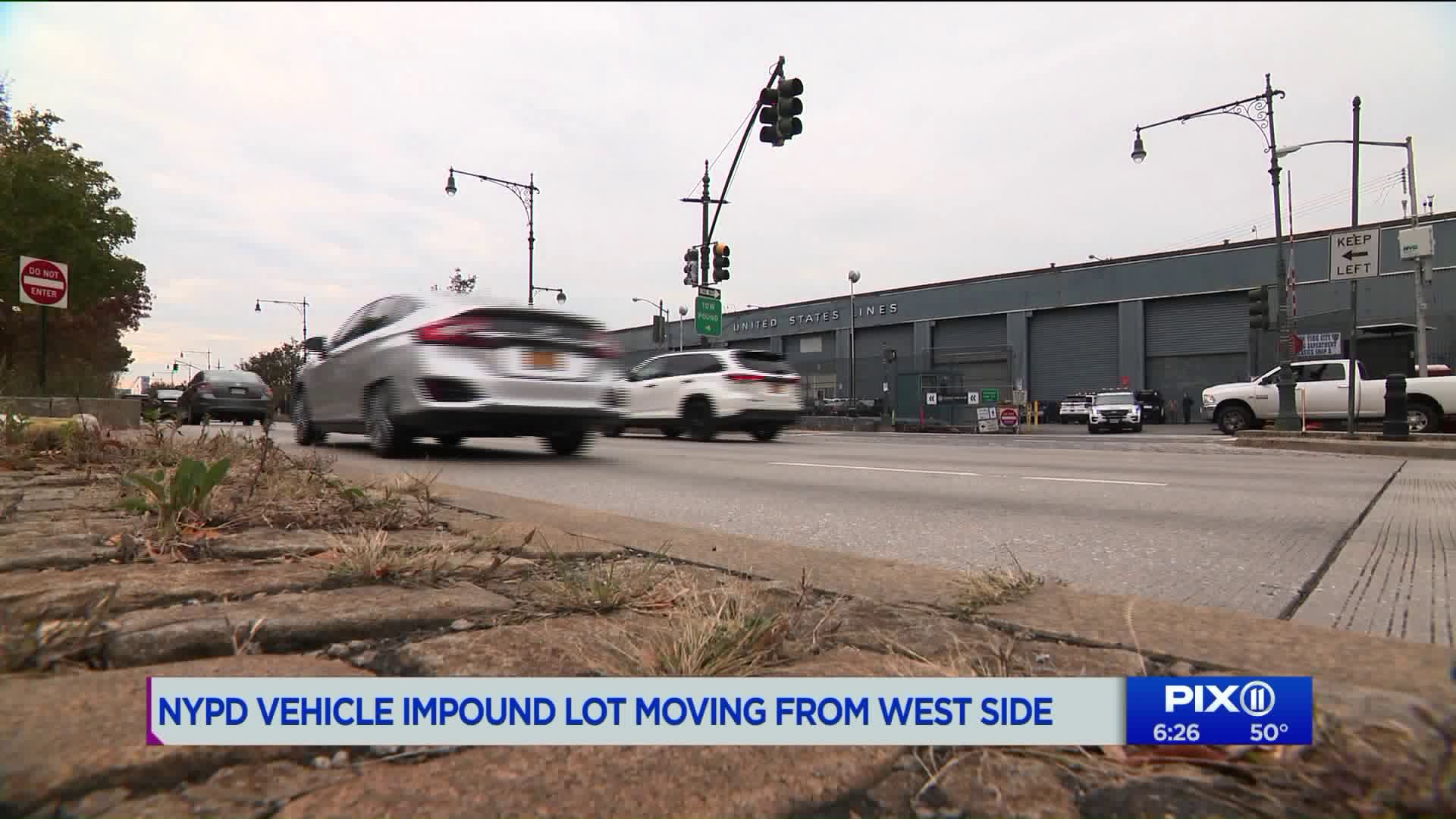 It`s a place that`s become infamous for the effect it has on the people who are forced to enter it. The NYPD Tow Pound, on the West Side Highway and 38th Street is where any vehicle that`s towed in Manhattan ends up before its owner redeems it.

MIDTOWN WEST — It’s a place that’s become infamous for the effect it has on the people who are forced to enter it.

The NYPD Tow Pound, on the West Side Highway and 38th Street is where any vehicle that’s towed in Manhattan ends up before its owner redeems it.

Hazel Rivas is one of those owners.

“I just had a panic attack in there,” she said about her experiencing paying fines to get her SUV released from NYPD custody. “It was expensive,” she continued. “I cried.”

Another car owner described the financial hit he took to redeem his sedan. “A hundred eighty dollars for towing,” he said. “A hundred fifteen for the ticketing.”

Now, however, PIX11 News has confirmed, the tow pound is on the road to being repurposed.

The NYPD said, in a statement, “The NYPD is currently exploring options to relocate the tow pound in order to make the area available for development.”

The publication The City first reported the new project.

Hazel Rivas, who’d retrieved her vehicle, was cautiously pleased. “A park?” she asked. “So it’s going away? So where is it going to be now?”

That remains an open question. Preliminary development plans from New York City government indicate that the wide, open, flat facility will become a more compact facility, with elevated parking, that will be able to stack parked cars for storage.

The new facility would be in some other as yet undesignated location, or locations.

It means that while the notorious Pier 76 tow pound will become Pier 76 in the park, towing will nonetheless scenes continue — just somewhere else.

“It is a horrible, horrible experience,” said Adam Kopp, as he went in to retrieve his car in the tow pound on the West Side, where it remains, for now.