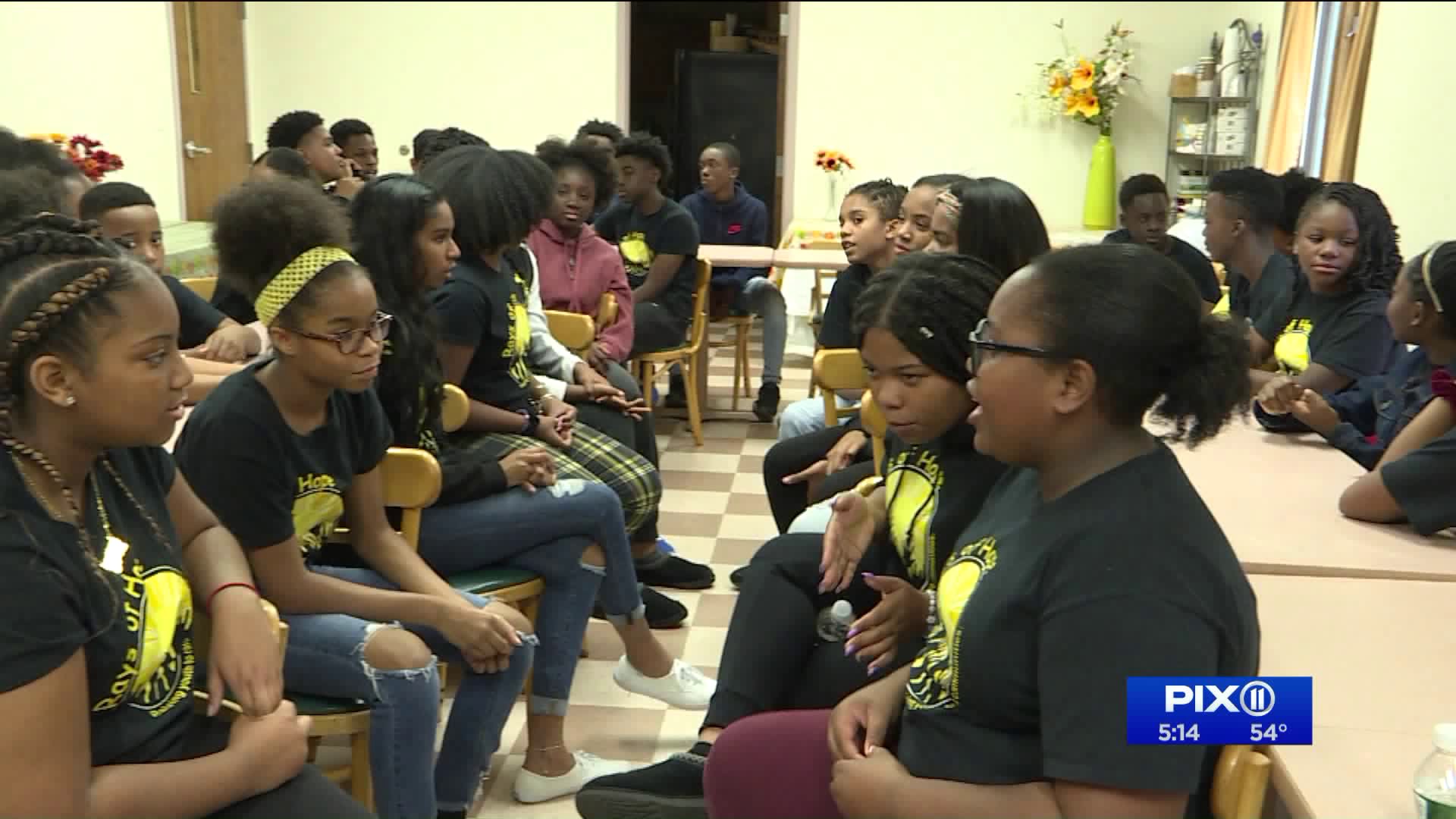 More than 40 kids from over half a dozen school districts in New Jersey are banding together in an effort to end lunch shaming.

FREEHOLD — More than 40 kids from over half a dozen school districts in New Jersey are banding together in an effort to end lunch shaming.

Lunch shaming is when kids who can’t pay for school lunch get punished, called out or embarrassed because their parents can't or don't pay.

In some cases, lunch shaming may include banning a child from extra curricular activities, like sports or prom.

"It’s a very embarrassing experience. I witnessed it happen to a couple kids and they ran out of the lunch room and started crying," said one teen.

The children who wrote letters to Governor Phil Murphy all belong to Rays of Hope, a youth group out of Freehold.

"We shouldn’t be penalized for not having enough money," said Alina Dezoysa, 16.

The children also examined the policies of 10 New Jersey school districts and found that serving an alternate lunch or reporting parents to the Department of Social Services were common practices.

A cover letter to the Governor from Rays of Hope Director Lisa Richardson Hall stated: “Our school districts are basically criminalizing poverty and shaming poor families.”

The kids sent these letters on October 14th and so far they have not heard back. One of them also called and requested a face-to-face meeting with the Governor to talk about lunch shaming.

"We’re really hoping we do get a response because it’s a serious topic and a serious issue that a lot of children deal with," said Sana Doctor-Bentley, 16.

PIX11 also reached out to the Governors office for comment:

“Governor Murphy stands ready to work with the Legislature to protect students from needless shaming or punishment for school lunch debt," a spokesperson said. "He encourages all districts to avoid policies that are contrary to the mission of providing safe and nurturing environments for children while in school."