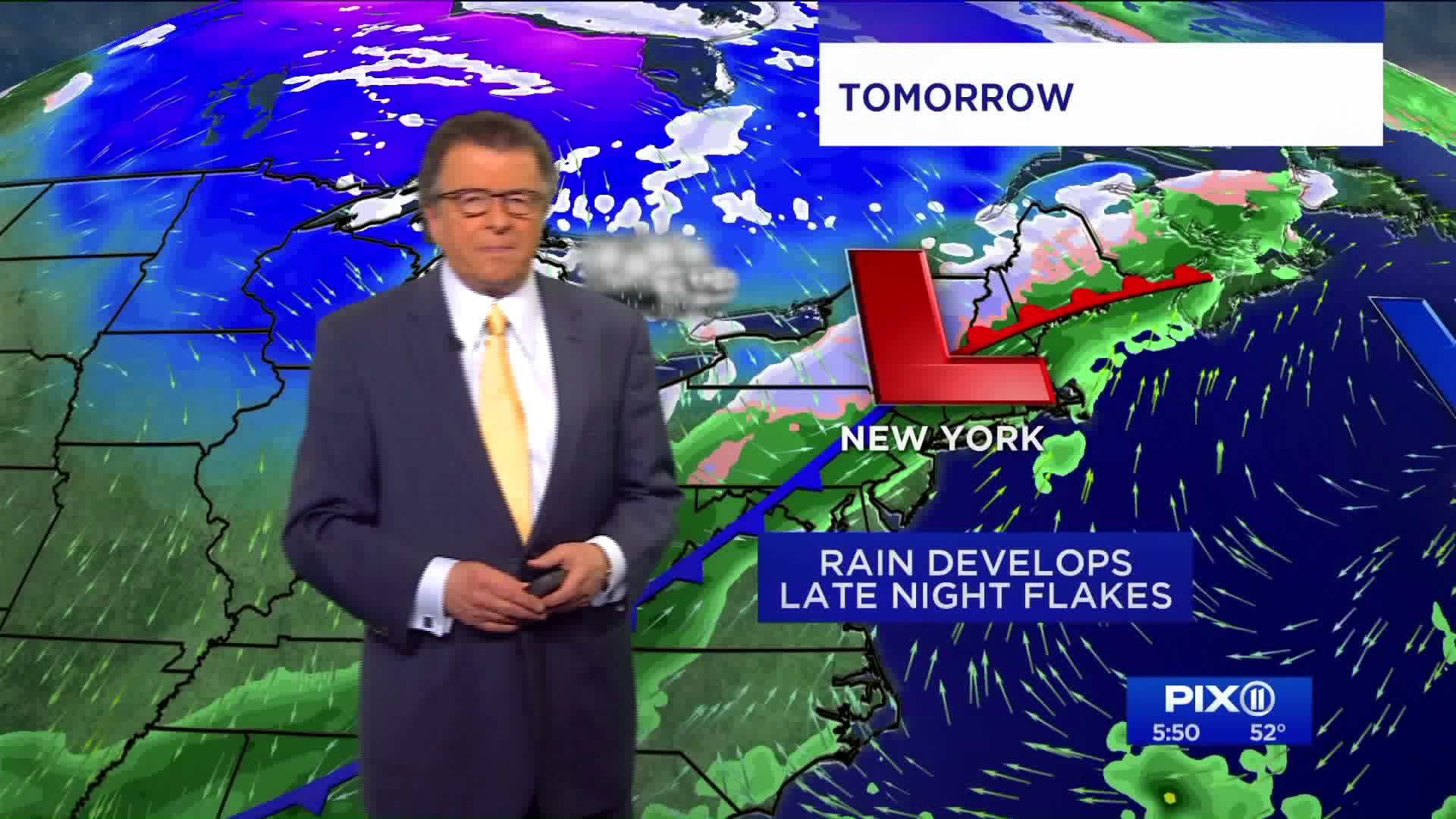 There's a chance we'll see the first snowflakes of the season before the week ends. The region has seen snow in past Novembers.

After gorgeous weather Wednesday, a strong cold front will approach the region on Thursday bringing in some rain starting in the afternoon. Cold air moves in behind the system allowing for some areas to briefly changeover to snow before it ends. Afterwards, a very cold airmass arrives as we head into the weekend.

Much of Wednesday night will be on the clear side with temperatures dropping into the lower 40s in the city. Eventually, clouds will start to move in as the pre-dawn hours approach.

The clouds will thicken as the cold front gets closer during the morning hours. Rain will then overspread the entire region during the afternoon period. A good southwesterly breeze ahead of the front will bring temperatures along the coast into the upper 50s, possibly hitting 60 in some spots.

As the front passes, winds will take make a sharp shift to the northwest, bringing in much colder air. The rain should taper off by midnight, but for areas mainly to the north and west, there could be a brief changeover to snow. Accumulations look to be highly limited as the ground temperatures will generally be above freezing. Perhaps a coating or so, mainly on grassy surfaces in those spots that do see the switch to snow.

The winds will kick up heading into Friday. Skies will clear out rather quickly, but the brisk northwesterly wind will only allow temperatures to top out at around 40 degrees in the city. Gusts of 30 to 40 mph will make it feel much colder with winds chills expected to be in the 20s during the day.

The winds should ease off by Saturday, but it will still be a cold day. Despite ample sunshine, temperatures will only climb by a meager margin with highs topping out in the lower 40s.

A southwesterly flow starts to build on Sunday. That will be enough to bring temperatures up into the lower 50s by the afternoon.

Veterans Day looks fine for much of the day with temperatures in the mid 50s. Late in the afternoon, clouds will increase and a couple of showers could develop as a cold front passes.

Forecast models are indicating the development of a system off the coast Tuesday. This storm may be also capable of bringing some snow into the region. This will be closely watched as we head into the weekend.