‘Now, no one, nowhere’: Disappearing Duane Reades are part of a trend of vanishing local chains 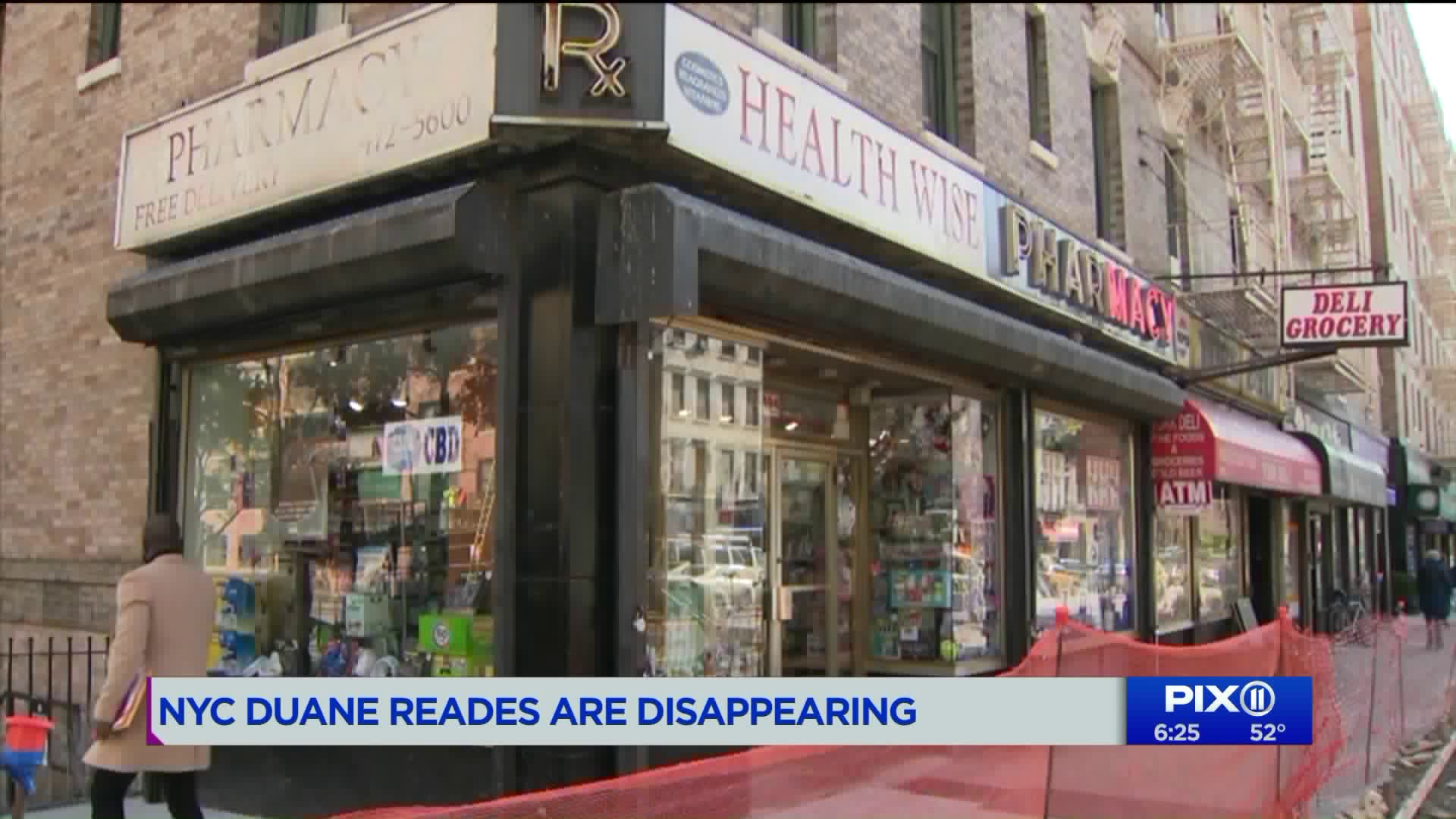 In less than a decade, the chain has shuttered locations extensively -- from more than 250 stores to 91 and counting. Down. A 65 percent drop.

Duane-Reade, the drugstore chain that once seemed everywhere is no longer so.

In less than a decade, the chain has shuttered locations extensively, from 253 stores, according to the New York Times in 2010, to 91 currently, according to a count by Gothamist. That's a 65 percent drop.

Harlem Alexander, who lives in Queens, used to work at a Duane Reade in Forest Hills. He was among a variety of nostalgics who spoke with PIX11 News about the chain whose outlets are vanishing.

"I miss the overnight shift," he told PIX11 News as he walked past another shut down branch of the chain, on Wednesday. "It was pretty cool. And we were open 24 hours."

A woman who lives near a shuttered Duane Reade on the Upper East Side also spoke of her store longingly. "Beautiful store," she said. "And now, no one, nowhere."

The absence of locations leaves residents that much farther from an easily accessible pharmacy. It also deprives something further from a community, according to an analyst of city street environments.

"Every time that happens," said Jeffrey Kroessler, a professor at John Jay College, "you have a gap in the street wall, in the dynamic life of the street."

"When you have a closed Duane Reade," he continued, "that's the equivalent of four or five closed shops, so it's a dead street."

Kroessler is writing a book on changing streetscapes in Sunset Park, Brooklyn.

Meanwhile, someone on the streetscape in Astoria, Queens re-stated Kroessler's observations in more pedestrian terms.

"I feel sad," said Dominic Devito, an Astoria resident, in front of yet another closed down Duane Reade store. "I go to the drugstore right here," he continued. "Now, I have to go to some other one."

The Duane Reade closures are actually part of a larger trend, according to the Center for an Urban Future, or CUF. The think tank tracks the presence of chain stores in New York City in its annual report, "State of the Chains." For the first time this decade, CUF reported, the number has declined.

Some customers of Duane Reade, and other chains, said that change has an effect.

"If these stores can't maintain their rent and stay in business," said Queens resident Tiffany Malcolm, "what's going to happen to local New Yorkers trying to live and survive and pay their rent, too?"

Duane Reade began in 1960 as just one drugstore, on Broadway, in the block between Duane and Reade streets, in Lower Manhattan. The chain grew exponentially, and was sold for the first time in 1992. Its ownership has changed more than once, but currently, it's owned by Walgreens, which is based in Chicago.

For now, Walgreens has not responded to a request for comment from PIX11 News for this story.

Correction: This story has been updated with the correct borough the Sunset Park neighborhood is located, and description of Kroessler's book.