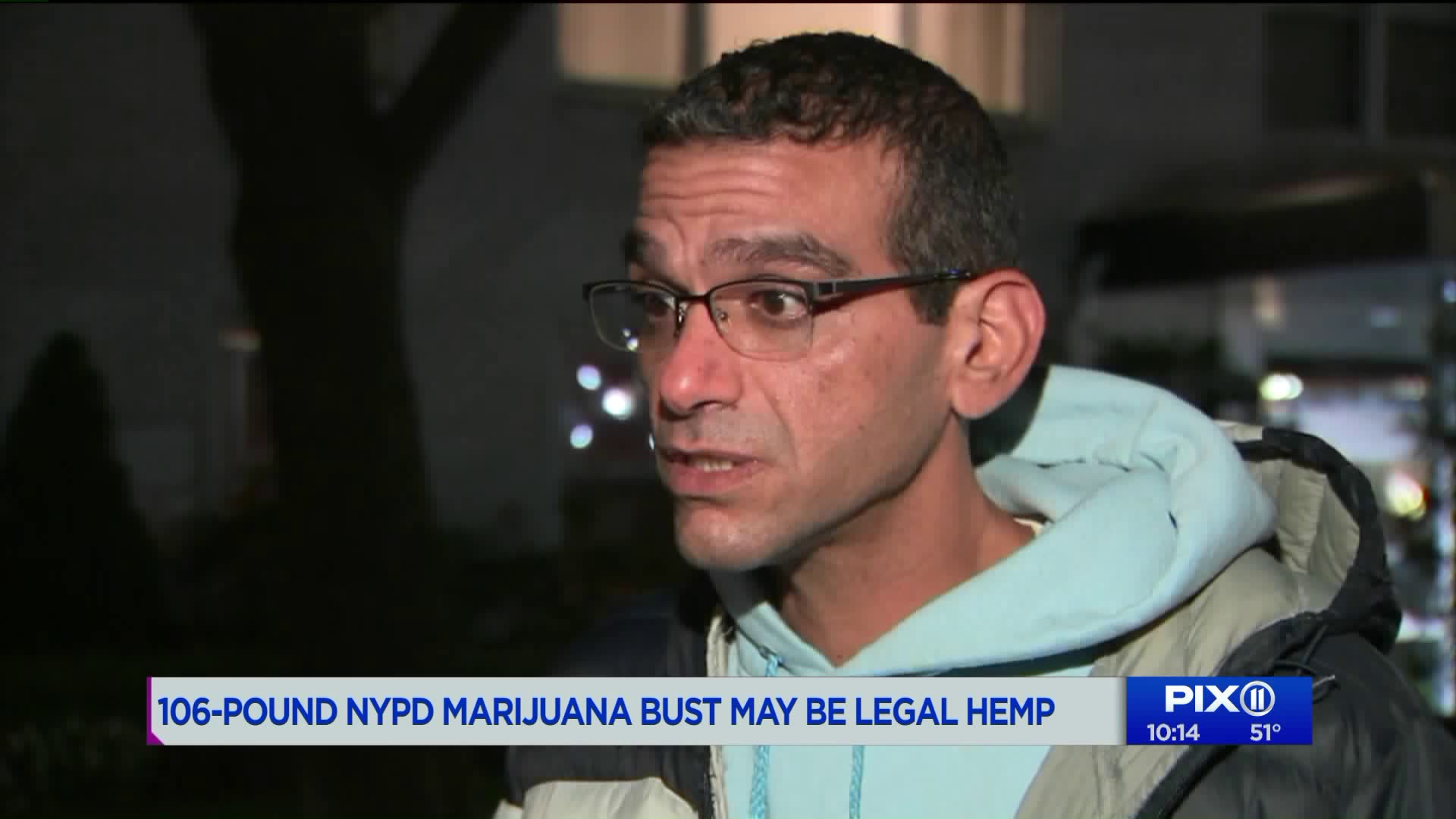 The owner of a company that sells hemp says the NYPD wrongfully seized a 100 pound shipment of the flora belonging to him.

BROOKLYN — The owner of a company that sells hemp says the NYPD wrongfully seized a 100-pound shipment of the flora belonging to him.

“I was fuming cause they’re boasting about something that’s legal,” said John Dee. “The guy is over there with two bags in his hand and a big smile on his face when he knows it’s 100% legal hemp.”

Dee owns Green Angel CBD, based out of Brooklyn.

According to Dee, it was actually hemp with undetectable levels of THC, making it legal. ”100 percent legal I don’t make the law, I just go by the law.”

Dee says many of his clients are sick people who use the hemp for pain management. The shipment was sent out Friday by Fox Holler Farms in Vermont.

“It's all legal and we did everything by the books, said Buddy Koerner with Fox Holler Farms. “We really tried to do everything the right way."

But Federal Express tipped off the police. The hemp was seized and when the NYPD told Dee’s brother, Ronan to come pick up the package, Ronan was arrested.

Today, the NYPD stopped short of admitting a mistake.

“We field tested it as marijuana, called the individual in he was placed under arrest its currently in the lab at this point to make a final determination if it was hemp,” said Terence A Monahan, NYPD Chief of Dept. “The individual did not have a bill of laden justifying its delivery so this is all part of an ongoing investigation.

But Dee showed PIX11 documents he says are proof the shipment contained all the necessary paperwork proving it was legal hemp.

“We’re extremely angry at FedEx the package was already seized and cleared by the Vermont police.”

The government classifies hemp as any plant from the cannabis family that contains less than 0.3% of THC, an active ingredient in marijuana.

Dee says his hemp shipment was certified by a DEA certified lab to contain .14 percent of THC,

The main problem now is the longer the hemp is held, the quality is diminished. Dee says he could lose up to $30,000 and tells PIX11 he’s already lost clients.

”If I lose this product, I’m going out of business, I’m completely done.”

Dee took to Instagram in defense of his business and said his brother was falsely arrested. He’s gotten a lot of support on social media.

“We’re in contact with our attorney, we want our product back ASAP,” said Dee. “We want an apology for my brother’s arrest, this guy has never been to jail in his life he’s traumatized.”

Dee’s brother was released on his own recognizance. Dee is also extremely angry at FedEx and says he may take legal action. The next court is not until November 19. Dee says by then, the 106 pounds of hemp could be useless.