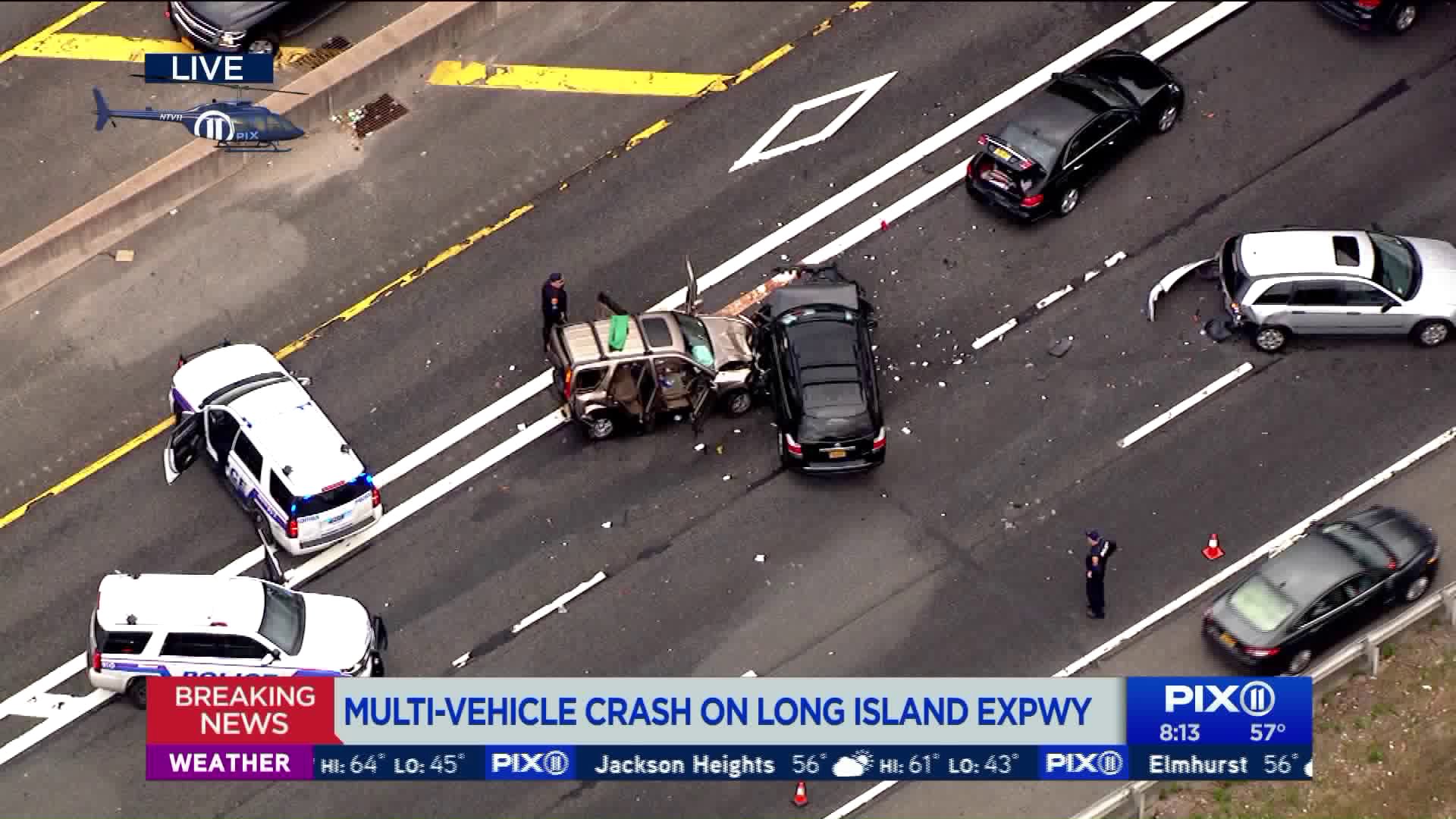 A multiple-vehicle collision on the Long Island Expressway Tuesday morning caused extensive traffic backups and delays. AIR11 was over the scene.

DIX HILLS, N.Y. — At least five people were injured, one seriously, during a multiple-vehicle crash on the Long Island Expressway Tuesday morning.

A man was driving a 2012 Toyota Highlander westbound on the LIE when his vehicle rear-ended a 2004 Honda CRV around 7 a.m., authorities said.

AIR11 was over the scene as the collision created an extensive traffic backup on the westbound side of the highway near Dix Hills.

Westbound lanes of the Long Island Expressway were closed between Exit 51 and Exit 53, near Sagtikos Parkway, causing massive delays on the highway. All westbound lanes reopened to traffic hours later.