Why Millennials are moving out of NYC and other big cities 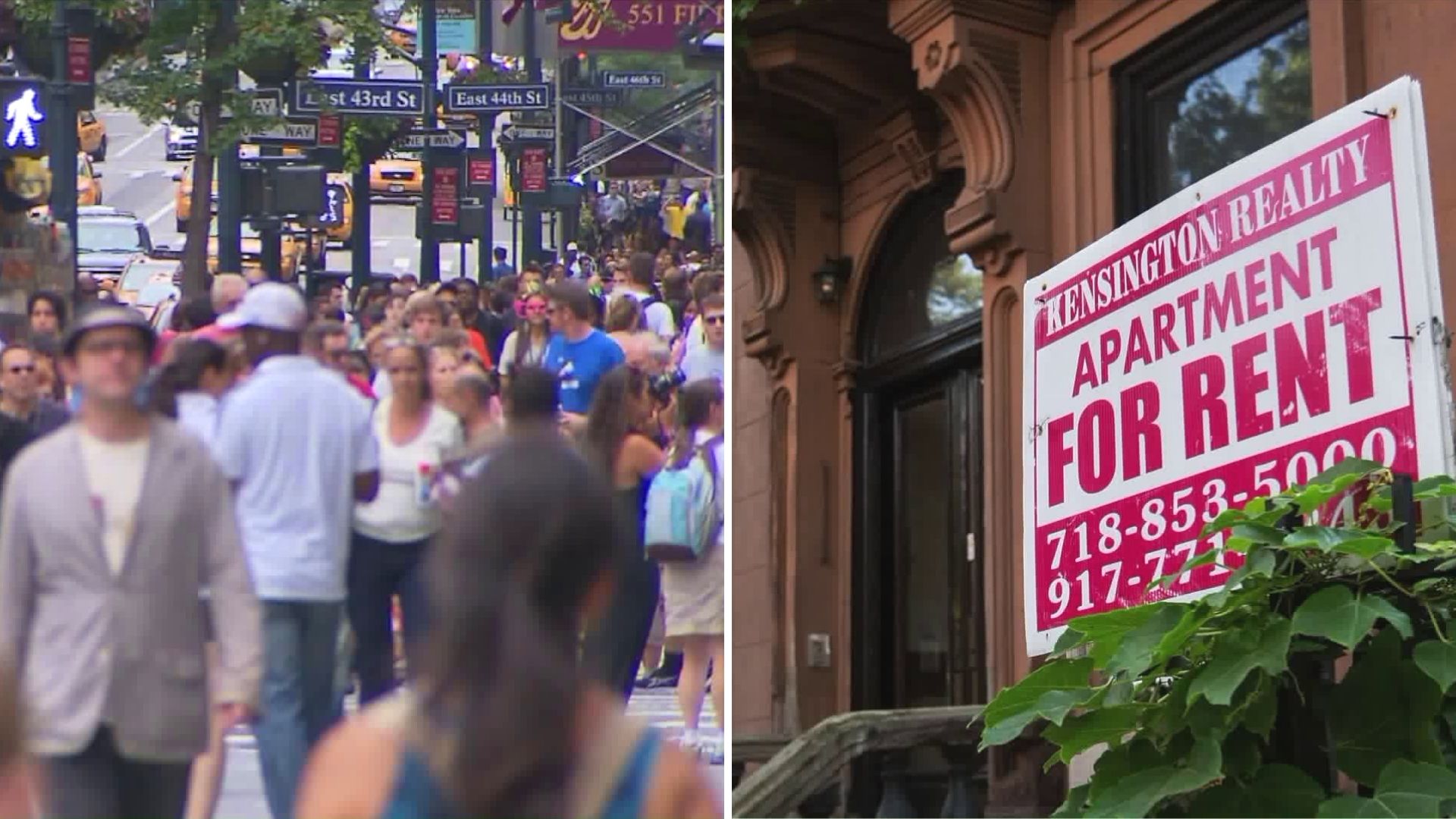 According to ApartmentList.com, New York is ranked as one of the top 10 most unaffordable metros for millennials. It was given an overall `D` grade based on jobs, affordability and livability. For these reasons, many young professionals are saying `see ya` to the Big Apple. The millennials most likely to leave are under the age of 35 and make six-figure salaries, according to Evi Kokalari-Angelakis of NYC-based Golden Key Realty.

NEW YORK — New York City millennials are on the move, and out of the Big Apple.

According to ApartmentList.com, New York City is ranked as one of the top 10 most-unaffordable metropolitan cities for millennials. It was given an overall "D" grade based on jobs, affordability and livability.

The top three cities based on those factors? Pittsburgh, Pennsylvania; Provo, Utah; and Madison, Wisconsin.

The millennials most likely to leave are under the age of 35 and make six-figure salaries, according to Evi Kokalari-Angelakis of New York-based Golden Key Realty.

"They're doing the right thing of trying to save money, increase the quality of their lives and not stick around," said Kokalari-Angelakis.

Jersey City residents Matt Sheneman and Brittany Peters moved out of their Upper East Side walk-up apartment last year after getting engaged. They now live in one of the New Jersey city's many luxury properties, The One.

"Prices in the city where we were located, where we felt comfortable living, where we wanted to live – it just priced us out," said Sheneman, a 27-year-old medical student at Rowan University.

"We have an X-Box room, we have a golf simulator, we have a movie theater downstairs and a dog park," said Peters, a 26-year-old marketing consultant, ticking off their building's amenities.

Those amenities were beyond their budget in Manhattan, where the couple put all their money into rent, food, and Sheneman's medical school expenses.

"It all adds up," said Peters. "And then you can't eat and you're like, 'good thing we don't have a refrigerator in this apartment because it's small and we don't have money!'"

Peters and Sheneman said that leaving New York allowed them to begin saving for their wedding and build a more financially stable future.

"It's afforded me [the ability] to put a savings together," said Peters. "I'm contributing more to my 401(k). Just all in all, it was just a no-brainer for us."

Although there is much migration from New York to New Jersey, Kokalari-Angelakis said she sees a lot of millennials choosing father states like Nevada, Texas, Florida and California. "San Diego is the top spot right now [where] millennials are going and are loving it."

Kokalari-Angelakis explains the reason for the millennial migration is threefold.

The second factor stems from the aftermath of 2008's Great Recession, when banks approved significantly fewer mortgages. This forced would-be buyers to rent, increasing demand and driving up rent prices in the city.

The third factor is New York's new statewide rent stabilization laws that went into effect in June. The new rules are designed to keep housing more affordable by preventing building owners from deregulating apartments and making it harder to raise rent prices.

The real estate industry, however, argues that owners will not update apartments if they can't raise prices.

Kokalari-Angelakis argues that will in turn drive tenants to newer construction, which will then drive up the rent.

"We can see, easy, $5,000 for one-bedroom apartments in New York City," said Kokalari-Angelakis. "That's going to be the norm in the future. That's my fear. And it's going to be in the next two to three years."