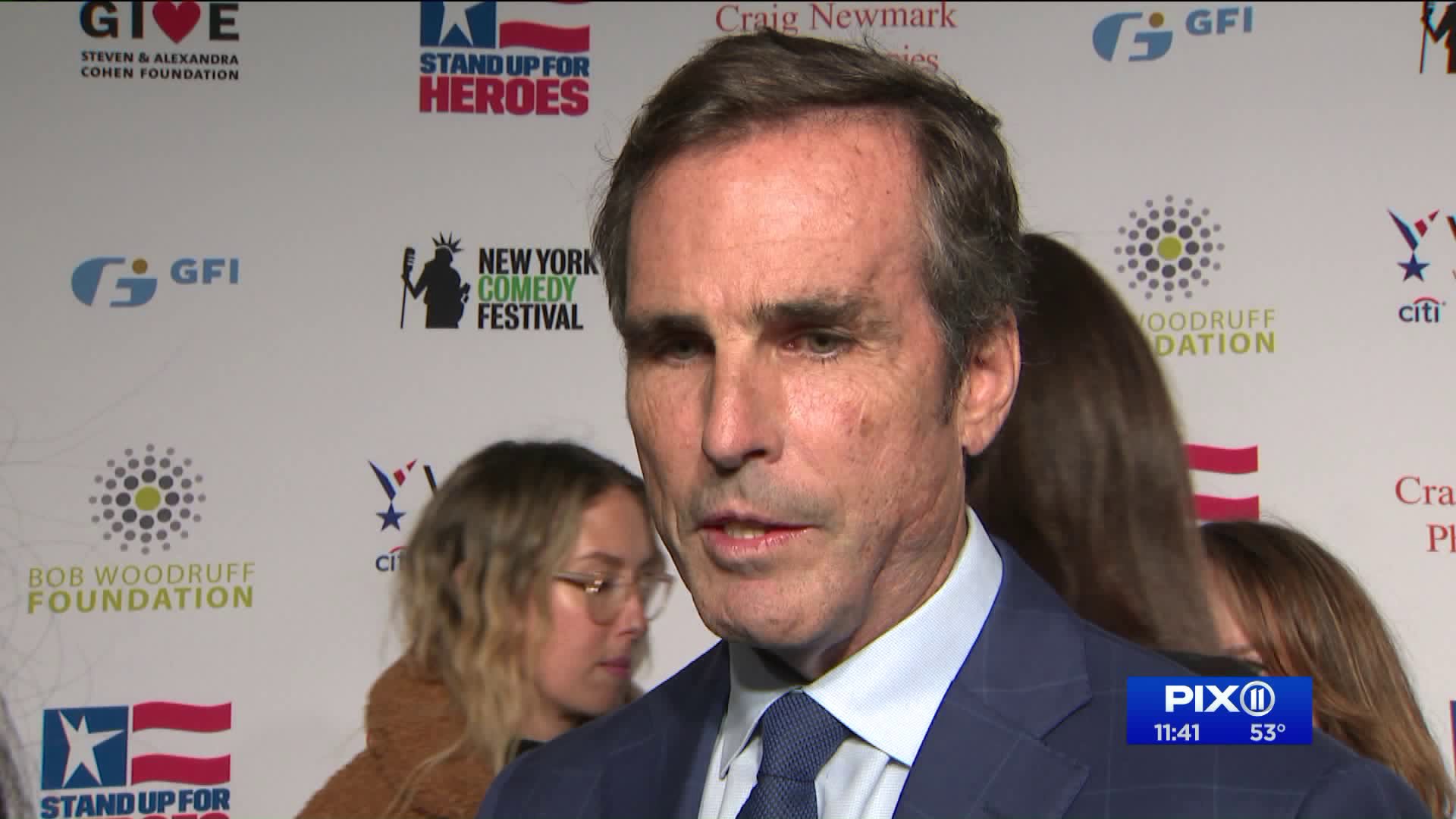 The stars of the comedy world were out in force tonight. But the true stars to walk the red carpet - military veterans. The "Stand up for Heroes" event honors wounded veterans.

MIDTOWN — The stars of the comedy world were out in force tonight.

But the true stars to walk the red carpet: military veterans. The “Stand up for Heroes” event honors wounded veterans.

Comedian Hasan Minhaj and stars like Sheryl Crow were in attendance. Along with other headliners like Bruce Springsteen and Jon Stewart, they’re performing at the 13th annual Stand up for Heroes event taking place at the Hulu theater at Madison square garden Monday night. Minhaj's mom was a Veterans Affairs doctor.

"Seeing my mom, as a doctor, treat veterans that serve our country so to be a part of this were I can do ten minutes of comedy to benefit veterans is an amazing opportunity," said Minhaj.

Stand up for Heroes honors the nation’s post 9-11 impacted veterans. It’s presented by the New York Comedy Festival and the Bob Woodruff Foundation. Funds raised go to the Woodruff Foundation, which distributes money to programs helping wounded veterans, service members and their families.

“We sold these tickets out faster than we ever did before," said Woodruff. "We're raising the money we're finding the best place to put it."

The work of the Foundation is very personal for Bob Woodruff. The journalist was reporting for ABC News in 2006 covering the war in Iraq when the vehicle he was riding in was hit by a roadside bomb. Woodruff credits military medical professionals with saving his life and now he’s made it his life's mission to give back.

"Sometimes I say if anything is ok, on the edge of good, when you get blown up is this one," said Woodruff. "I don't think I ever would be doing something quite like this, I don"t think I would feel so satisfied, had this not happened."

Woodruff says, at the end of the day, it's about a continuing commitment to those who serve our country.

"The good thing about Bob's foundation is he doesn't just focus on one injury or one wound, he opens it up to everyone, he's able to helo more than just certain individuals," said Israel del Toro. The Air Force Master Sergeant was badly burned following an IED explosion in Afghanistan in 2005.

"Through support they provide with volunteers, manpower and funding to help non-profits that are helping us, its direct action, these are things changing our lives everyday," said Major Pete Way. The retired U.S. Marine Corps member spent 24 years in active and reserve duty. He retired in 2013 after a leg injury, and has a full-time service dog, named Rory Semper.

Since it’s inception the Bob Woodward Foundation has invested more than $65 million to in programs supporting our heroes and their families.