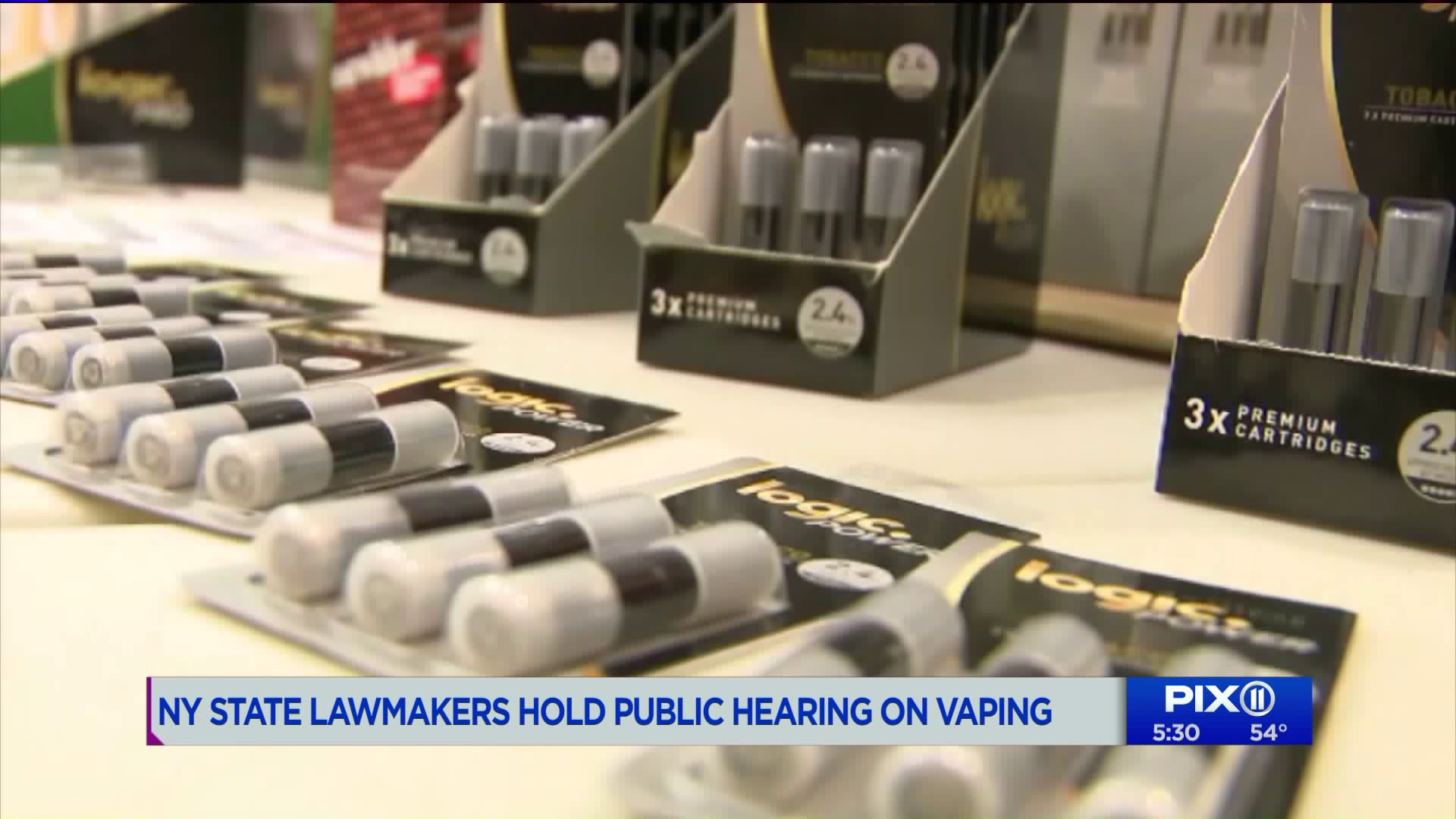 It was the first New York State Senate hearing to address what health officials call a vaping and e-cigarette epidemic.

It was the first New York State Senate hearing to address what health officials are calling a public health crisis.

The use of vapes and e-cigarettes being blamed for some deaths and now more than 150 respiratory related illnesses are forcing state lawmakers into action.

Monday's hearing, they said, was the first step before creating a comprehensive bill addressing the growing problem, particularly how it impacts the state's youth

Senators from Rockland County, Westchester County, across New York City and Long Island came together in a bi-partisan effort to listen about a dozen witnesses both for and against the banning of flavored versions of these now wildly popular devices.

The numbers presented by the state were alarming. 156 cases of respiratory illnesses from vaping or e cigs in New York State alone are being examined, and almost 28% of high schoolers report that they currently use vapes. More than 80% of high schoolers said when they tried vaping for the first time, they opted for the flavored version because it was more appealing. That's according to the New York State Health Foundation.

Backers of the industry, like New York State Vapor Association, said they are in favor of some regulation, but believe state lawmakers are headed in the wrong direction.

"It's going to be complete and total black market immediately overnight," said Cheryl Richter of the NYS Vapor Association.

State health officials, however, said recent illnesses have lead them to advise New Yorkers to stop using any and all vapes. Brad Hutton, the Deputy Commissioner of Public Health for the New York State Department of Health also added the common misconception that e-cigs or vapes will help someone quit and are cessation devices is incorrect and also said vaping and traditional cigarettes are equally dangerous.

"It's like comparing two bombs and asking which is more explosive. They're both explosive. Both of these products are harmful to health and you should not be continuing use," said Hutton.