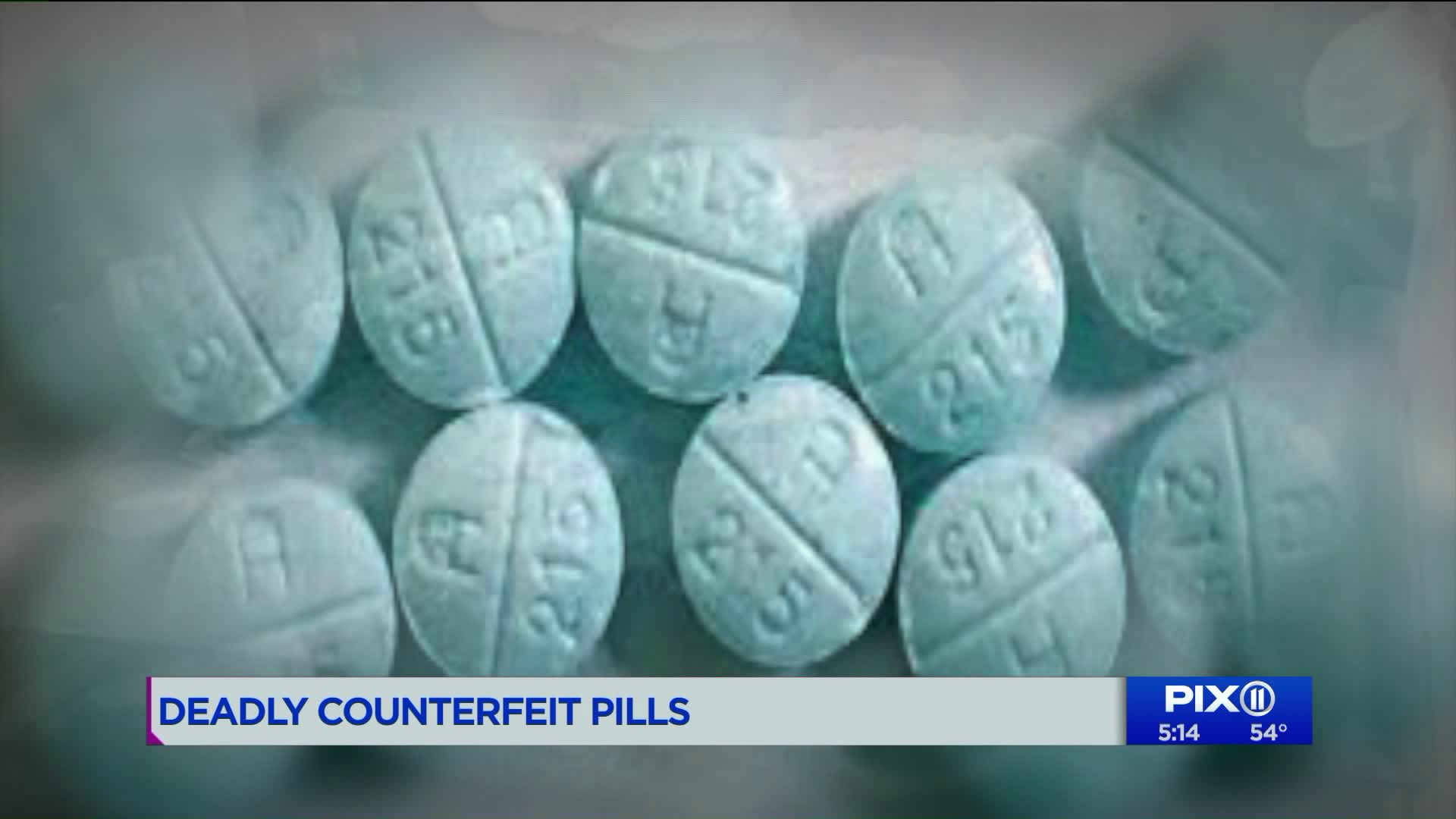 Counterfeit pills are getting into the hands of everyone from college students and construction workers, to teachers and lawyers.

Counterfeit pills are getting into the hands of everyone from college students and construction workers, to teachers and lawyers.

The federal law enforcement agency has issued a warning, nationwide.

"We notice now through our analysis 27-percent of pills we analyzed are coming up with 2mm or more of fentanyl, and that's considered lethal," said DEA NY's top agent.

"It's a couple grains of salt that's the size of what 2 milligrams of fentanyl looks like and its enough to kill a person - it's the most dangerous drug we've seen here in America."

Back in September, PIX11 was given an inside look into some of the fake fentanyl-laced pills as they were being analyzed inside the DEA lab here in NYC.

"Counterfeit pills are being made in Mexico or here in NYC to look like legitimate prescription drugs, they'll have the same color, similar texture and have the same markings."

According to federal agents, in New York hundreds of thousands of knockoff pills seized were laced with heroin and fentanyl.

"At least 60-percent of the overdoses here in NYC can be attributed to fentanyl," said Donovan.

According to the DEA, Mexican cartels are manufacturing mass quantities and the internet opened up the door for expansion of the synthetic opioids.

"A lot of drug dealers aren't depending on international drug cartels anymore they can go online on the dark web and order up their drugs and distribute it right from their homes."

And, that's why they're easily, and quickly getting into the wrong hands.

"The people who are buying these counterfeit pills are your normal people, I think the warning tonight to New Yorkers is to stay away from purchasing drugs on the street."

To avoid these counterfeit pills, federal agents say only use pills that were prescribed by your doctor for a legitimate need, and, make sure the prescription is filled by your pharmacist.