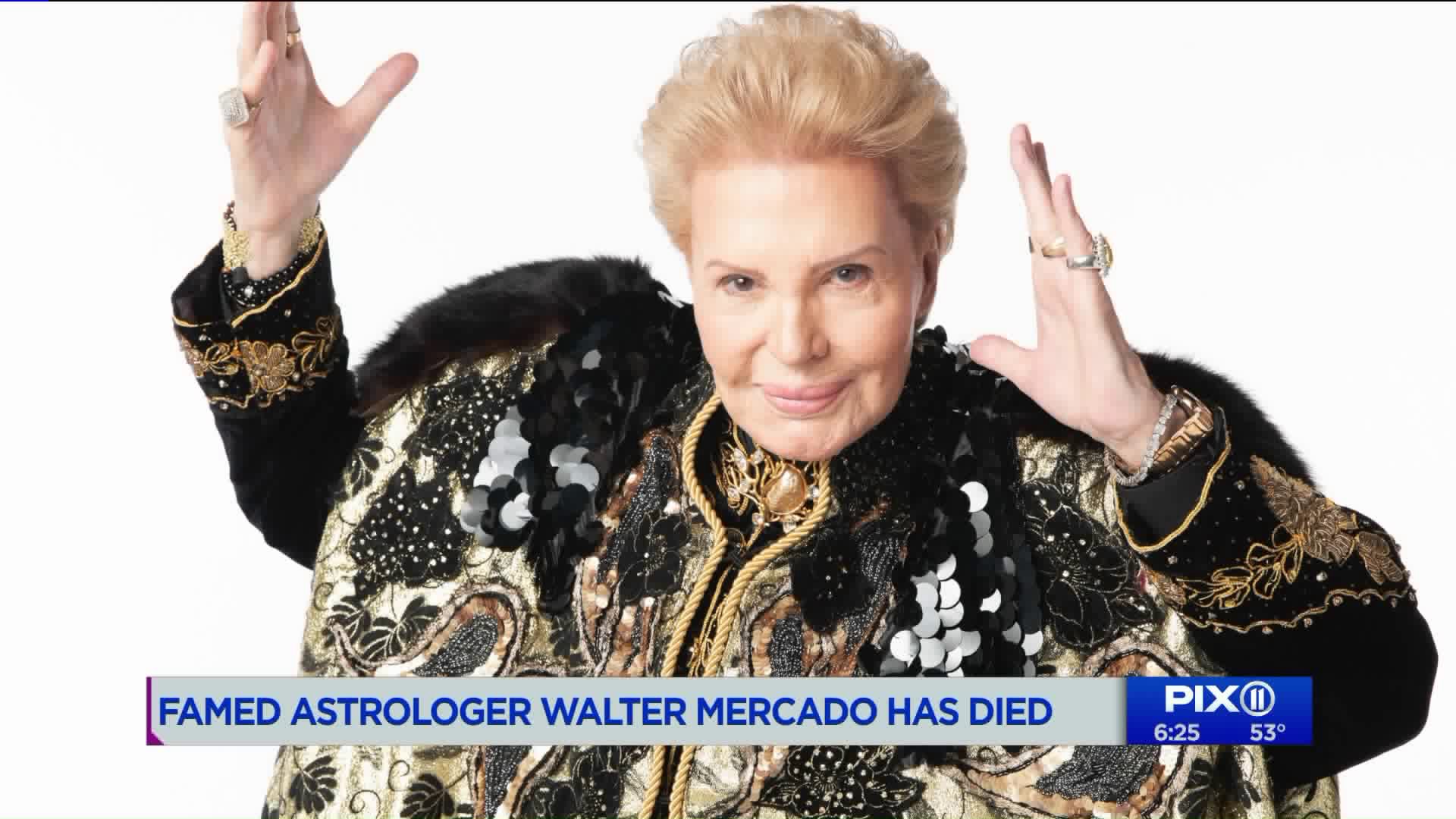 Walter Mercado, a flamboyant astrologer and television personality whose daily TV appearances entertained many across Latin America and the U.S. for more than a decade, has died. He was 88. His catch phrase to his audience: "Above all, lots and lots of love."

SAN JUAN, Puerto Rico — Walter Mercado, a flamboyant astrologer and television personality whose daily TV appearances entertained many across Latin America and the U.S. for more than a decade, has died. He was 88.

Hospital spokeswoman Sofía Luquis told The Associated Press on Sunday that Mercado died from kidney failure at the Auxilio Mutuo Hospital in San Juan late Saturday. He had been living in the suburb of Cupey and had spent several days in the hospital before his death.

"He is one of those people who used his celebrity and power to reach millions in order to inspire people with good messages," said Aida Levitan, who helped organize an exhibition in August at the HistoryMiami museum to honor Mercado.

She said hundreds of people showed up and wanted to meet him and take pictures, and he agreed to it all.

"It's not easy at the age of 88 to face 500 people trying to take pictures. He never lost his cool," Levitan recalled in a phone interview with the AP. "He used all his gifts and talents for the good of mankind and that's what makes him so appealing."

Mercado was born in Ponce, one of Puerto Rico's largest cities. He worked briefly for TV stations based in the U.S. Caribbean territory before moving to South Florida.

There, he gained fame for his daily horoscope segment on Spanish-language TV, delivered in a dramatic fashion with an exaggerated trilling of the "r'' sound. He favored long and colorful brocades and huge gemstone rings, which he flashed while pointing to viewers.

His catch phrase to his audience: "Above all, lots and lots of love."

Mercado never publicly stated his sexuality, but he was an icon in the gay community as someone who challenged the conservative television culture in Latin America.

Alex Fumero, a Los Angeles-based filmmaker who has spent two years working on a documentary about Mercado, said the astrologer was an unlikely icon in the Latino community.

"This is a culture that's been dominated by machismo and homophobia for a very long time. For someone who so brazenly played with gender and sexuality and always remained something of a mystery...he was really brave," Fumero said in a phone interview.

He recalled being struck by Mercado's large collection of books in his home.

"He can talk to you about Anna Karenina. He's a real intellectual in that sense," Fumero said, adding that Mercado also was extremely kind. "He was one of the most loving people. Being around him, you felt good."

In 1998, he got in trouble for endorsing alleged health and beauty products and was named in a class-action lawsuit that accused him of misleading people into buying beads with supposed special powers. The president of the jewelry company, Unique Gems International Corp., was later sentenced to 14 years in prison for defrauding 16,000 people in a $90 million scam.

In October 2010, Mercado announced he was changing his name to "Shanti Ananda." That same year, he stopped shooting his segment for the Univision Spanish-language TV channel. Months later, he began to deliver daily horoscopes through El Nuevo Herald newspaper in Miami.

Mercado was hospitalized in December 2011 in Puerto Rico following a cold that turned into pneumonia. His health condition worsened, and he was transferred to a hospital in Ohio. It was later revealed that he had suffered a heart attack.

In 2014, he launched a website called passionlatinos.com that offered horoscopes, online dating and an array of products called "Captivating," that included fragrances, candles, soaps and body lotions aimed at prosperity, sex, health, peace and love.