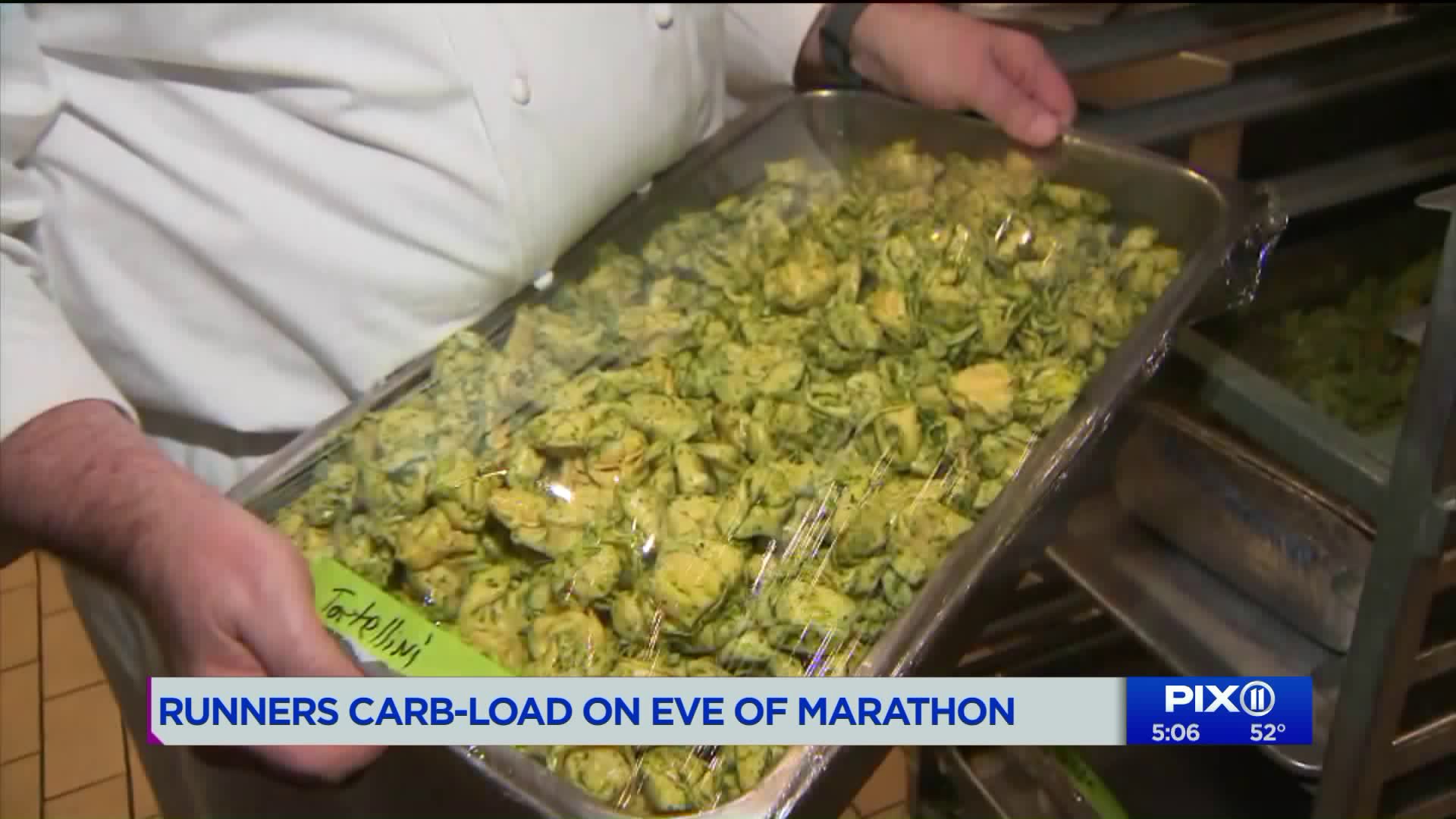 Pasta, pasta and more pasta! Check out how these runners are fueling up ahead of the massive event.

With close to 53,000 runners hitting the pavement for the 2019 New York City Marathon Sunday, it may be the largest field ever — and 60% of those running will be doing it for the first time.

The team from Amsterdam is made up of both veterans and first timers.

“It has a lot of challenges and it is not the easiest but the crowds are the best,” Margriet Nijnens, a marathoner from Amsterdam, told PIX11 News.

The day before is a big time to pose for pictures at the finish line and to remember the man who started it all, Fred LeBow. It’s hard to believe the first New York City Marathon in all five boroughs was back in 1976 with just 1,549 finishers.

Anyone can run a marathon doing it for charity, like I did back in 2013 for the American Cancer Society.

Young and old are still dreaming about some day completing the 26.2 mile race.

“I might try running it next year,” Gabrielle Yatauro, told PIX11 News.

The night before, it was time to eat well with carbs and protein like at this dinner at Tavern on the Green with lots of choices on the menu.

“We have two types of pasta and chicken and Salmon,” Bill Peet, the executive chef, told PIX11 News.

And a spokeswoman for the New York Road Runners club had advice for the marathoners.

“And don’t forget to get a good night’s sleep,” she added.