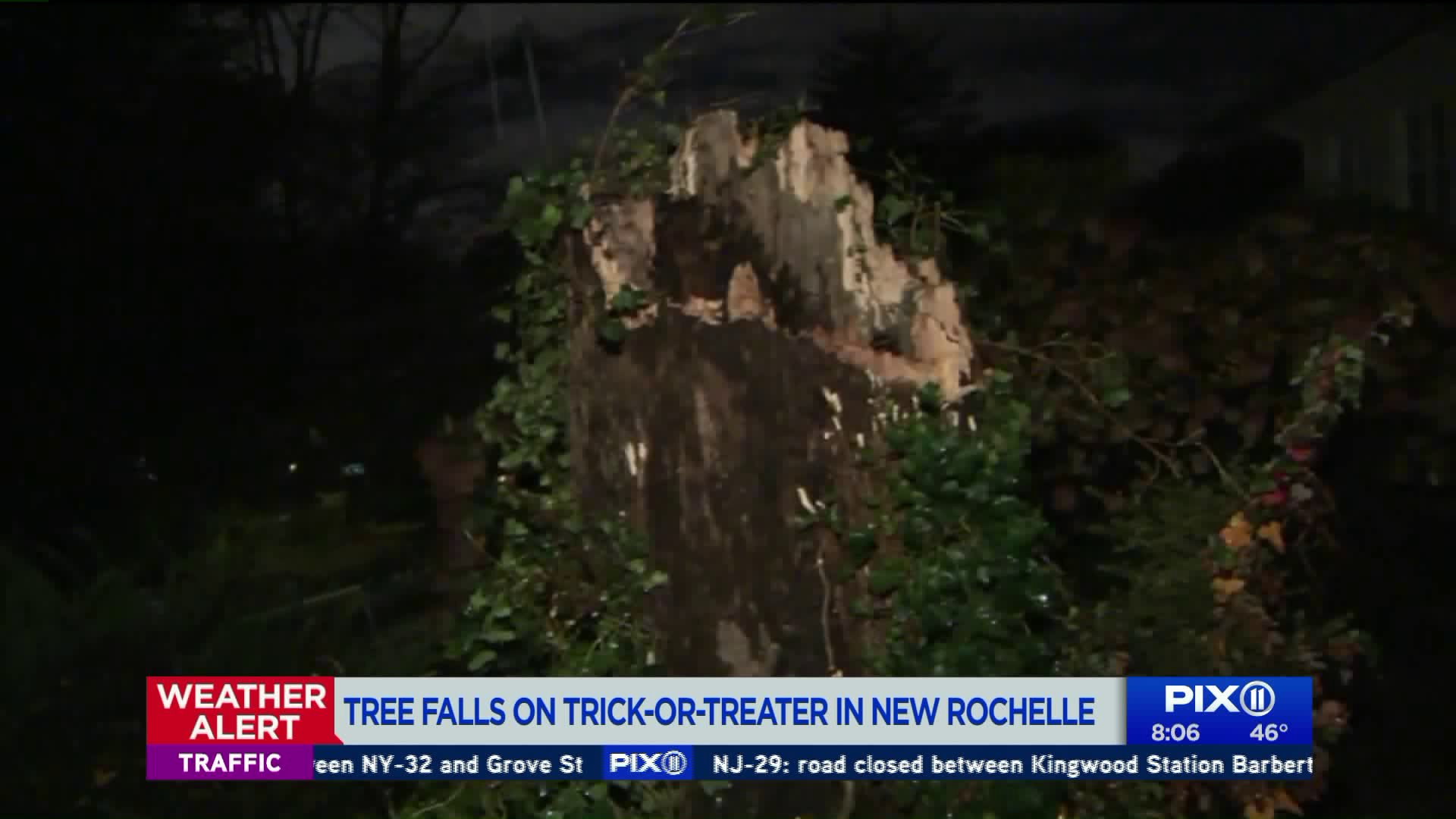 A trick-or-treater in Westchester County was left with injuries after a tree fell on top of her Thursday night. 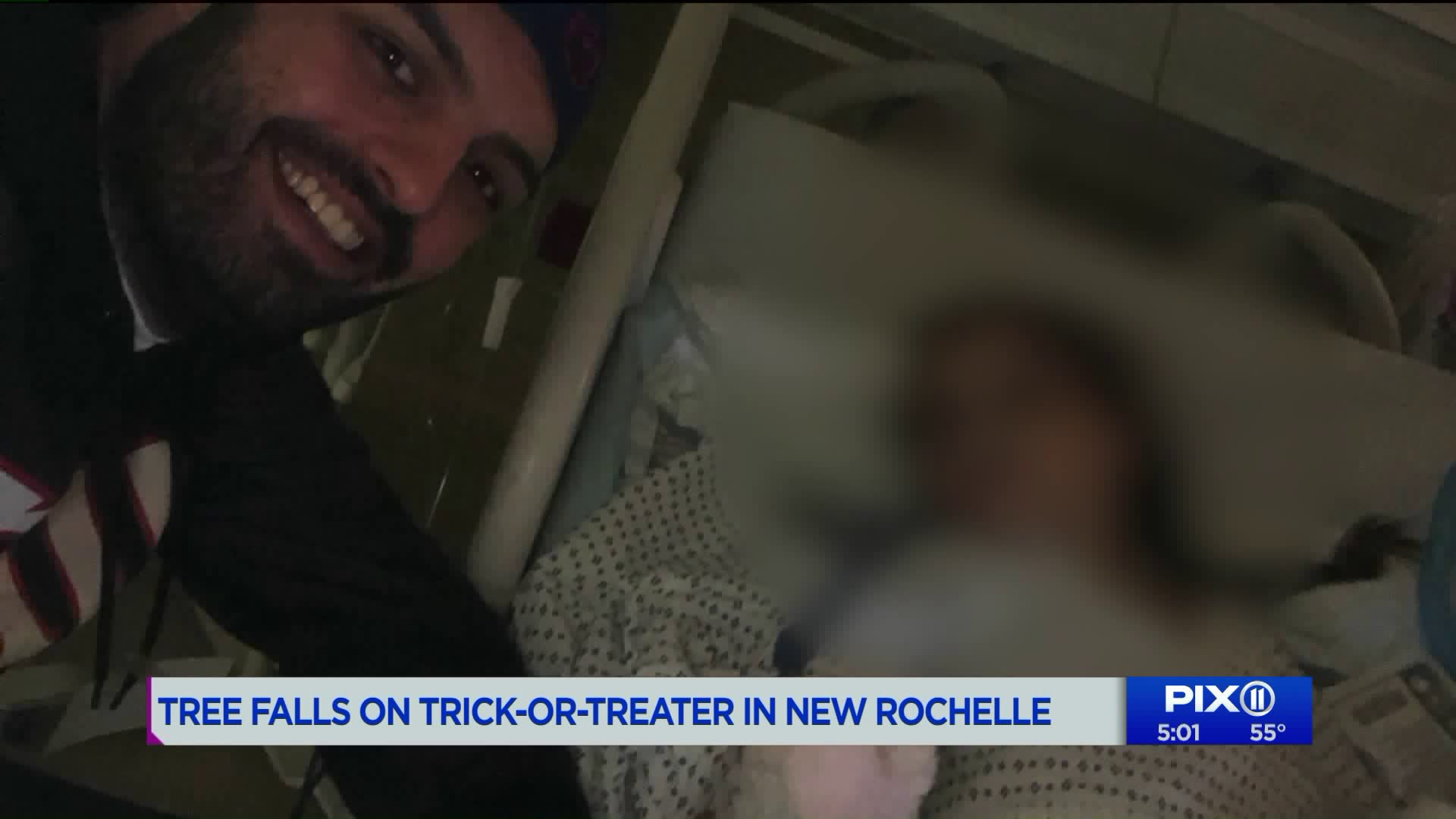 NEW ROCHELLE, N.Y. — A trick-or-treater in Westchester County was left with injuries after a tree fell on top of her Thursday night.

A 9-year-old trick-or-treater in Westchester County was left with injuries after a tree fell on top of her Thursday night.

It happened around 6:30 p.m. near Maywood Road and Mountain Avenue in New Rochelle, police said.

As a 9-year-old girl walked around the neighborhood to get treats with her mom, a massive tree toppled down, falling on the child., authorities said.

The young girl was taken to the hospital for their injuries, police said. The extent of her injuries was not immediately disclosed, but a local authorities say she sustained several fractures.

Neighbor Joe Lanni told PIX11 he and his wife heard a crash and felt their house shake. When they ran outside, they saw the large tree on the ground with the girl — who had just stopped by his house for candy — underneath.

The tenant of the home where the tree was located told PIX11 she was about to greet the girl, who was dressed as witch, when the tree fell. The tenant said she has previously asked the landlord and the town to remove the tree, and that it was on Con Edison's "to-do list" this summer, but it was never done.

New Rochelle City Manager Chuck Strome said in a statement that "When a tree is in close proximity to electrical wires, the city cannot take any action until Con Edison first removes the top of the tree. Since September, the City has been in regular contact with Con Edison to repeatedly urge the utility to address the tree at 4 Maywood, and this work received all requisite City permits months ago. New Rochelle’s Department of Public Works reiterated this request as recently as yesterday.  Con Edison’s catastrophic failure to address these conditions in a timely fashion should lead to a fundamental re-evaluation of the utility’s entire process for ensuring safety around trees in urgent need of maintenance."

A trick-or-treater was left with injuries after a tree fell on top of her Thursday night.

In a statement, Con Edison told PIX11 "Our hearts go out to the young girl and her family.  We are in contact with officials of the City of New Rochelle to review the matter."

According to PIX11 Weather, at the time the girl was trick-or-treating, sustained winds were estimated at 15 miles per hour with gusts of 35 to 40 miles per hour.

Halloween's thunderstorms and heavy winds rushed through the tri-state area into Friday morning, causing many to lose power, downed trees and even a transformer catching a telephone pole on fire.