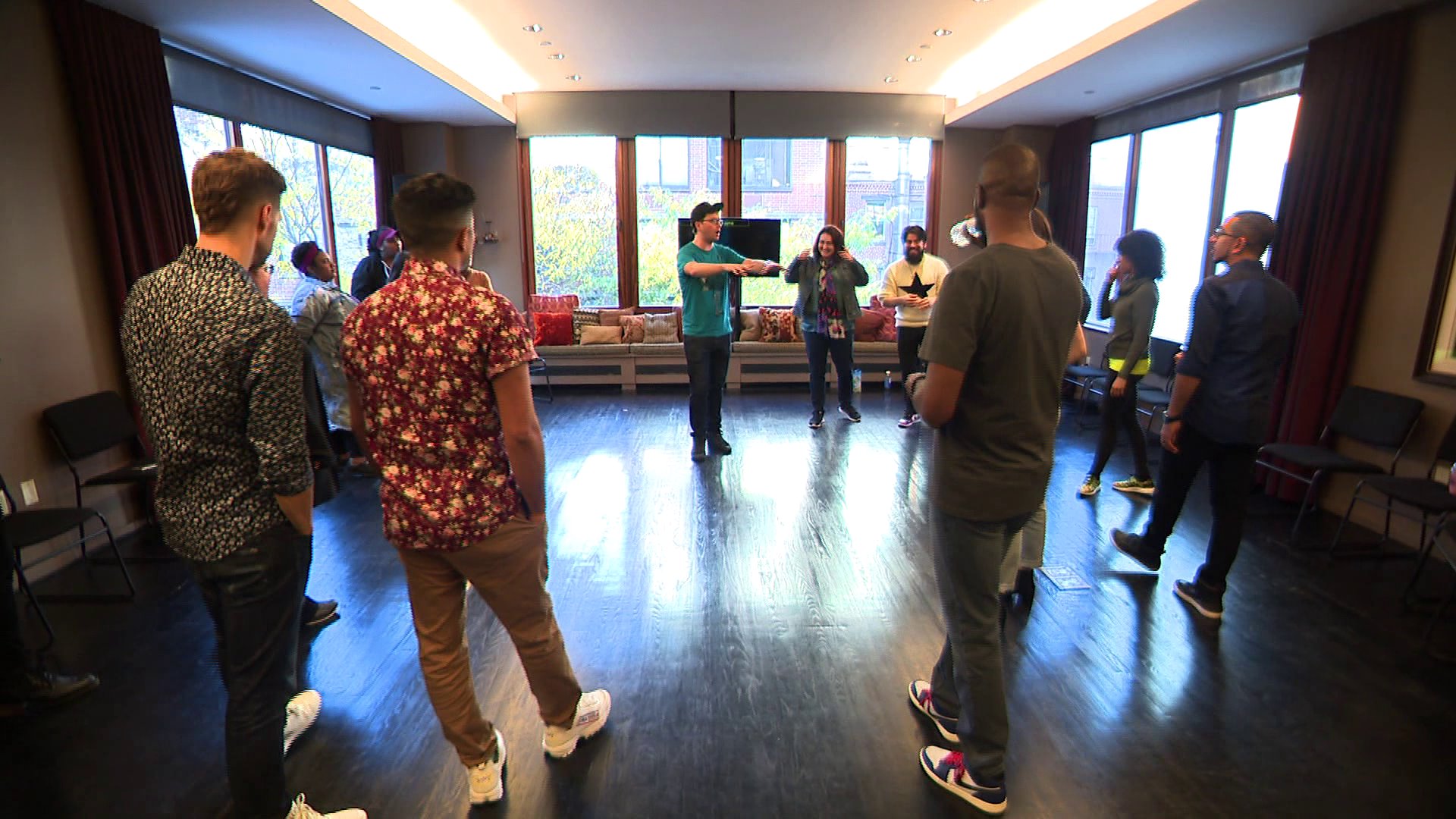 Before "Hamilton," and "In the Heights," there was "Freestyle Love Supreme."

It was Lin-Manuel Miranda's hip-hop traveling troupe. Since its Broadway premiere last month, it has opened to a whole new audience. Now, it's even spawned a course, called what else? "Freestyle Love Supreme Academy." It's an 8 week class, that's teaching students of all ages, rap, improv and how to express yourself. PIX11 got an inside look at the class Friday.

A group of about 15 students gathered on Manhattan's westside to explore improv skills, word flow, speaking through music and of course beatboxing.

"When we're performing with FLS we're just making sure everybody feels as included as possible including the audience 338 most importantly the audience," said Chris Sullivan. "With Freestyle Love Supreme Academy, we primarily seek to create that environment in the room so our participants feel free and safe to speak their own truths and in the meantime learn to rap."

Sullivan is co-founder of the Academy and a performer on the Broadway show. He has been a part of the traveling troupe for 15 years.

"I'm the beat boxer of the group, that means making sounds, being the drummer, being the vocal percussionist," said Sullivan. "I'm responsible for being the drummer in the group as well as the soloist when that time comes and improvising just like everyone else."

Truth telling, storytelling, inclusion and finding ways to express who you truly are, just some of what's taught in this unique class.

Freestyle Love Supreme Academy is based on the show currently on Broadway by the same name. It’s part rap, part comedy and all improv.

Here’s how the show works: the performers make up raps on the spot after taking suggestions from the audience. It could be one word or a phrase and the actors then jump off of that and do improv. The course is taught with all that in mind - 7 three-hour classes and a live performance in the 8th week.

"I've been singing all my life musical theater background I went to school for musical theater and I'm a big fan of the guys, I used to go see the shows when I was in high school college and then I found out that they were having an Academy and I was super interested," said Aneesa Folds. "Then they asked me to come audition for Broadway, it's been a wonderful fast year, one of the greatest years of my life!"

Queens native Aneesa Folds is a Cinderella story. She took the course last March and is now a regular member of the Broadway cast.

"So my rap name in the show is Young Neese and it.s actually from high school, my nickname in high school because I used to freestyle rap as a kid," said Folds. "I was terrified going into it but as I kept doing it, it just felt natural and so yes hanging out with these guys is awesome and it's pretty weird to be on stage with your idols and people you've looked up to your whole life but they're just humans and when they get together they're just like big kids so that's fun to watch."

The Freestyle Academy isn't just for actors and other performers who have their sights set on Broadway. It's really for anyone who wants to increase their confidence and hone their creativity when going before a crowd.

"Anybody who is willing to step forward and make a bold choice to create, it doesn't matter who you are as long as you have something to tell and a way to express yourself," said Sullivan. "Right now, it's currently 8 weeks for the adult classes, we also offer youth camps and we have corporate workshops and talks that we also give so we have the opportunity to reach out to companies and give them some of the tools that help them think on their feet, whether they're rhyming or not!"

Now, the Academy - created and run by FLS members - has its latest group of students.

"It's really opening me up to do more creative things aside from this so I feel like I'm redisovering a part of myself," said Shamarah Hernandez, a student in the current Academy. "I feel like they're telling us to express from the heart so it takes away the pressure from being your favorite rapper or being like a seasoned actress, once you're out of your own way, it's really incredible how creative you can be."

"It's like a really nice community everyone's open and trusting and loving by the end of the 8 weeks everyone is just spitting bars," said student Christopher de la Cruz, who saw the show on Broadway and was so inspired by it, he signed up for the Academy. "Our classes had a lot of different people of different experiences, so you've had some people who've done it before and then you've had other people like me who are like what?"

The class is on a rolling admissions basis. Organizers hope to run a course every season. It costs $550 and is open to anyone age 18 and up. An Academy for kids 12-18 is open during the summer.