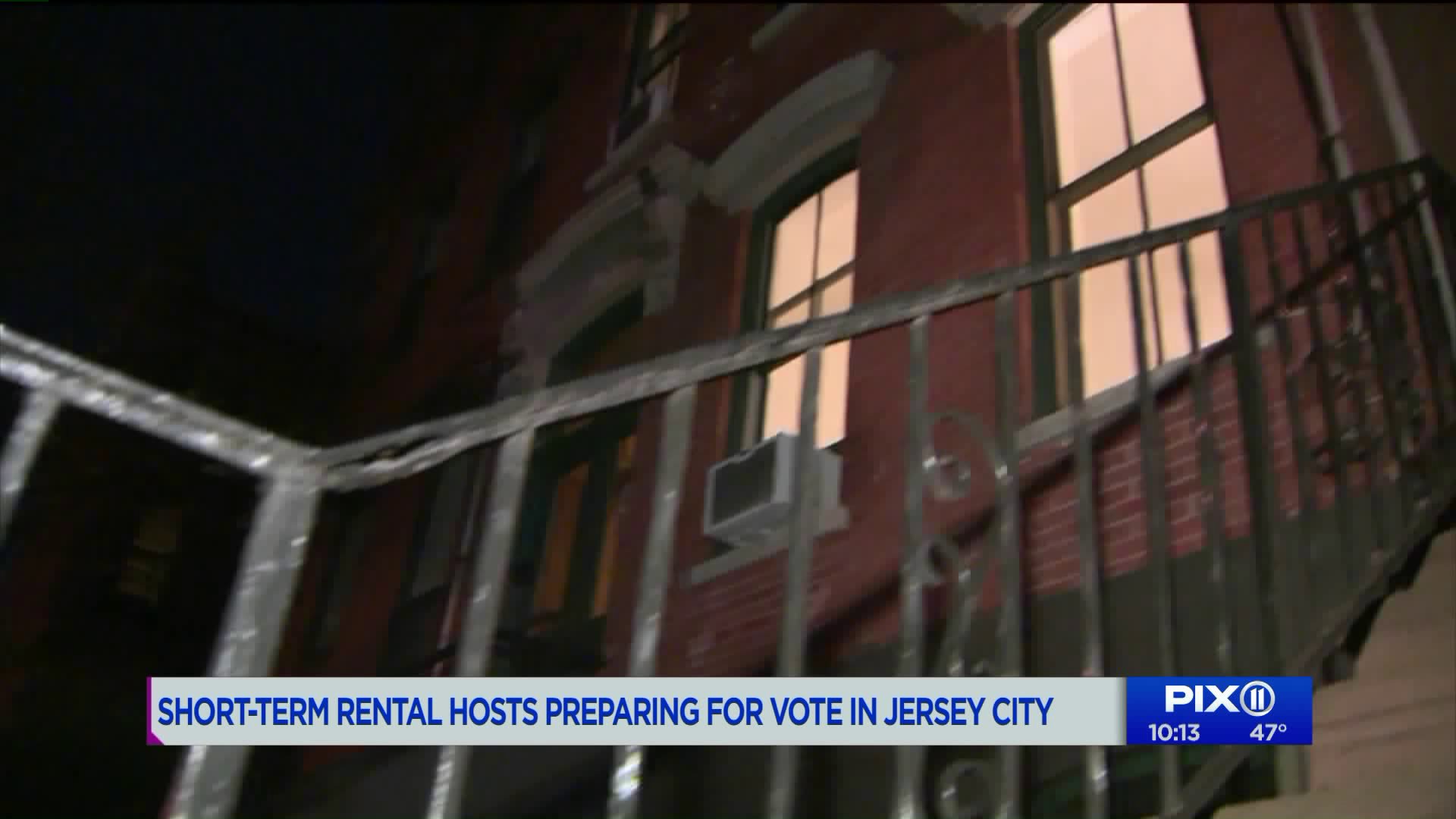 Residents are set to weigh in at the polls next Tuesday by either supporting, or voting down a resolution that would limit how many rooms and buildings property owners could rent out on AirBnb`s popular website.

JERSEY CITY — When it came time for Jovante Smith to book a birthday celebration trip with his buddies from their native Cleveland to New York City, they quickly realized it made more financial sense to party in Manhattan, and sleep in Jersey City.

"We're paying $600 for the total. We're here for like three nights," said Smith.

The short term rental company presence here on Arlington Avenue in the city’s Bergen-Lafayette section represents half of a heated debate over AirBnB’s future role in the city and its economy.

Residents are set to weigh in at the polls next Tuesday by either supporting, or voting down a resolution that would limit how many rooms and buildings property owners could rent out on AirBnb’s popular website.

Even though he’s staying in an Airbnb, Fruit is not opposed to more regulation.

"In any economy, you don't want anyone to monopolize an entire market completely," he said. "I think there should be government limits, not something too extreme."

When we told Councilman Solomon many residents say $2,500 and $3,000 rental apartments along the waterfront are what’s really driving up the rent, Solomon immediately pointed out that both are the problem.

"You can't address one without addressing the other," he said.

But the President of the Jersey City chapter of the NAACP says voting yes for the resolution would undercut the efforts of a hard working property owners.

"We do not have enough affordable housing," said Rev. Nathaniel Legay. "So there has to be other ways for home owners to subsidize their income."