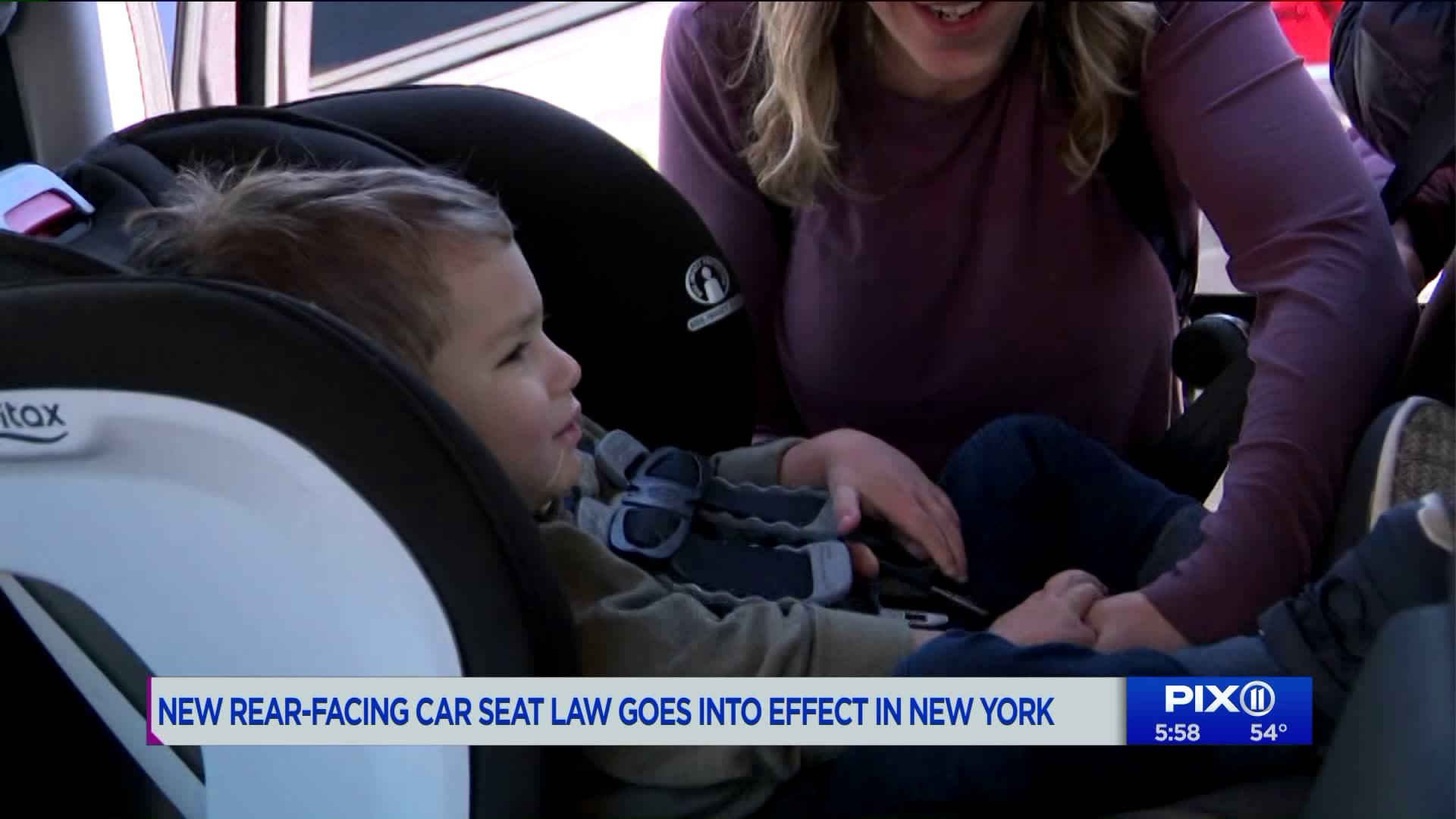 The numbers are staggering. More than 4,000 thousand young children were injured or killed in car accidents from 2017 to 2018 in NY. Now the state follows NJ and CT in requiring kids in rear-facing seats up to age two.

The numbers are staggering.

More than 4,000 thousand young children were injured or killed in car accidents from 2017 to 2018 in New York. Now the state follows New Jersey and Connecticut in requiring kids in rear-facing seats up to age two.

Lauren Paterno is mom to 2-year-old Hudson. She’s also a certified child safety seat technician with AAA and says having a child in a rear facing seat is extremely important. Paterno knows all about common mistakes parents make when it comes to installing them.

It’s vital it is to keep children rear-facing until the recommended age. It could mean a matter of life or death. Now there’s a New York State law that mandates drivers keep infants and young toddlers rear-facing until they’re at least two years old or reach the maximum height and weight requirements by the car seat manufacturer.

Unfortunately, parents often make the mistake of turning their kids around too early, which could mean a hefty fine or result in tragedy.

There were 27,000 tickets issued statewide for one year and the bulk of those tickets were issued in New York with queens the leader.

AAA hopes that this new law will reduce the risk of a child being injured in an accident, even if it means riding in a rear facing seat a little while longer. For more information on how you can get help installing your car seat, contact AAA