National Weather Service to determine Saturday if NJ storm was a tornado; residents remain shaken up 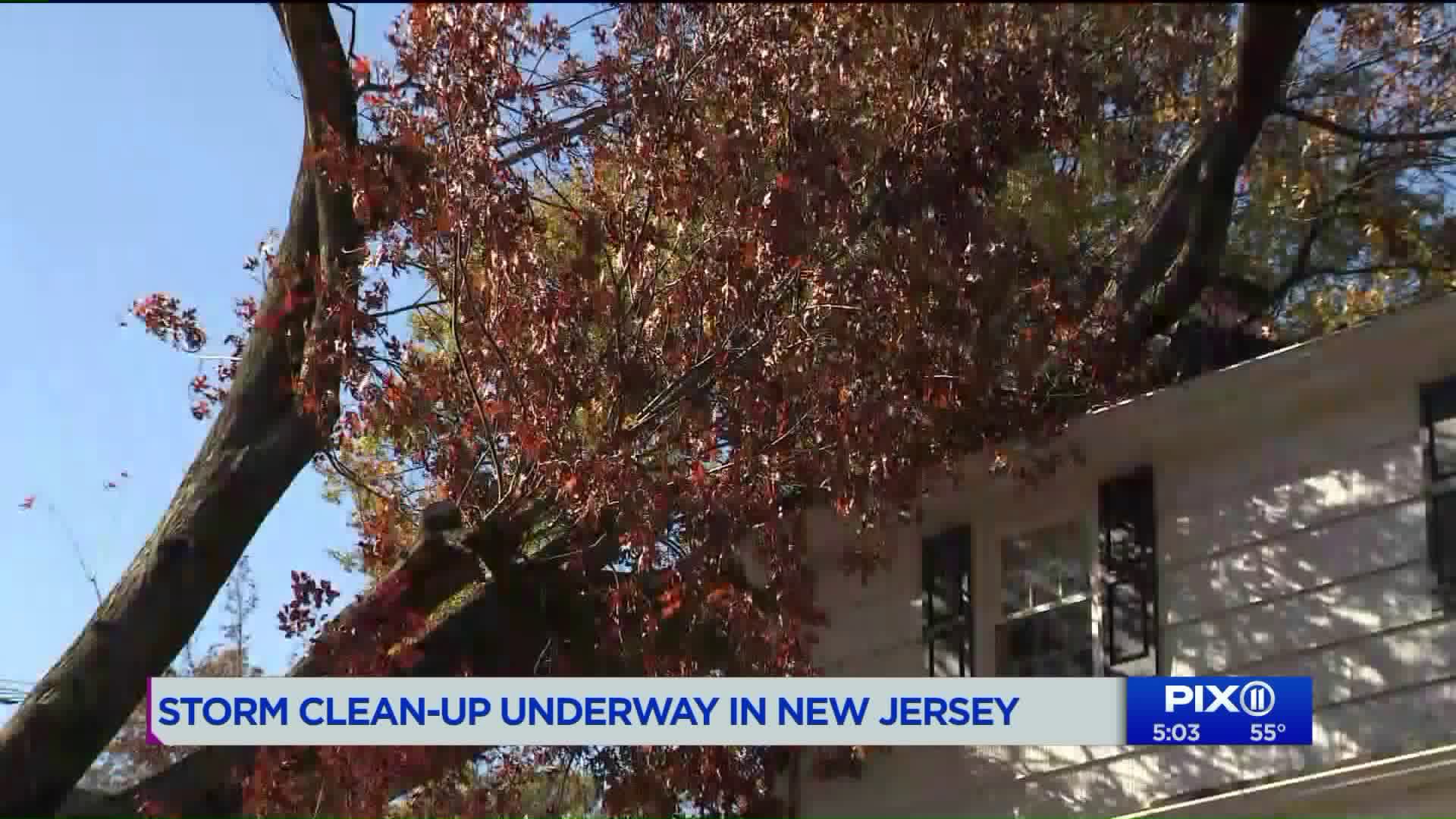 Hundreds of trees down on top of dozens and dozens of power lines across this town, and in other towns here in Morris County, are the reason that a state of emergency was declared.

MADISON, New Jersey — Hundreds of trees down on top of dozens and dozens of power lines across this town, and in other towns here in Morris County, are the reason that a state of emergency was declared.

Some residents, in surveying the damage, pondered exactly how strong the storm was.

"It looked and sounded like a tornado," resident Jen Gregory told PIX11 News. She spoke from her front yard, in which her five story tree had been sheared off just above the roots, and toppled over in Friday's rain and wind storm.

The National Weather Service told PIX11 News that it's undetermined whether the storm was a low level tornado, a microburst, or just high winds.

What's clear, though, is that the storm, and its effects, were unsettling.

"I woke up, I was so scared," said resident Susan Amling, "and my heart was pounding and I didn't know what to expect."

On her street, the intense winds, which hit around 12:45 a.m. on Friday, pulled down trees, which in turn pulled down electric lines and their apparatus.

"Ba-da-ba-da-dow!!" is how longstanding resident Willie McCullough described the storm's blast. "Everything came down," said, "then another loud crash, and the other transformer came down."

Two transformers in front of his home exploded and ended up on the ground, leaving his entire neighborhood in the dark. North Jersey had more than 20,000 customers without power on Friday morning, according to utilities that serve the area. By nightfall, the numbers were closer to 7,000.

That also left all schools throughout Morris County closed for the day. It was consistent with the state of emergency that Madison's mayor declared.

"Stay home if you can," Mayor Bob Conley said, "but if you're going to venture out, be extremely careful," he said, explaining the point of the state of emergency order.

A variety of residents said that the order was not overreach.

On Friday evening, the National Weather Service announced that its meteorologists will conduct a site survey in Madison to determine whether or not the severe thunderstorm contained a tornado.