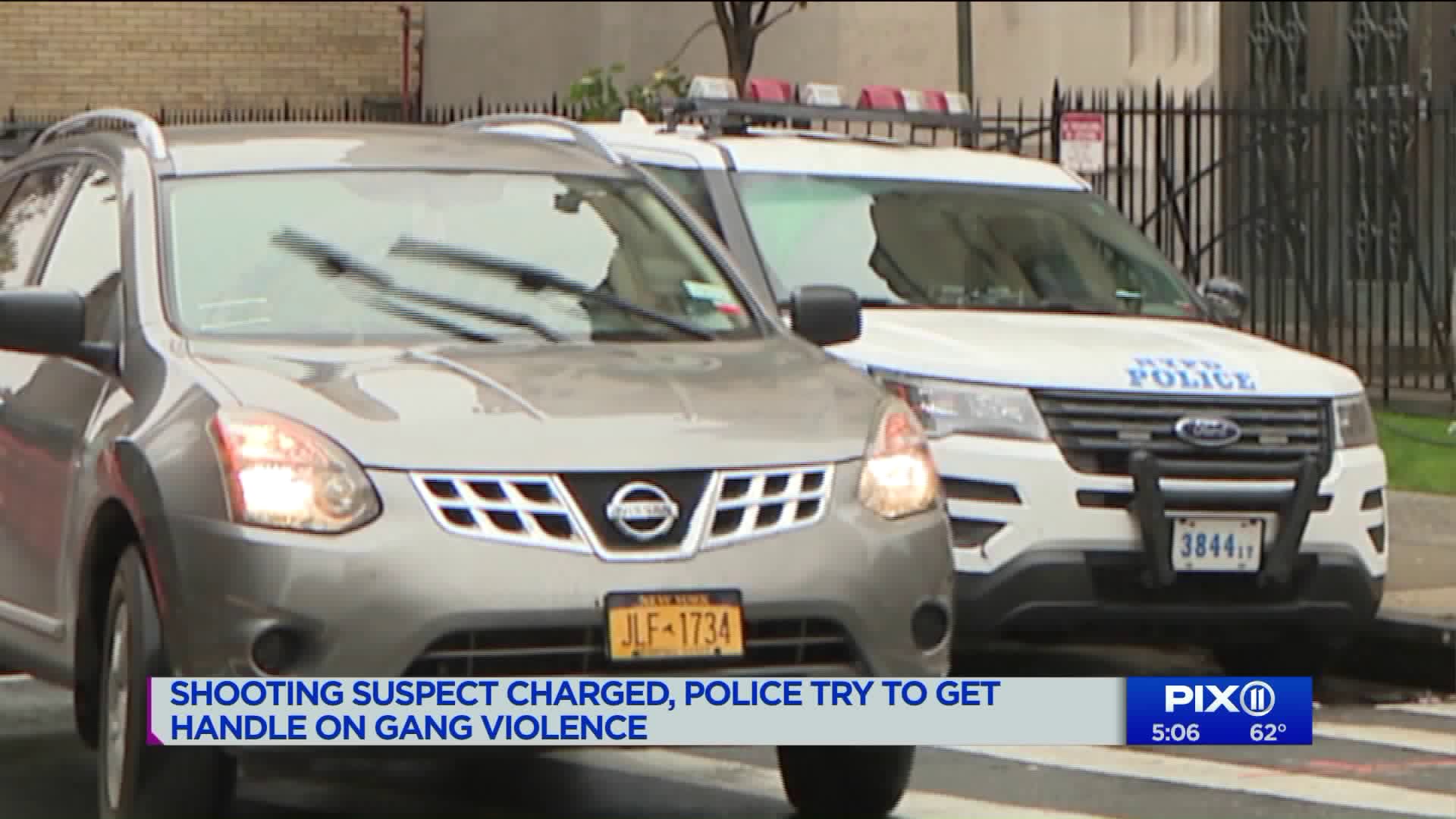 There`s more police presence outside of New Dawn Charter School. which police say this will now be the new normal after a 16 year old girl was hit by a stray bullet. 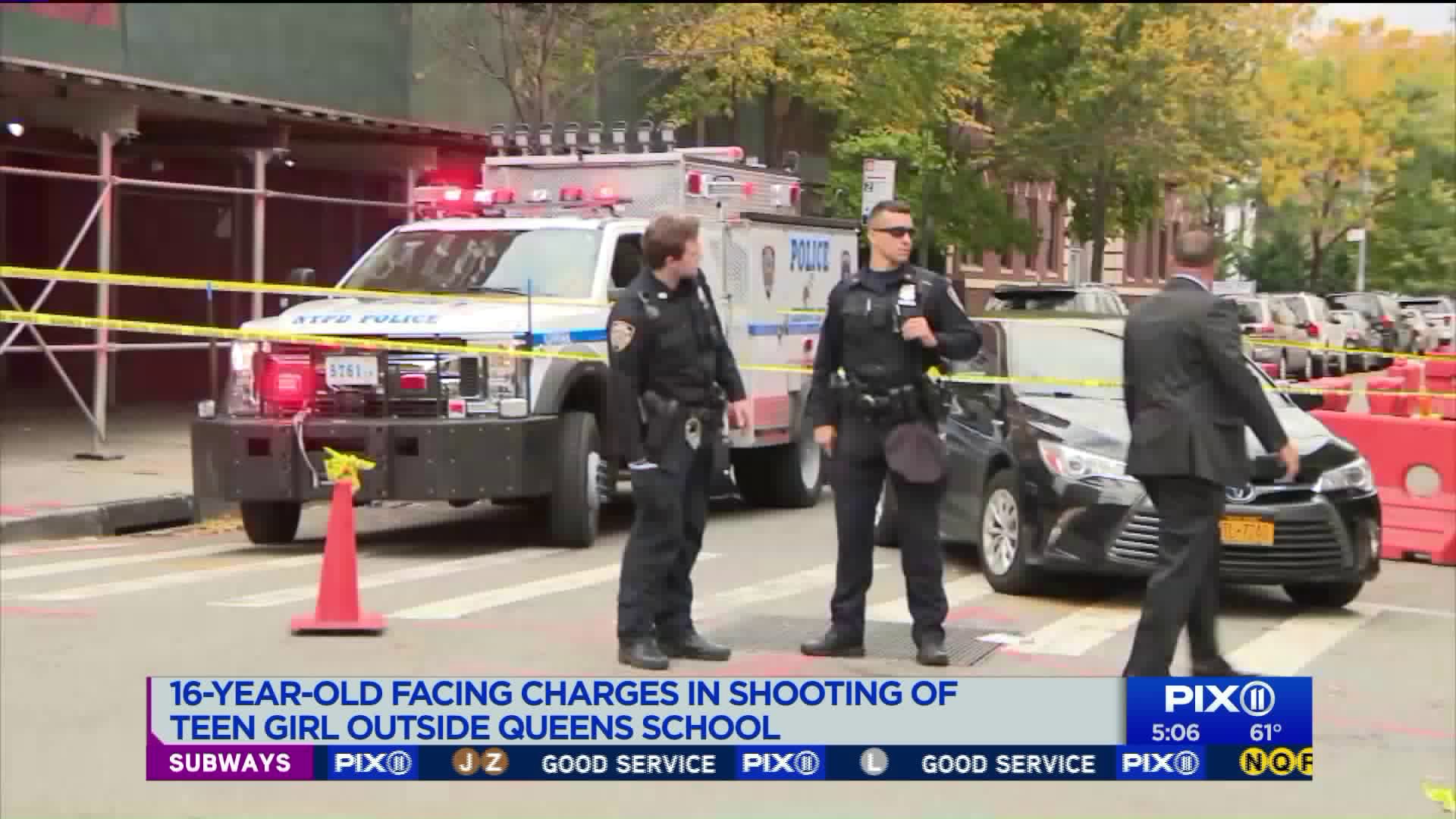 JAMAICA, Queens — A teenage boy has been arrested after a 16-year-old girl was shot in the shoulder by a stray bullet outside her Queens school Monday, police announced Wednesday.

The 16-year-old boy, who has not yet been identified by police, was arrested with two other boys, ages 16 and 17, for shots fired in a separate incident about an hour before the shooting that injured the girl, Dermot F. Shea, Chief of Police said in a tweet late Wednesday night.

The arrest comes just two days after the NYPD released surveillance footage of three males wanted for questioning in connection to the shooting.

At the time, police said the three in the footage were at the scene outside New Dawn Charger School, near 89th Avenue and 161st Street in Jamaica, just before 4 p.m. when a fight broke out.

Moments later shots rang out and the teen girl, an innocent bystander, was struck in the shoulder by a stray bullet, cops said.

The girl's father, Ravie Armoogan, told PIX11's Anthony DiLorenzo Thursday that his daughter is home from the hospital, the bullet still lodged in her shoulder, too close to a main artery for surgery.

He said he's grateful for the arrests made Wednesday, but "the only thing I care about is that my daughter's home."

“The only thing I care about is that my daughter’s home.” Ravie Armoogan grateful for arrests of teens who allegedly shot his daughter after school Mon. in Jamaica. Bullet‘s still lodged in her shoulder a hair from a main artery too dangerous to operate on. @PIX11News @NYPD103Pct pic.twitter.com/CUe9qW3UQo

Authorities believe the intended target in both shootings might have been at both scenes, however that is still not confirmed.

All three teens, who police said have had recent run-ins with authorities, are expected to be charged with the the initial incident, where shots were fired on a bus.

The 16-year-old male is facing charges of attempted murder, criminal possession of a weapon and assault.

Their names have not been disclosed pending authority decision on whether they will be charged as juveniles or adults.

Police said there's been a spike in shootings in Queens South, up 67% in the past month.