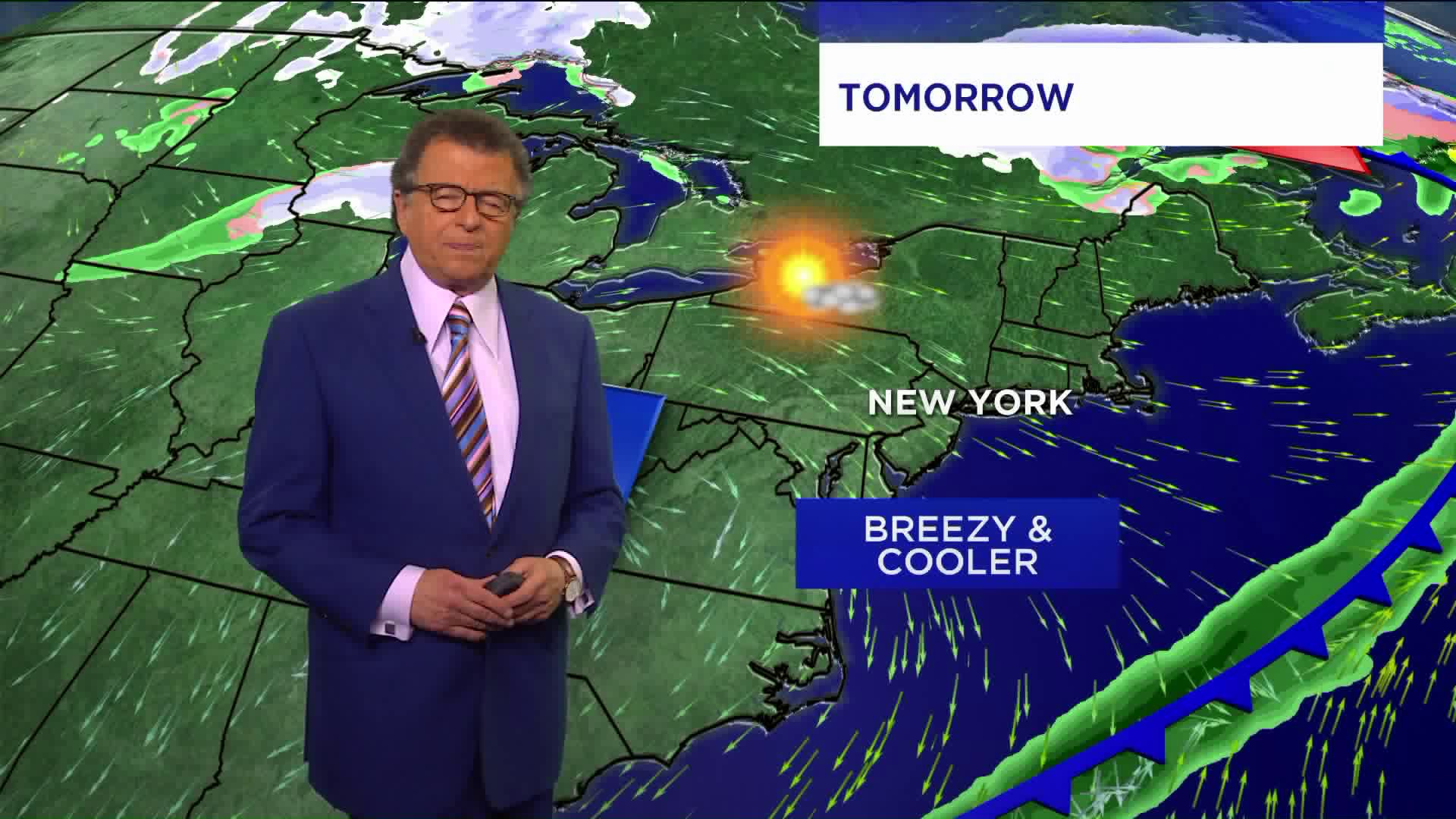 After a dreary Thursday with showers during a good portion of the day, there was a bit of a break late allowing for the trick or treaters to go out. A cold front will move in late in the day and could potentially bring some strong to severe thunderstorms as midnight approaches.

A Wind Advisory will go in effect from 8 p.m. Thursday night until 6 a.m. on Friday. This is all associated with a strong cold front that will kick wind gusts to around 50 mph at times. A High Wind Warning has been issued for the east end of Long Island as gusts may reach 60 mph. The strong winds coupled with the line of thunderstorms could bring down tree limbs, resulting in some scattered power outages.

The lull from the rain during the early evening hours should keep the Village Halloween Parade, among other activities, dry, for the most part. A shower will be possible, but it should stay on the light side and temperatures through the evening will hold near 70.

Eventually, heavier showers will move in later in the evening as the cold front approaches. Gusty thunderstorms will be possible between 10 p.m. and 3 p.m. The risk of localized street flooding cannot be ruled out as well. Temperatures will hold at around 70 before the front arrives. Afterward, cooler air will rush in and temperatures will drop to around 50 by daybreak.

The winds should back down Friday morning, but it will remain breezy for a good portion of the day. Skies will be mostly sunny, but that brisk northwesterly wind will keep temperatures in the 50s.