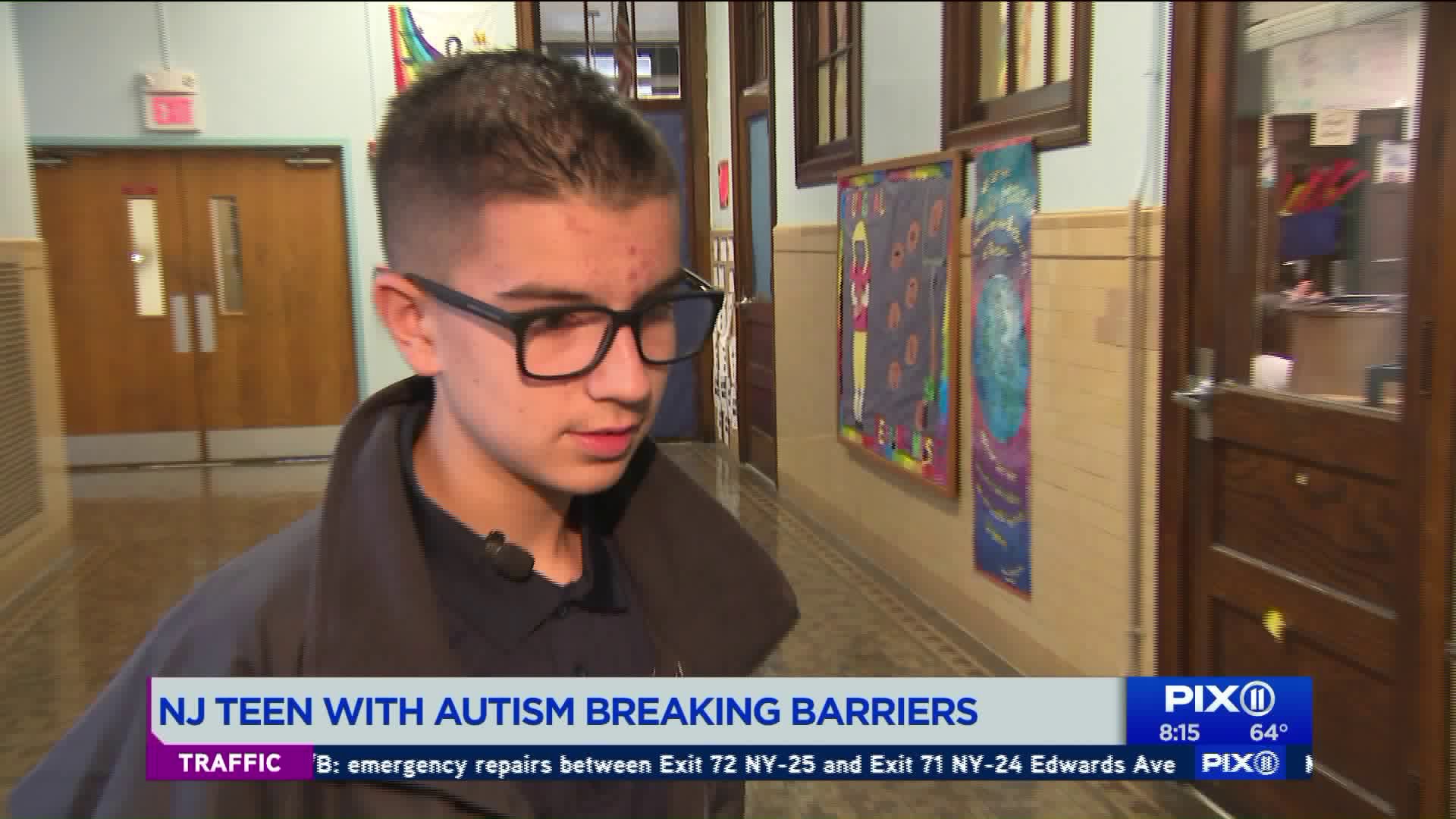 Changing stereotypes and breaking barriers. That`s exactly what is happening at one school in Bayonne, New Jersey where one student is defying the odds, spreading kindness and letting nothing hold him back.

BAYONNE, N.J. — Fourteen-year-old Colin Schaefer is known by everyone at the Woodrow Wilson Elementary School in Bayonne, New Jersey.

A school that prides itself with a motto of "The sun is always shining at Woodrow," and a hashtag of #choosekind.

Kindness runs through Colin's DNA now that he is talking. He is fully aware that he was diagnosed with autism as a child and did not start speaking or communicating with others until he was five years old. At five though, something just changed.

"When I was in kindergarten through 4th grade, they taught me how to speak," says Colin.

Woodrow Wilson prides itself in educating students with autism and integrating them into classrooms with the general student population.

Colin loves the weather. In fact, he now gives weekly weather reports on Facebook. Mixed into one of those weather reports, was a surprise announcement that no one saw coming.

"I am here to share some exciting news, I was thinking I was going to run for student council president," said Schaefer on Facebook.

Colin got right to work, hiring a full campaign staff. They worked for weeks making posters and hanging them around the school. After a grueling campaign against six other students, Colin won.

"The reception that he got from his peers was one of the defining moments for me as an educator," said principal Maureen Brown.

Colin had to give an acceptance speech to a room of over 400 students and faculty — a speech that had a profound message.

"I am proud of who I am and who I've become. We are all different and help each other in many ways," said Colin.

There was not a dry eye in the room.

Colin will now host fundraisers, plan spirit week and don't worry, he will continue to give his now infamous weather reports.