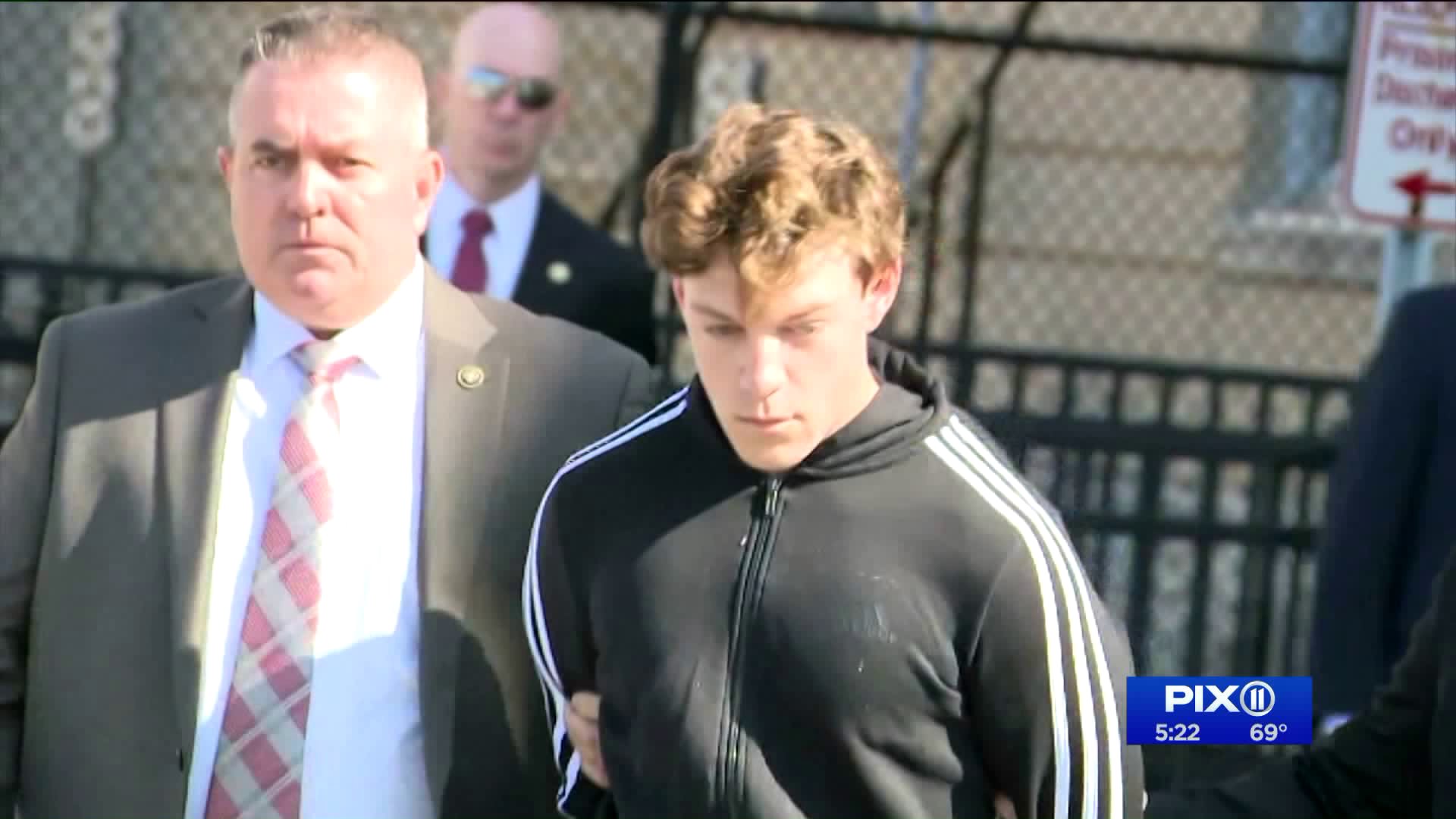 Tyler Flach, 18, was charged with murder in the second degree. Khaseen Morris, 16, was fatally stabbed in the chest. The victim`s sisters were in court on Thursday.

OCEANSIDE, NY — The man accused of stabbing a 16-year-old boy to death in a September Oceanside brawl was indicted Thursday.

Tyler Flach, charged with murder in the second degree, pleaded not guilty. He allegedly fatally stabbed Khaseen Morris, 16, in the chest.

Morris' sisters were in court Thursday wearing the same shirt he was wearing when he was killed.

"It's probably the most difficult experience - besides the death of our brother - facing, or seeing the person that murdered our brother," Keyanna Morris said.

"Tyler Flach very strongly maintains his innocence. This was a melee," he said. "Folks are making statements who were not even there."

Flach, 18, is one of eight people arrested in this case.

The next court date in the trial is Nov. 18.