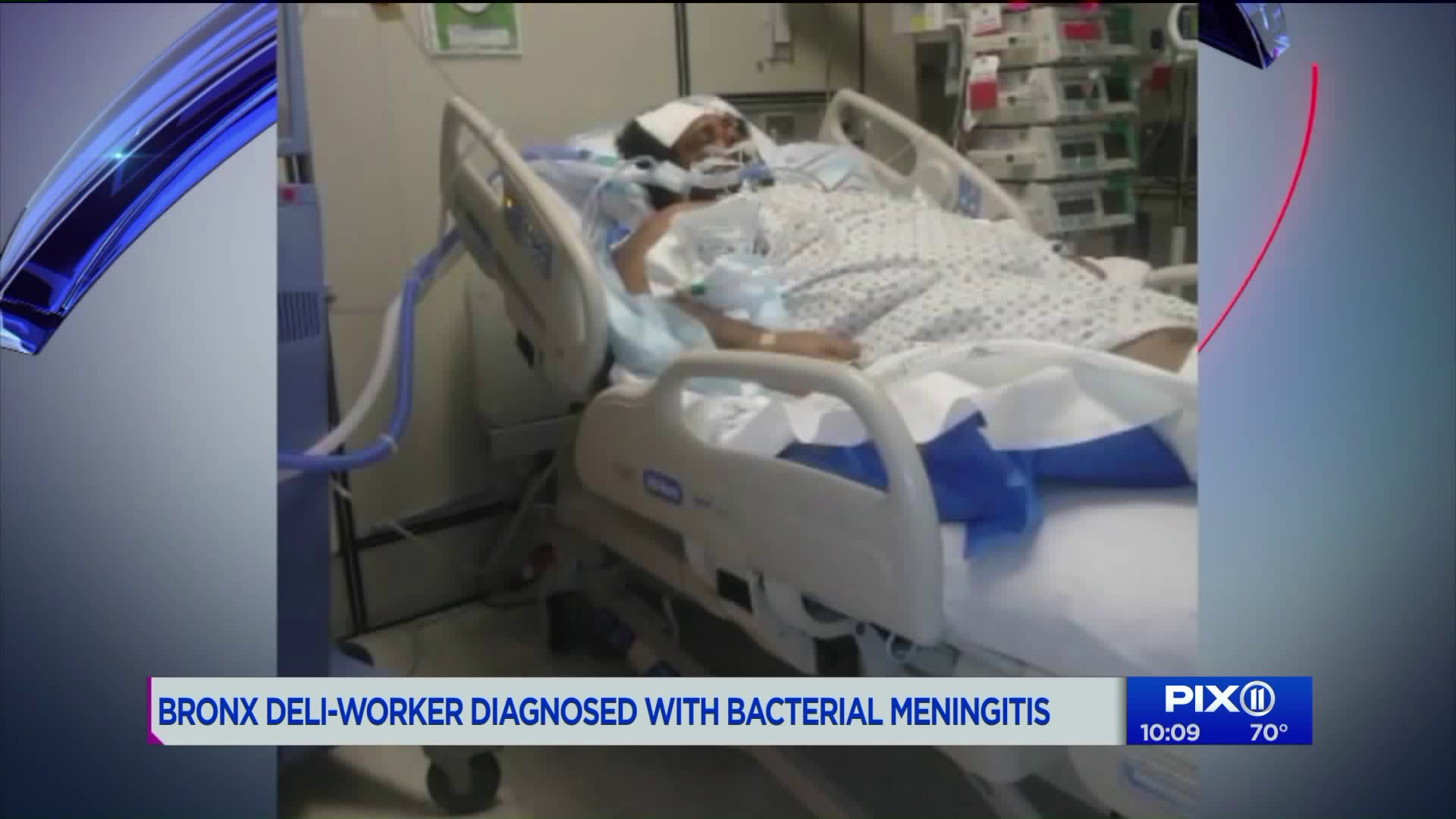 A husband and father of 5 is on life support Lincoln Hospital. His family has been at his bedside while they desperately try to get answers to how this could have happened to him.

MOTT HAVEN, the Bronx — A husband and father of five is on life support Lincoln Hospital.

His family has been at his bedside while they desperately try to get answers to how this could have happened to him.

The 30-year-old is lying in a hospital bed in ICU.

“He’s on life-support he’s not breathing on his own he doesn’t have any brain function.”

Joshua has been at Lincoln since he was rushed there October 21. He fell ill earlier that night suffering from a high fever and a headache He was also disoriented and throwing up.

His condition quickly worsened. His family says he’s been unconscious for 10 days now and was shocked when blood tests led to a diagnosis of bacterial meningitis.

”I feel traumatized seeing him like that, I feel like I’m in a nightmare I can’t get out of,” said Mrs. Franqui. “I still have no answers not one, not a real solid answer that’s going to tell me this is what happened this is how it happened.”

Questions are now arising. Franqui’s wife claims the hospital has not notified the city’s Department of Health.

The family has been living at a nearby shelter. Franqui worked at a deli in the neighborhood. The family says neither place has notified and there’s been no investigation into how Franqui contracted the potentially deadly virus.

Bacterial meningitis is easily spread through coughing and sneezing.

”He’s basically gone and that right there, I can’t process I can’t think of saying that he’s gone,” said Mrs. Franqui.

PIX11 reached out to the Department of Health but we have not heard back.

We also reached out to Lincoln Hospital. Their Statement:

“At NYC Health + Hospitals, the health and safety of our patients is always our number one priority and we take all precautions to isolate and treat any and all suspected cases of communicable diseases. Patient privacy and confidentiality laws prevent us from commenting further on any specific case.”

It’s no solace for a heartbroken wife. “I need to know physically what happened to my husband how why where did he get it from what happened when he walked in the door.”

Franqui’s doctors will perform more tests tomorrow to see if there’s any brain functuon. If there is not, his family willhave to make the very difficult decision of taking him off life support.

You can support the family via GoFundMe here.