19 accused of trying to lure minors for sex 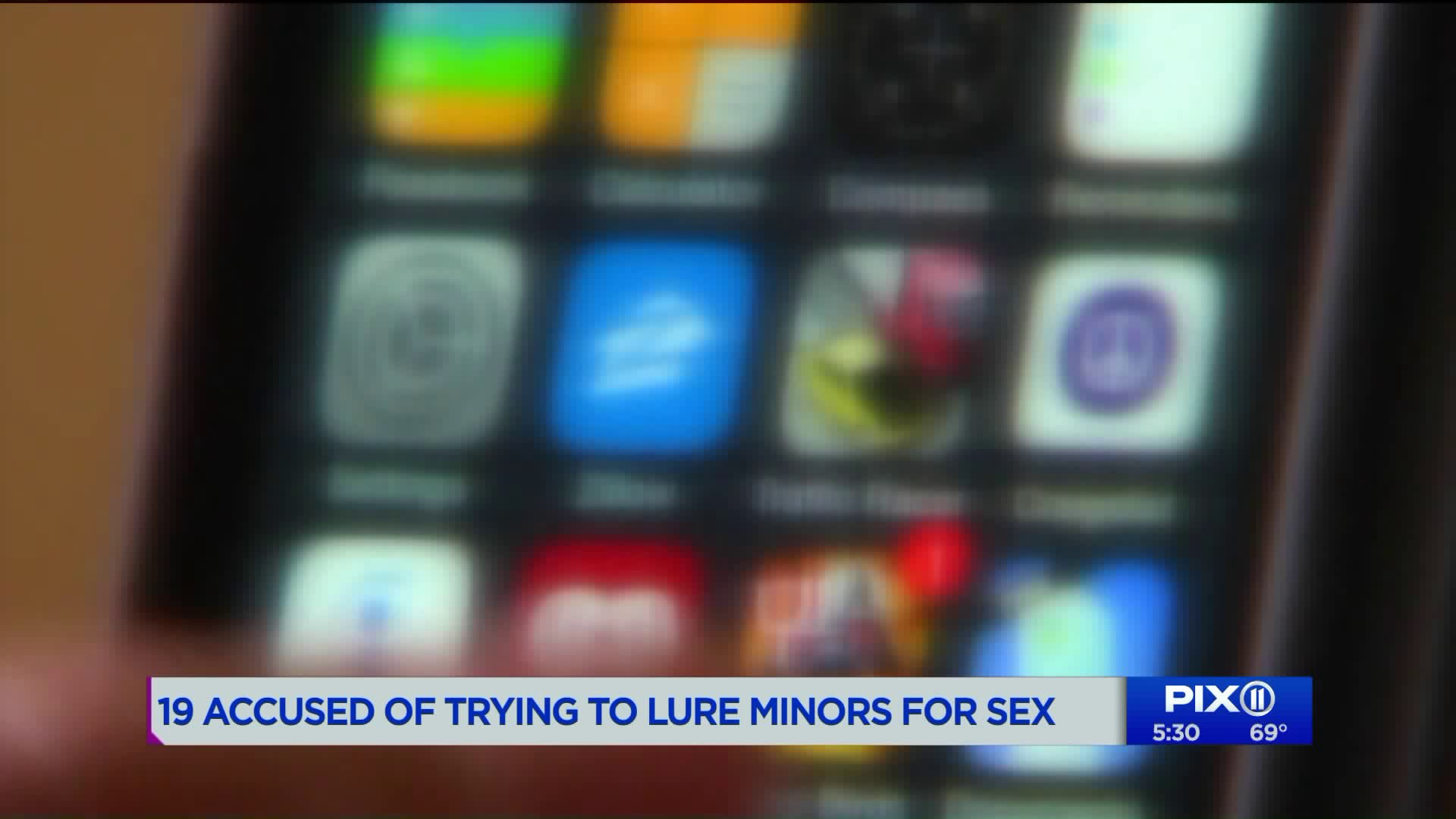 SOMERVILLE, N.J.  — Investigators from more than two dozen law enforcement agencies in New Jersey have arrested 19 people on charges of trying to lure minors for sex.

The arrests were made over a six-day period from Oct. 23 through Oct. 28, according to the Somerset County Prosecutor’s Office, which led the investigation.

One of the suspects traveled to one of the undercover houses from Pennsylvania, investigators said. Two others, they said, were in New Jersey from Indiana on business when they tried to connect with what they thought were 12 to 14 year old boys and girls.

Officials say the suspects mostly used chat functions within popular smartphone apps, including Fortnite, Minecraft, and WhatsApp, to arrange to have sex with minors.

“What they didn’t realize,” Attorney General Grewal said at the news conference, “is they were dealing with highly trained undercover officers.”

Most of the suspects were arrested when they arrived at houses where law enforcement was waiting.

The most important partner in fouling the efforts of sexual predators, law enforcement leaders said, are adults responsible for children’s Internet use.

“We need parents to be vigilant with what their kids are doing on the Internet,” Somerset County Prosecutor Michael Robertson said.

Authorities are cautioning parents to monitor popular social media apps and games, where users can interact with others, including Instagram, Tik Tok, Tumblr, Facebook and KiK.

With children, Grewal said, “at a playground, we watch them and keep an eye on them.”

“So on this new cyber playground,” he continued, “we’ve got to do the same thing.”